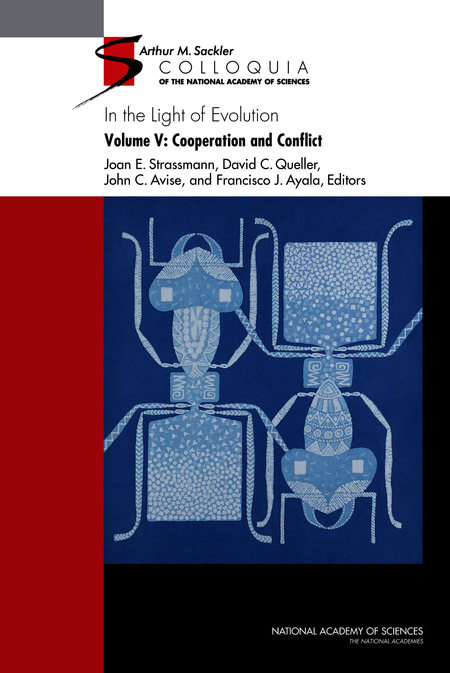 In the Light of Evolution

Biodiversity--the genetic variety of life--is an exuberant product of the evolutionary past, a vast human-supportive resource (aesthetic, intellectual, and material) of the present, and a rich legacy to cherish and preserve for the future. Two urgent challenges, and opportunities, for 21st-century science are to gain deeper insights into the evolutionary processes that foster biotic diversity, and to translate that understanding into workable solutions for the regional and global crises that biodiversity currently faces. A grasp of evolutionary principles and processes is important in other societal arenas as well, such as education, medicine, sociology, and other applied fields including agriculture, pharmacology, and biotechnology. The ramifications of evolutionary thought also extend into learned realms traditionally reserved for philosophy and religion.

The central goal of the In the Light of Evolution (ILE) series is to promote the evolutionary sciences through state-of-the-art colloquia--in the series of Arthur M. Sackler colloquia sponsored by the National Academy of Sciences--and their published proceedings. Each installment explores evolutionary perspectives on a particular biological topic that is scientifically intriguing but also has special relevance to contemporary societal issues or challenges. This book is the outgrowth of the Arthur M. Sackler Colloquium "Cooperation and Conflict," which was sponsored by the National Academy of Sciences on January 7-8, 2011, at the Academy's Arnold and Mabel Beckman Center in Irvine, California. It is the fifth in a series of colloquia under the general title "In the Light of Evolution." The current volume explores recent developments in the study of cooperation and conflict, ranging from the level of the gene to societies and symbioses.

Humans can be vicious, but paradoxically we are also among nature's great cooperators. Even our great conflicts-wars-are extremely cooperative endeavors on each side. Some of this cooperation is best understood culturally, but we are also products of evolution, with bodies, brains, and behaviors molded by natural selection. How cooperation evolves has been one of the big questions in evolutionary biology, and how it pays or does not pay is a great intellectual puzzle. The puzzle of cooperation was the dominant theme of research in the early years of Darwin's research, whereas recent work has emphasized its importance and ubiquity. Far from being a rare trait shown by social insects and a few others, cooperation is both widespread taxonomically and essential to life. The depth of research on cooperation and conflict has increased greatly, most notably in the direction of small organisms.

Although most of In the Light of Evolution V: Cooperation and Conflict is about the new topics that are being treated as part of social evolution, such as genes, microbes, and medicine, the old fundamental subjects still matter and remain the object of vigorous research. The first four chapters revisit some of these standard arenas, including social insects, cooperatively breeding birds, mutualisms, and how to model social evolution.

Loading stats for In the Light of Evolution: Volume V: Cooperation and Conflict...