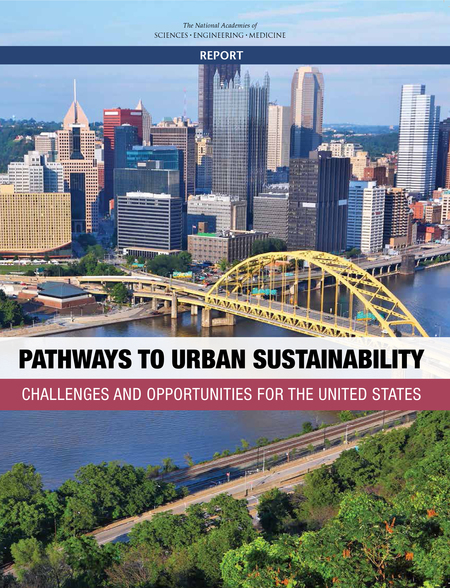 Challenges and Opportunities for the United States

Cities have experienced an unprecedented rate of growth in the last decade. More than half the world’s population lives in urban areas, with the U.S. percentage at 80 percent. Cities have captured more than 80 percent of the globe’s economic activity and offered social mobility and economic prosperity to millions by clustering creative, innovative, and educated individuals and organizations. Clustering populations, however, can compound both positive and negative conditions, with many modern urban areas experiencing growing inequality, debility, and environmental degradation.

The spread and continued growth of urban areas presents a number of concerns for a sustainable future, particularly if cities cannot adequately address the rise of poverty, hunger, resource consumption, and biodiversity loss in their borders. Intended as a comparative illustration of the types of urban sustainability pathways and subsequent lessons learned existing in urban areas, this study examines specific examples that cut across geographies and scales and that feature a range of urban sustainability challenges and opportunities for collaborative learning across metropolitan regions. It focuses on nine cities across the United States and Canada (Los Angeles, CA, New York City, NY, Philadelphia, PA, Pittsburgh, PA, Grand Rapids, MI, Flint, MI, Cedar Rapids, IA, Chattanooga, TN, and Vancouver, Canada), chosen to represent a variety of metropolitan regions, with consideration given to city size, proximity to coastal and other waterways, susceptibility to hazards, primary industry, and several other factors.

Contributor(s): National Academies of Sciences, Engineering, and Medicine; Policy and Global Affairs; Science and Technology for Sustainability Program; Committee on Pathways to Urban Sustainability: Challenges and Opportunities
Login or Register for a free MyNAP member account to save 10% off online and receive other benefits. [Learn More]

Loading stats for Pathways to Urban Sustainability: Challenges and Opportunities for the United States...