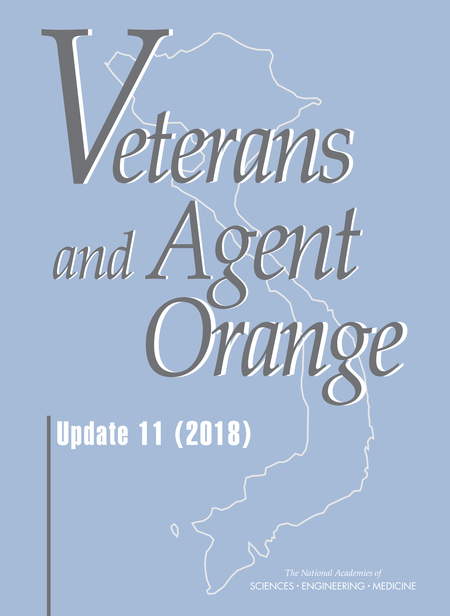 From 1962 to 1971, the U.S. military sprayed herbicides over Vietnam to strip the thick jungle canopy that could conceal opposition forces, to destroy crops that those forces might depend on, and to clear tall grasses and bushes from the perimeters of US base camps and outlying fire-support bases. Mixtures of 2,4-dichlorophenoxyacetic acid (2,4-D), 2,4,5-trichlorophenoxyacetic acid (2,4,5-T), picloram, and cacodylic acid made up the bulk of the herbicides sprayed. The main chemical mixture sprayed was Agent Orange, a 50:50 mixture of 2,4-D and 2,4,5-T. At the time of the spraying, 2,3,7,8-tetrachlorodibenzo-p-dioxin (TCDD), the most toxic form of dioxin, was an unintended contaminant generated during the production of 2,4,5-T and so was present in Agent Orange and some other formulations sprayed in Vietnam.

Because of complaints from returning Vietnam veterans about their own health and that of their children combined with emerging toxicologic evidence of adverse effects of phenoxy herbicides and TCDD, the National Academies of Sciences, Engineering, and Medicine was asked to perform a comprehensive evaluation of scientific and medical information regarding the health effects of exposure to Agent Orange, other herbicides used in Vietnam, and the various components of those herbicides, including TCDD. Updated evaluations were conducted every two years to review newly available literature and draw conclusions from the overall evidence. Veterans and Agent Orange: Update 11 (2018) examines peer-reviewed scientific reports concerning associations between various health outcomes and exposure to TCDD and other chemicals in the herbicides used in Vietnam that were published between September 30, 2014, and December 31, 2017, and integrates this information with the previously established evidence database.

Contributor(s): National Academies of Sciences, Engineering, and Medicine; Health and Medicine Division; Board on Population Health and Public Health Practice; Committee to Review the Health Effects in Vietnam Veterans of Exposure to Herbicides (Eleventh Biennial Update)
Login or Register for a free MyNAP member account to save 10% off online and receive other benefits. [Learn More]

Click here to obtain permission for the above reuses.If you have questions or comments concerning the Rightslink service, please contact: