Visit NAP.edu/10766 to get more information about this book, to buy it in print, or to download it as a free PDF.
Page i Share Cite
Suggested Citation:"Front Matter." National Research Council. 1988. Enhancing Human Performance: Issues, Theories, and Techniques. Washington, DC: The National Academies Press. doi: 10.17226/1025.
×

Next: Part I Overview »
Enhancing Human Performance: Issues, Theories, and Techniques Get This Book
× 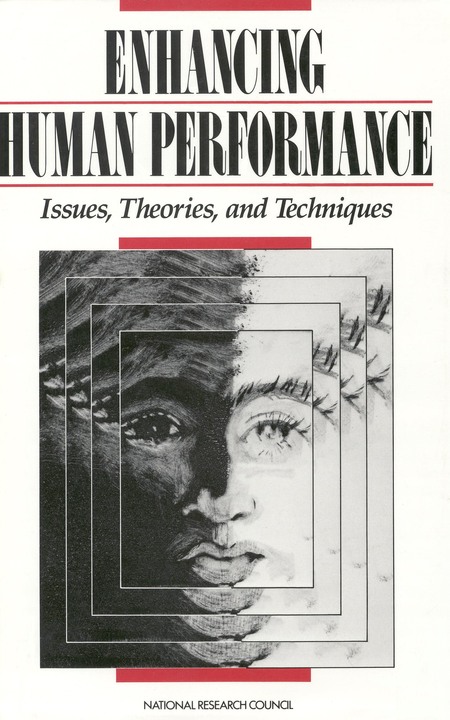 In its evaluation, Enhancing Human Performance reviews the relevant materials, describes each technique, makes recommendations in some cases for further scientific research and investigation, and notes applications in military and industrial settings. The techniques address a wide range of goals, from enhancing classroom learning to improving creativity and motor skills.