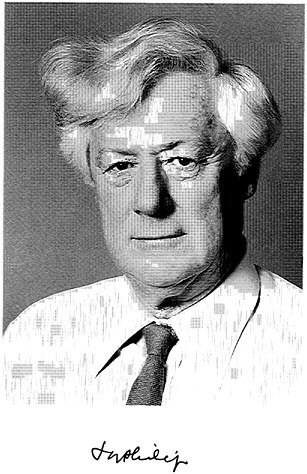 JOHN ROBERT PHILIP, Australia’s most distinguished environmental physicist and mathematician, was struck by a car and killed in Amsterdam on June 26, 1999. The accident happened while John was on his way to deliver a series of scientific lectures in the United States, following a two-week sojourn at the Centre for Mathematics and Computer Science in Amsterdam and an earlier visit to Ben Gurion University in Israel.

John was born at Ballarat in rural Victoria on January 18, 1927. His father was a dairy inspector and his mother a teacher and Methodist lay preacher. From his father he drew a passionate enthusiasm for Australian Rule football and cricket; from his mother, a lifelong love of learning and a knowledge of the Bible. Yet at age thirteen, John rose and left an evangelical service, declaring himself agnostic. He was supported in this act of defiance by Frances Julia Long, his wife-to-be.

John displayed prodigious mathematical talent at an early age and won an open scholarship to Scotch College (high school) in Melbourne, his ticket out of depression era rural poverty. There he was encouraged to write poetry, which remained a life-time avocation and appeared in numerous literary publications as well as the standard collection of Australian verse. John matriculated at fifteen to enter Queens College at the University of Melbourne. At nineteen he received a bachelor’s degree in civil

engineering, an experience he described later as “very ordinary indeed,” its “take home” message having been that “all things are understood, and all a young engineer needs to know is what handbook to use. ”

John was appointed by the university as graduate assistant in agricultural engineering and was seconded to the Common-wealth Scientific and Industrial Research (later to become Commonwealth Scientific and Industrial Research Organization [CSIRO]) Irrigation Research Station in Griffith. Here he discovered that, to agricultural scientists struggling to deal with the hydraulics of furrow irrigation, all things were not understood and there was no handbook with ready answers. It was up to John to deploy a then-limited armory of mathematical tools, coupled with his acute physical insight, to start identifying and eventually solving a vast array of unresolved problems concerning the movement of water, energy, solutes, and gases through the natural environment of soils, plants, and the atmosphere. In John’s recent words, “I blundered into a line of work that has turned out, over the past fifty years, to be more fun than work. ”

John’s funding ran out after a year and he joined the Queensland Water Supply Commission as an engineer responsible for design of irrigation supply canals. At that time he married Frances and, together with her, developed strong links to the world of art and ideas. When he left the commission, a letter of reference extolled John’s engineering talents but cautioned about his bohemian appearance and behavior. Despite this cautionary note, the impact of John’s work earned him a research contract at the CSIRO Division of Plant Industry at Deniliquin, New South Wales. He took up his position in 1951. Due to an acute postwar housing shortage, the newlyweds had to live in a tent on the banks of the Edwards River. John’s time in Deniliquin was remarkably creative and set the scene for much of his future work.

At age twenty-six, John proposed to the CSIRO a major and unique initiative in integrated land and water research, for which there was no parallel elsewhere. It took the organization more than forty years to partially implement this remarkably farsighted vision.

A month after John joined CSIRO, Otto Frankel (later Sir Otto), a distinguished plant geneticist, was charged with revitalizing the then-somewhat moribund division. On the advice of Professors John Jaeger and Pat Moran of the Australian National University, Otto freed John to pursue independent research in agricultural physics. John set out to develop a mathematically rigorous theory of water movement and heat flow in shallow agricultural soils. One of his first and most important achievements was the development of an equation for the rate at which water seeps into a partially saturated soil, now widely known as the Philip infiltration model. This and related work earned him a D. Sc. in physics from the University of Melbourne in 1960, followed by an honorary D. Eng.

In 1959 John became head of the Agricultural Physics Section of Plant Industry and moved to Canberra in 1964. There he assembled a team of researchers to work on fluid mechanics of porous media, micrometeorology, plant physical ecology, and soil physics. A bequest to the CSIRO provided funds for the F. C. Pye Laboratory, designed by Ken Woolley, whose frugal elegance fosters scientific interaction and accommodates a multiplicity of functions. The group became the Division of Environmental Mechanics in 1970, with John Philip as chief. He occupied this position for twenty years. He took on additional administrative responsibilities as director of the CSIRO Institute of Physical Sciences. In a report drafted to the Royal Commission on Australian Government Administration, John championed scientific autonomy by describing the necessary environment for effective and creative scientific research. It is now a minor classic in the field.

Though he retired to become the first CSIRO fellow emeritus in 1992, John continued to do full-time research at CSIRO Land and Water in Canberra, producing a substantial body of new work each year.

John’s rich scientific oeuvre includes major contributions to the understanding and analysis of multiphase flow and energy transport in porous media. He laid the mathematical foundations for the physics of water flow and heat transfer in unsaturated soils. He developed seminal theories and engineering ap

proximations for water infiltration into unsaturated soils, thermally induced water movement in porous media, flow and volume change in swelling soils, mechanics of electrical double layers, hydrodynamic stability of fluid interfaces, capillary condensation and physical absorption, flow of non-Newtonian liquids in porous media, pollution of groundwater by hydrocarbons, and water flow around subterranean cavities. John pioneered the concept of soil-plant-atmosphere as a thermodynamic continuum for water transfer and developed theories of heat and mass transfer within vegetation canopies, dynamics of osmotic cells, and diffusion of tissue turgor in physiology. In addition, he studied diurnal and annual water cycles as well as annual cycles of carbon dioxide sublimation and condensation on Mars. His contributions are summarized in more than 300 skillfully crafted scientific papers that are models of brevity and precision. In some, the gap between two equations represents many days of work. Editors and reviewers who had the temerity to recommend changes received short shrift. Those who could not follow his mathematics were beyond the pale.

John’s prolific solutions to a wide range of fundamental and applied problems of environmental science have made him a world-renowned and honoured authority on porous media and the soil-plant-atmosphere system. The powerful influence and great originality of John’s work are reflected in more than 4,500 citations at his death.

John was a fellow of the Australian Academy of Science, the Royal Society of London, the Royal Meteorological Society, and the Soil Science Society of America. He was a foreign member of the All-Union (now Russian) Academy of Agricultural Sciences, and the second Australian foreign associate of the U. S. National Academy of Engineering. He was the recipient of the 1995 International Hydrology Prize. In 1998 he was made an officer of the Order of Australia for “services to the science of hydrology. ” One prize he appreciated enormously was the Jaeger Medal of the Australian Academy of Science, awarded to him in April 1999. John Jaeger was John’s only and highly influential scientific mentor.

John Philip is survived by his wife, Frances, a notable Australian painter; their adult sons, Peregrine and Julian; and daughter, Candida.

Next: Otto H. Schmitt »
Memorial Tributes: Volume 10 Get This Book
×