Visit NAP.edu/10766 to get more information about this book, to buy it in print, or to download it as a free PDF.
Page i Share Cite
Suggested Citation:"Front Matter." National Research Council. 1984. Improving Energy Demand Analysis. Washington, DC: The National Academies Press. doi: 10.17226/10457.
×

Preface Since 1980 a Committee on Behavioral and Social Aspects of Energy Consumption and Production has been functioning within the National Research Council to draw on knowledge from the social and behavioral sciences to improve under- standing of energy consumption and production in the United States. That committee's report (Stern and Aronson, 1984) developed a new perspective on energy issues and applied it to three areas of energy policy: energy use and conservation, energy emergencies, and energy activity at the local level. The committee's behavioral perspective on energy use was very different from that usually used in energy demand models; in fact, the committee's report directly questioned the typical assumption that energy users can be adequately characterized as rational economic actors making choices in a market. In light of this report, as well as some evidence that demand models had not been functioning adequately to forecast changes in energy markets, the Office of Policy, Planning, and Analysis of the U. S. Department of Energy called upon the committee in 1983 to further examine the behavioral factors identified in its earlier work also as to inform policy analysis and enhance current analytical techniques, especially energy policy models. n The charge was to explore questions such as the following: 1. Do consumers respond to levels of energy prices, changes in price, or the rate of change in price? In other words, are responses to "price shocks" different from ordinary price responses? 2. How is the price elasticity of demand affected by other dynamically changing forces, such as the quality of energy information available to producers and consumers? v

3. Is a secular change beginning in consumer preferences that will affect energy demand over the long term independently of market events? 4. What might be useful early indicators of secular trends in consumer preference, interactions between energy prices and other variables, or other postulated influences on energy demand? 5. How could future projections of energy demand take issues such as the above into account? The Department of Energy recognized that it would be impossible to answer all these questions on the basis of existing knowledge; the hope was rather to build a bridge between the analyses of social and behavioral scientists on one side and energy demand modelers on the other, and to thus improve communication between the groups in order to develop better energy analyses. Examining the fields of expertise needed for the task led the committee to the decision that it would be most appropriate to create a new group, the Panel on Energy Demand Analysis. The panel's members vary widely in perspective and training. Some have studied energy demand from the perspective of economics and others from the viewpoints of other behavioral sciences. Some have been generally sympathetic to the modeling enterprises and others have been critical. In spite of--or perhaps because of--such differences, the panel rapidly converged on a shared definition of its work. Since the time frame for the report was quite con- strained and the resources available were quite limited (insufficient, for example, to commission comprehensive literature reviews, large-scale data collection projects, or complete analyses of demand models in use for energy demand predictions), the essential task of the panel had to be a more general and abstract analysis of various analytic strategies for predicting energy demand and evaluating policy options. As would be expected, given the constraints, the panel often raised questions without attempting to provide the answers. One of the major con- clusions of our report is that extensive data collection efforts and theoretical development are necessary before it will be possible to make adequate demand forecasts or thorough and reliable policy analyses. Although this report is a document of the whole panel, the chapters reflect a division of labor in writing. Chapter 1 was drafted by Paul Stern; Chapter 2 was drafted by Daniel Hill; Chapter 3 was a collaboration of Paul V1

Stern, Linda Berry of Oak Ridge National Laboratory, and Eric Hirst; Chapter 4 was drafted by John Darley and Paul Stern; Chapter 5 was drafted by Daniel McFadden; and Chapter 6 was a group product that Paul Stern put into its final form. AS has already been mentioned, the report was produced in what, at least to an academic, seems to be a remarkably short period of time and while the panel members were heavily engaged in their regular patterns of activities. For these reasons, as well as his own skills and knowledge in the area, a considerable share of the final writing and editing of the report was done by Paul Stern, the panel's study director. Helpful comments were received from James Morgan and Thomas Wilbanks of the parent committee and from reviewers for the Commission on Behavioral and Social Sciences and Education. In addition, it is a pleasure to express appreciation to several other people who made important contributions to the panel's work. These include John Corliss, John Stanley-Miller, and Barry McNutt of the Department of Energy; David Goslin and Heidi Hartmann, executive director and associate executive director of the Commission on Behavioral and Social Sciences and Education; and Eugenia Grohman, the Commission's associate director for reports. JOHN M. DARLEY, Chair Panel on Energy Demand Analysis · ~ V11

4 THE EFFECTS OF INFORMATION ON ENERGY-EFFICIENT INVESTMENT How Complete IS Consumers' Information?' 62 How Does Information Affect Behavior?, 68 Conclusions, 74 s 61 BEHAVIORAL STUDY OF APPLIANCE EFFICIENCY DECISIONS 75 Issues and Limitations of Current Analysis, 76 The Ideal Data for Behavioral Study of Appliance Choices, 81 Practical Alternatives for Data Collection, 83 CONCLUSIONS AND RECOMMENDATIONS The Role of Formal Models, 87 The Role of Problem-Oriented Research, 91 The Role of Data Collection, 97 Using Various Research Methods in Concert, 101 REFERENCES APPENDIX A INCORPORATING DATA FROM PROBLEM-CENTERED RESEARCH ON INCENTIVES AND INFORMATION IN FORMAL DEMAND MODELS APPENDIX B BIOGRAPHICAL SKETCHES OF PANEL MEMBERS AND STAFF x 86 105 117 120

Next: 1 Formal Modeling and Problem-Oriented Research »
Improving Energy Demand Analysis Get This Book
× 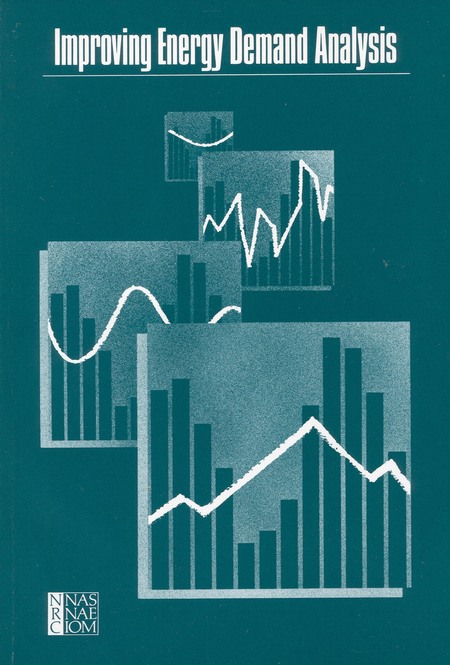