THRESHOLD TEST BAN TREATY 341 Article l l l The provisions of this Treaty do not extend to underground nuclear explosions carried out by the Parties for peaceful purposes. Underground nuclear explosions for peaceful purposes shall be governed by an agreement which is to be negotiated and concluded by the Parties at the earliest possible time. Article IV This Treaty shall be subject to ratification in accordance with the constitutional procedures of each Party. This Treaty shall enter into force on the day of the exchange of instruments of ratification. -- Article V 1. This Treaty shall remain in force for a period of five years. Unless replaced earlier by an agreement in implementation of the objectives specified in paragraph 3 of Article I of this Treaty, it shall be extended for successive five-year periods unless either Party notifies the other of its termination no later than six months prior to the expiration of the Treaty. Before the expiration of this period the Parties may, as necessary, hold consultations to consider the situation relevant to the substance of this Treaty and to introduce possible amendments to the text of the Treaty. 2. Each Party shall, in exercising its national sovereignty, have the right to withdraw from this Treaty if it decides that extraordinary events related to the subject matter of this Treaty have jeopardized its supreme interests. It shall give notice of its decision to the other Party six months prior to withdrawal from this Treaty. Such notice shall include a statement of the extraordinary events the notifying Party regards as having jeopard ized its su preme i nterests. 3. This Treaty shall be registered pursuant to article 1020ftheCharteroftheUnited Nations. DONE at Moscow on July3, 1974, in duplicate, in the English and Russian languages, both texts being equally authentic. For the United States of America: RICHARD NIXON, The President of the United States of America For the Union of Soviet Socialist Republics: L. BREZHNEV, General Secretary of the Central Committee of the CPSU.

Protocol to the Treaty Between the United States of America and the Union of Soviet Socialist Republics on the Limitation of Underground Nuclear Weapon Tests The United States of America and the Union of Soviet Socialist Republics, herein- after referred to as the Parties, Having agreed to limit underground nuclear weapon tests, Have agreed as follows: 1. For the Purpose of ensuring verification of compliance with the obligations of the Parties under the Treaty by national technical means, the Parties shall, on the basis of reciprocity, exchange the following data: a. The geographic coordinates of the boundaries of each test site and of the boundaries of the geophysically distinct testing areas therein. b. Information on the geology of the testing areas of the sites (the rock charac- teristics of geological formations and the basic physical properties of the rock, i.e., density, seismic velocity, water saturation, porosity and the depth of water table). c. The geographic coordinates of underground nuclear weapon tests, after they have been conducted. d. Yield, date, time, depth and coordinates for two nuclear weapon tests for calibration purposes from each geophysically distinct testing area where underground nuclear weapon tests have been and are to be conducted. In this connection the yield of such explosionsforcalibration purposesshould tee es near es possible to the limit defined in Article I of the Treaty and not less than one-tenth of that limit. In the case of testing areas where data are not available on two tests for calibration purposes, the data pertaining to one such test shall be exchanged, if available, and the data pertaining to the second test shall be exchanged as soon as possible after the second test having a yield in the above-mentioned range. The provisions of this Protocol shall not require the Parties to conduct tests solely for calibration purposes. 2. The Parties agree that the exchange of data pursuant to subparagraphs a, b, and d of paragraph 1 shal I be carried out simultaneously with the exchange of instruments of ratification of the Treaty, as provided in Article IV of the Treaty, having in mind that the Parties shall, on the basis of reciprocity, afford each other the opportunity to familiarize themselves with these data before the exchange of instruments of ratification. 3. Shou Id a Party specify a new test site or testing area after the entry into force of the Treaty, the data Cal led for by su bparag raphs a and b of paragraph 1 shal I be transm itted to the other Party in advance of use of that site or area. The data called for by subparagraph d of paragraph 1 shall also be transmitted in advance of use of that site or area if they are available; if they are not available, they shall be transmitted as soon as possible after they have been obtained by the transmitting Party. 4. The Parties agree that the test sites of each Party shall be located at places under its jurisdiction or control and that all nuclear weapon tests shall be conducted solely within the testing areas specified in accordance with paragraph 1. 342

THRESHOLD TEST BAN TREATY 343 5. For the purposes of the Treaty, all underground nuclear explosions at the specified test sites shall be considered nuclear weapon tests and shall be subject to all the provisions of the Treaty relating to nuclear weapon tests. The provisions of Article lil of the Treaty apply to all underground nuclear explosions conducted outside of the specified test sites, and only to such explosions. This Protocol shall be considered an integral part of the Treaty. DONE at Moscow on July 3, 1974. For the United States of America: RICHARD M. NIXON, The President of the United States of America For the Union of Soviet Socialist Republics: L. BREZHNEV, General Secretary of the Central Committee of the CPSU. 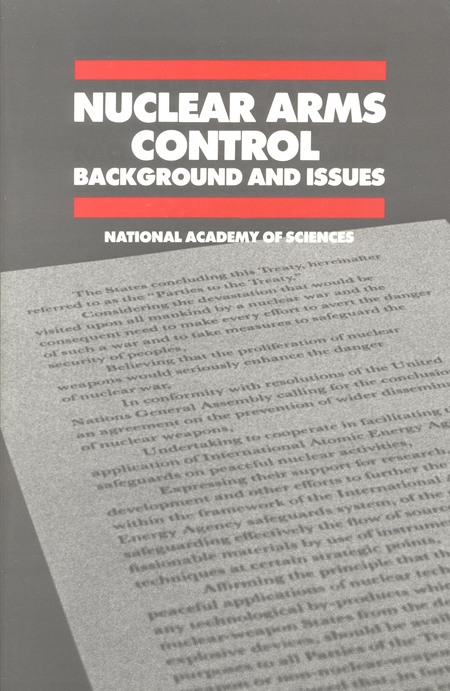