Get This Book
Visit NAP.edu/10766 to get more information about this book, to buy it in print, or to download it as a free PDF.
« Previous: Appendix G: Controlling Power Systems
Page 142 Share Cite
Suggested Citation:"Appendix H: R&D Needs for the Power Delivery System." National Research Council. 2012. Terrorism and the Electric Power Delivery System. Washington, DC: The National Academies Press. doi: 10.17226/12050.
×

Terrorism and the Electric Power Delivery System Get This Book
× 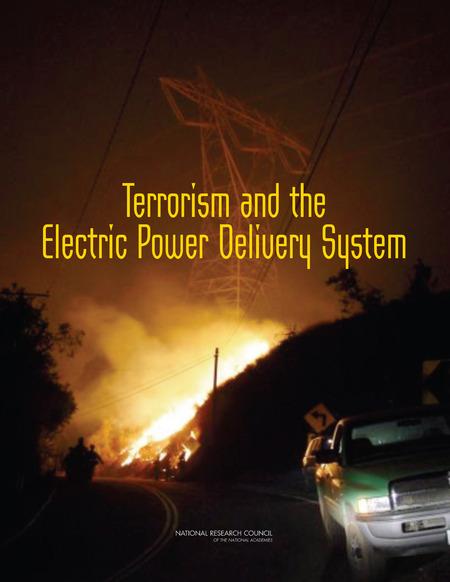 The electric power delivery system that carries electricity from large central generators to customers could be severely damaged by a small number of well-informed attackers. The system is inherently vulnerable because transmission lines may span hundreds of miles, and many key facilities are unguarded. This vulnerability is exacerbated by the fact that the power grid, most of which was originally designed to meet the needs of individual vertically integrated utilities, is being used to move power between regions to support the needs of competitive markets for power generation. Primarily because of ambiguities introduced as a result of recent restricting the of the industry and cost pressures from consumers and regulators, investment to strengthen and upgrade the grid has lagged, with the result that many parts of the bulk high-voltage system are heavily stressed.

Electric systems are not designed to withstand or quickly recover from damage inflicted simultaneously on multiple components. Such an attack could be carried out by knowledgeable attackers with little risk of detection or interdiction. Further well-planned and coordinated attacks by terrorists could leave the electric power system in a large region of the country at least partially disabled for a very long time. Although there are many examples of terrorist and military attacks on power systems elsewhere in the world, at the time of this study international terrorists have shown limited interest in attacking the U.S. power grid. However, that should not be a basis for complacency. Because all parts of the economy, as well as human health and welfare, depend on electricity, the results could be devastating.

Terrorism and the Electric Power Delivery System focuses on measures that could make the power delivery system less vulnerable to attacks, restore power faster after an attack, and make critical services less vulnerable while the delivery of conventional electric power has been disrupted.