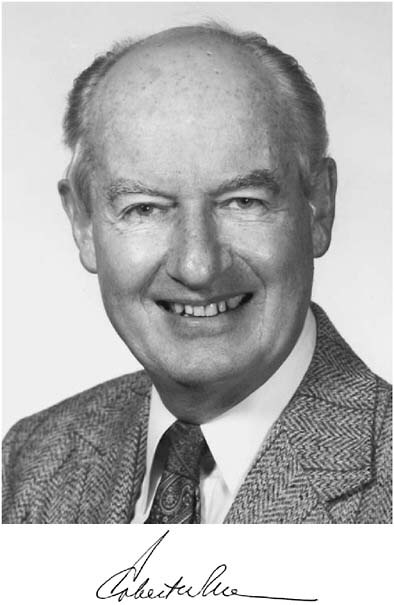 “For contributions to design education and to the advancement of biomedical engineering.”

BY THE MIT NEWS OFFICE

ROBERT W. MANN, born in 1924 in Brooklyn, New York, attended Brooklyn Technical High School, after which he entered the U.S. Army and served in the Pacific Theater in World War II. He came to Massachusetts Institute of Technology (MIT) as a student on the GI Bill in 1947 and received his S.B. in 1950, his S.M. in 1951, and his Sc.D. in 1957.

Robert Mann joined the MIT faculty in 1953 and was a professor of mechanical engineering for almost 40 years. During that time, he was also Whitaker Professor of Biomedical Engineering and, from 1974 until his retirement in 1992, director of the MIT Eric P. and Evelyn E. Newman Laboratory for Biomechanics and Human Rehabilitation.

Robert Mann was a leader in the field of design. In fact, he was instrumental in turning design into a discipline. During the 1950s, Professor Mann’s research on internal power systems led to the development of the Sparrow I and III and Hawk missiles. But by the mid-1960s, his research was focused primarily on applying technology to human disabilities.

In 1997, during a talk at MIT about his fruitful career, Mann characteristically combined modesty and enthusiasm in describing how he made the switch from “powering rockets to powering people.” A fellow veteran who had lost his sight and one arm in the Battle of the Bulge inspired his first

applications of technology to helping people with disabilities. In collaboration with John Kenneth Dupress, the blind veteran, and others, Mann inaugurated the Sensory Aids Evaluation and Development Project in 1964. English-to-Braille computer translation systems, the award-winning MIT Braille Embosser, and electronic travel aids for the blind resulted from that project.

Dr. Mann also applied his knowledge of computer-aided design—another area in which he was a pioneer—to his experience with powering rocket systems and his commitment to helping people with disabilities. His Boston Arm was the first artificial limb to be controlled by a combination of biology and technology. Through studies of skeletal joints and osteoarthritis, together with related computer-aided imagery, he explicated the biomechanical role of cartilage and made the only measurements of pressures on and in cartilage in vivo in the human hip. He designed a caliper-like sizing device to ensure that the replacement ball used in hip surgery fit perfectly. While teaching and mentoring graduate students at MIT, Robert Mann, along with Woodie C. Flowers (then a graduate student, now Pappalardo Professor of Mechanical Engineering) was also involved in the development of the MIT Knee.

Professor Mann’s service to MIT was as innovative as his research on biomechanics. He was a devoted teacher, advisor for more than 300 theses at MIT, and nurturer of MIT’s sense of community. He transformed the design curriculum in mechanical engineering in the 1960s when he introduced project-oriented courses that involved students in the entire design process. He was president of the Association of Alumni and Alumnae of MIT from 1983 to1984, only the second faculty member to hold that position in the twentieth century, and he was president of the Class of 1950 for 50 years. In recognition of his contributions to MIT, the institute awarded him two endowed chairs, and in 1983–1984, the James R. Killian Jr. Faculty Achievement Award, which was established to “recognize extraordinary professional accomplishments of full-time members of the MIT faculty.” He also received the Bronze

Beaver in 1975, the highest honor awarded by the Association of Alumni and Alumnae.

Beyond MIT, Robert Mann’s contributions to other organizations and communities are almost too numerous to mention. He was a member of the Advisory Committee of the National Braille Authority and a member of the National Research Council Committee on the Skeletal System and Prosthetics Research and Development and founder and chair of the Subcommittee on Sensory Aids. He was also director and president of the Carroll Center for the Blind, trustee and president of the National Braille Press, and a consultant on engineering science at Massachusetts General Hospital.

Robert Mann met and married Margaret Florencourt, a researcher at MIT on the Whirlwind Computer Project, in 1950. Margaret died in 2002. He is survived by a son, Robert Jr. (S.B. 1975, S.M. 1977), and daughter-in-law, Susan, of Port Washington, New York; a daughter, Catherine, and son-in-law, Randy Hartnett, of Great Falls, Virginia; two sisters, Virginia Swartz of Pittsburgh, Pennsylvania, and Helene Madigan of St. Paul, Minnesota; a brother, Kenneth, of Burlington, Vermont; and four grandchildren.

Next: John L. McLucas »
Memorial Tributes: Volume 12 Get This Book
×