Cacao (Theobroma cacao L.), is a perennial crop cultivated mainly in small farms in the tropics, particularly Africa, Asia, and Latin America. It is estimated that 5 to 6 million farmers are involved in cocoa production worldwide and 40 to 50 million people depend on cocoa for their livelihood. Loss caused by diseases, which amounts to 30 percent of the total annual crop, is the major limiting factor to cocoa production.

One of the consequences of globalization is the increase in the movement of people and vegetative material between producer countries, a phenomenon that contributes to the spread of plant diseases in a very short time span (Lopes et al., 2007). One such disease is witches’ broom in cacao. The witches’ broom pathogen, Moniliophthora [Crinipellis] perniciosa, co-evolved with cacao in the diversity center of the Amazon Basin, in South America, and from there spread initially to the neighboring regions and more recently has been spreading to producing areas at farther distance. The first detection of the disease occurred in Surinam, in 1895 (Stahel, 1915), and in the next few decades years reached Bolivia, Colombia, Ecuador, The Guyanas, Grenada, Peru, Venezuela, and Trinidad and Tobago.

In 1989, witches’ broom was introduced in Bahia, the major cocoa producing region of Brazil. The disease consumed approximately 300,000 hectares of cacao in Bahia within three years. Losses as high as 100 percent of the crop were observed in many farms and the country lost 75 percent of its annual production, passing from 450 to less than 100 thousand metric tons per year and from an important exporter to importer of cocoa beans. As a result, many farms were abandoned and more than 200 thousand workers lost their jobs, resulting in an intensive migration from rural to urban areas. The cities in the region, extremely dependent on the cacao economy, were not prepared for that massive migration. They faced complex social problems for years after the introduction of the disease. The culture of cacao in Bahia was changed inextricably forever.

Lastly, with the overwhelming impact of the disease in Bahia, there is a very serious concern that witches’ broom potential to escape into areas where new planting of cacao has begun. The situation today is as dire as it was in 1989! 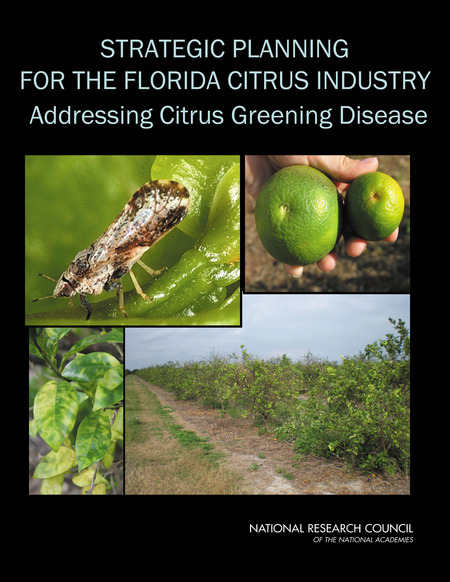 Citrus greening, a disease that reduces yield, compromises the flavor, color, and size of citrus fruit and eventually kills the citrus tree, is now present in all 34 Floridian citrus-producing counties. Caused by an insect-spread bacterial infection, the disease reduced citrus production in 2008 by several percent and continues to spread, threatening the existence of Florida's $9.3 billion citrus industry.

A successful citrus greening response will focus on earlier detection of diseased trees, so that these sources of new infections can be removed more quickly, and on new methods to control the insects that carry the bacteria. In the longerterm, technologies such as genomics could be used to develop new citrus strains that are resistant to both the bacteria and the insect.