Visit NAP.edu/10766 to get more information about this book, to buy it in print, or to download it as a free PDF.
Page i Share Cite
Suggested Citation:"Front Matter." National Research Council. 1987. Aging in Today's Environment. Washington, DC: The National Academies Press. doi: 10.17226/1293.
×

Preface ~ 1985, the Environmental Protection Agency (EPA) and the National Institute of Environmental Health Sciences (NIEHS) asked the National Academy of Sciences to evaluate current in- formation about the effects of environmental chemicals on aging processes and the aged population and to recommend research strategies in this area. In response to this request, the National Research Council's Board on Environmental Studies and Toxicol- ogy established the Committee on Chemical Toxicity and Aging. The formation of the committee constituted one of the country's first organized efforts to bring together experts in the fields of gerontology and toxicology to consider the interface between the two scientific disciplines. For many topics, the government has seen fit over the years to organize interagency groups to ensure information exchange and coordination or to speed the implementation of specific steps to a goal. Examples include the Nutrition Coordinating Com- rn~ttee, the Biotechnology Coordinating Committee, and groups concerned with such topics as radiation and regulatory matters. These groups have a mixed record of effectiveness. Often they are created by one administration but then fall into disuse and disappear with the next. Still, for those subject areas that are of interest and concern to many different agencies and that can · ~ V.11

benefit from a forum for discussion and coordination, the idea of forming such a committee Is attractive. Aging is such an area. The responsibility for research and policy formation for aging ~ found in several agencies: The major focus of basic research and training is at the National Institute on Aging (which includes the Interagency Committee on Aging Research), a major clinical training function is carried out by the Veterans' Adm~n~tration, and there are several policy eoord~nat- ing groups at the level of the Assistant Secretary for Health at the Department of Health and Human Services. Although it was beyond the scope of this committee's task to evaluate government programs on aging, the need was apparent to this committee for an increased effort in coordinating and conducting research on aging that would include toxicology. This report, which is the result of the committee's delibera- tions, reviews the important environmental factors that influence the aging processes and the aged, and it recommends research that needs to be done to improve our understanding of aging in today's environment and the health and weD-being of the aged population. On behalf of the committee, we would like to express our am preciation to the National Research Council staff and others who facilitated this committee's deliberations and work in preparing this document. We specifically thank Andrew Pope for his skill- ful writing, editing, and facilitation of committee process, Jeanne Richards for her enthusiastic contributions in literature research and drafting of materials, Edna Paulson for her tireless dedication to accuracy in reference verification, Devra Davis for her valuable guidance and creative oversight, Alvin Lazen for his sound direc- tion and sage advice, and Norman Grossblatt for his professional judgment and logic in editing the report. We are also grateful to the sponsors, EPA and NIEHS, and to the project officers from those agencies: Scott Baker for his vi- sionary planning, initiation, and continued support of this project, and Linda Birnbaum for her enthusiastic technical guidance and assistance. Robert N. Butler Emil A. Pfitzer Chairmen · - ~ van

Contents EXECUTIVE SUMMARY 1 AGING AND ENVIRONMENTAL EXPOSURE. Basis of the Scientific Problem, 12 Structure of the Report, 13 2 THE AGING POPULATION AND THE PSYCHOSOCIAL IMPLICATIONS OF AGING 15 Demographic Considerations of an Aging Population, 15 Psychosocial Environment, 26 3 PRINCIPLES OF GERONTOLOGY Conceptual Context of Gerontology, 28 Theories of Aging, 32 Deterministic Theories, 33 Stochastic Theories, 33 Biomarkers of Age or Aging, 39 Altered Susceptibility of the Aged, 42 4 PRINCIPLES OF TOXICOLOGY IN THE CONTEXT OF AGING 46 Chemical Fate and Effect, 49 Absorption, 51 Distribution, 52 ......... 10 28 L'C

Next: EXECUTIVE SUMMARY »
Aging in Today's Environment Get This Book
× 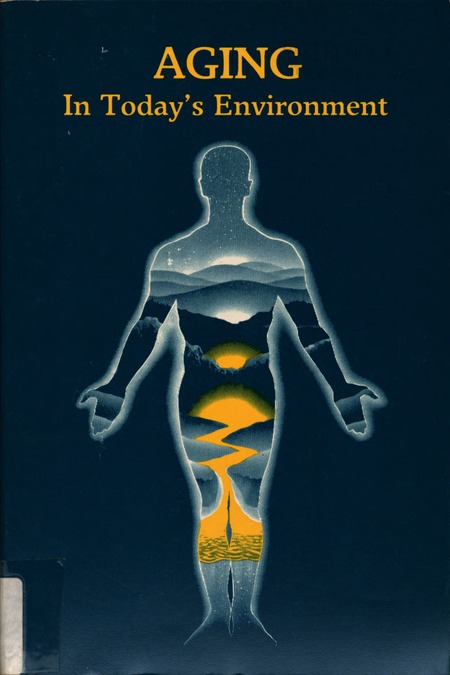