Get This Book
Visit NAP.edu/10766 to get more information about this book, to buy it in print, or to download it as a free PDF.
« Previous: Appendix D: Origin of Radioactivity in Nuclear Plants
Page 351 Share Cite
Suggested Citation:"Appendix E: Origin of Radioactivity in Fuel-Cycle Facilities." National Research Council. 2012. Analysis of Cancer Risks in Populations Near Nuclear Facilities: Phase 1. Washington, DC: The National Academies Press. doi: 10.17226/13388.
×

Origin of Radioactivity in Fuel-Cycle Facilities

Fuel-cycle facilities are involved in the extraction and processing of uranium to produce fuel for nuclear reactors. Consequently, the most important radioactive effluent releases from these facilities involve uranium and its decay products (Table E.1).

Uranium and its decay products are present in equilibrium at mining and milling facilities (Figure E.1). The uranium decay products are removed during the milling process1 and disposed of onsite as mill tailings (Figure E.2), which are potential sources of radioactive particulate and radon gas effluent releases from these facilities.

Other radioactive isotopes are sometimes present in effluent releases from enrichment and fuel fabrication facilities, usually at trace levels. These include cesium-137, technetium-99, as well as a number of actinide isotopes, most notably uranium-236, neptunium-237, and plutonium-239/240. These isotopes are produced by fission and neutron-capture reactions (these reactions are described in Appendix D). Their presence in an effluent release indicates that the facility has processed uranium that was previously irradiated in a nuclear reactor.2

2 For example, recycled uranium (i.e., uranium obtained from reprocessing spent nuclear fuel) was enriched at the Paducah Gaseous Diffusion Plant between 1953 and 1975. This plant is still reporting releases of radioactive effluents from this recycled uranium. 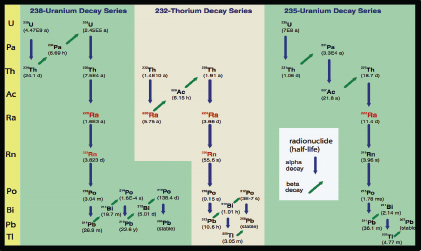 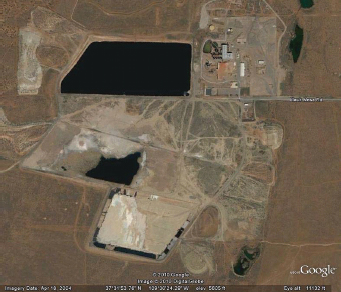 FIGURE E.2 Aerial view of the White Mesa Uranium Mill near Blanding, Utah. The mill facilities can be seen in the upper right quadrant of the photo. The filled and active mill tailings ponds cells occupy most of the remainder of the photo. SOURCE: Elise A. Striz (USNRC) presentation at the Atlanta committee meeting.

Next: Appendix F: Regulation of Effluent Releases »
Analysis of Cancer Risks in Populations Near Nuclear Facilities: Phase 1 Get This Book
× 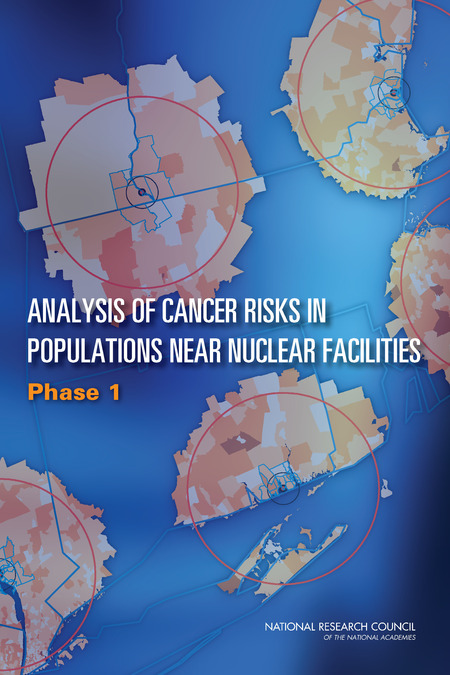