Sustainable Development of Algal Biofuels in the United States (2012)

Get This Book
Visit NAP.edu/10766 to get more information about this book, to buy it in print, or to download it as a free PDF.
« Previous: Appendix F: Conversion Factors
Page 227 Share Cite
Suggested Citation:"Appendix G: Economics of Coproduct Production from Large-Scale Algal Biofuels Systems." National Research Council. 2012. Sustainable Development of Algal Biofuels in the United States. Washington, DC: The National Academies Press. doi: 10.17226/13437.
×

Markets tend to correlate scale and price of sale, which is the cost of production plus return on capital (Figure G-1). This is frequently overlooked as coproducts are touted as a significant source of additional revenues for an economically suspect fuel production process. The correlation is somewhat poor across different products, but for a single product, scale and price are related by a power law. This means that doubling scale reduces price more than double. The value of coproduct is unlikely to drop indefinitely with increase in scale and could have an asymptotic function. For materials intended to sell into the massive fuels market, coproduct volumes swell rapidly with the scaling of fuel production unless a wide variety of coproducts for different markets are produced.

The Davis et al. (2011) work resulted in the development of a model for the economics of algal biofuel production.1 This model allows scenarios around coproduct value to be explored. In particular, setting up the functional form to estimate the cost for sale of biodiesel as a function of coproduct fraction was completed. Figure G-2 shows the expected power law form (Eq. G-1). 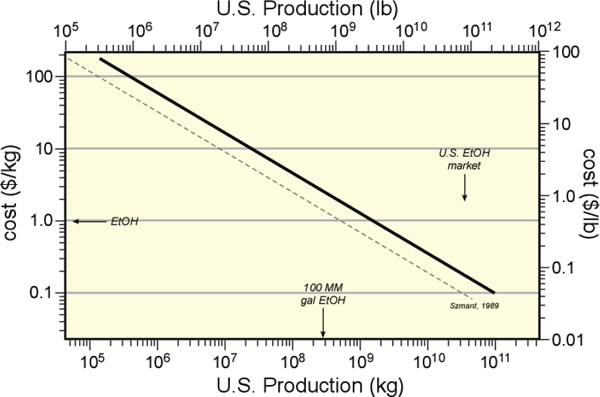 FIGURE G-1 Chart showing the general power law dependence of a materials cost with production scale.
NOTES: As scale increases, price generally decreases. This is true both for fuel components and coproducts. The dotted line shows Szmant’s original curve and the solid line is inflation corrected to 2010.

Adapted from Szmant (1989). Reprinted with permission from Elsevier

Coproduct production is also a function of the lipid fraction (Eq. G-2):

where ρ is the density of the lipid fuel and ƒ is the lipid fraction, by weight, on a dry basis.

Extraction of the residual biomass has two major costs: one from electrical power and where one from nutrient loss. Biogas is commonly quoted as having a heating value of 650 BTU per cubic foot (DOE-EERE, 2011) or approximately 20 megajoule per kilogram. Electrical energy production is assumed to be 33 percent efficient (Davis et al., 2011) and 85 percent of the potential is captured. This means that the energy potential in the residual biomass from anaerobic digestion may be approximated as (Eq. G-3):

where α is the efficiency of electricity generation from biomass and β is a loss term, entered as 0.85. This is a coarse approximation and neglects the effect of excess power generation for sale. It assumes that all the power produced by the anaerobic digester system needs to 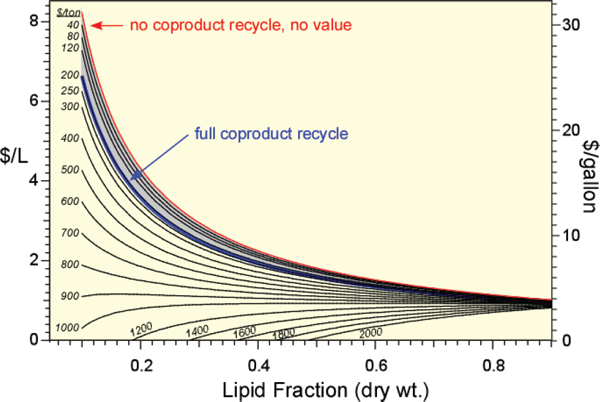 FIGURE G-2 Lipid fraction in the microalgae figures prominently in the amount of coproduct, and, therefore, the total value of the coproduct stream.

NOTES: Fuel costs are estimated using data from (Davis et al., 2011) as a function of the per pound sales price of the coproduct and the lipid fraction. The coproduct is assumed to be the total remaining biomass and the alternative value of the nutrients, and power lost through its sale is accounted for. Coproduct sales price is in dollars per tonne. Curves with a positive slope indicate that the coproduct is providing more of the total value than the fuel component. Negative slopes indicate that fuel is still the most valuable component. Potentially difficult to see, the $200/ton line falls on top of the blue line representing the base case with all nutrients and power production.

be replaced with purchased power and all residual biomass is sold as coproduct. The approximation intends to show trends.

The nutrient requirements can be estimated based on the Redfield molar ratio for algae of 106C:16N:1P (Redfield, 1958). Fertilizer is assumed to be ammonia and diammonium phosphate (DAP). Assuming that all nitrogen (N) and phosphorus (P) remain in the residual biomass, the nitrogen content is approximately 8.6 percent by weight and the phosphorus 1.2 percent, in good agreement with estimates in detailed studies of algal fuel production (Davis et al., 2011). Therefore, the amount of diammonium phosphate (DAP) equivalent in the residual biomass can be approximated as (Eq. G-4):

The nitrogen present in DAP has to be accounted for, yielding an approximate amount of ammonia equivalent in the residual biomass of (Eq. G-5):

Ammonia and DAP prices are nearly equivalent and are assumed to be identical at $450/tonne. Power prices are selected to match published studies at $0.081 per kilowatt hour (Davis et al., 2011).

where δ is 0.146 and is the collection of terms from both the nitrogen and phosphorus requirements (Eq. G-6).

Calculations can then be done to estimate the impact of coproduct sales as deviation from the economics of the reference pathway presented earlier, represented by the blue line in Figure G-2. Discontinuation of the recycle of nutrients from the algal biomass remaining after lipid extraction and elimination of power generation, as would be the case if this was put to other use without returning a revenue stream, requires that additional power and nutrients be purchased, effectively raising the price for sale of the algal biofuel. This is shown as the red line in Figure G-2 and represents an unrealistic, but instructive, case where the value in the residual biomass is not captured. The grey areas between the red and blue lines illustrate that the approximate value of the biomass is $200 per tonne. One commonly suggested outlet for the residual biomass is as animal feedstuff. This would place its value in the $400-500 per tonne range as a bulk feedstuff. At 30 percent lipid fraction, the impact on fuel price is on the order of $0.40 per liter. If algal species begin to express lipids at higher levels, the benefit of the coproduct sales diminishes on a per liter basis because of the reduction in production of the non-lipid biomass.

At points where the coproduct has a value below that of fuel, the shape of the price curve largely follows the curve for no coproduct sales. However, when the coproduct value exceeds the value of fuel, there can be a dramatic drop in fuel price. The interplay of scale and reasonable price of sale, to first approximation, limit the price that the coproducts can reasonably garner. Coproducts certainly can improve the economics of fuel production only modestly because reasonable values for large-volume applications such as animal feedstuffs have established prices that are near the alternative values for the residual biomass

Redfield, A.C. 1958. The biological control of chemical factors in the environment. American Scientist 46:205-221. 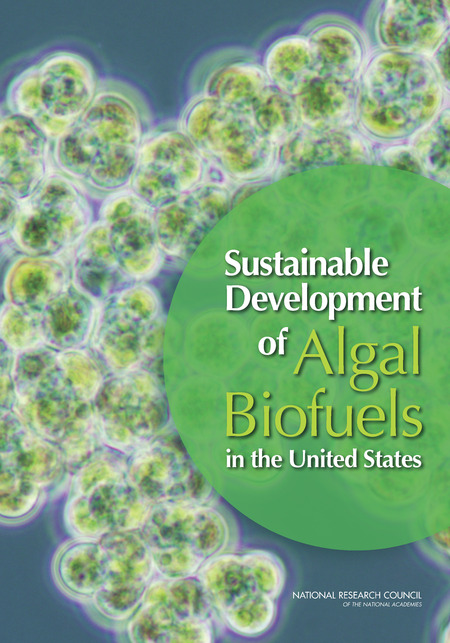 Biofuels made from algae are gaining attention as a domestic source of renewable fuel. However, with current technologies, scaling up production of algal biofuels to meet even 5 percent of U.S. transportation fuel needs could create unsustainable demands for energy, water, and nutrient resources. Continued research and development could yield innovations to address these challenges, but determining if algal biofuel is a viable fuel alternative will involve comparing the environmental, economic and social impacts of algal biofuel production and use to those associated with petroleum-based fuels and other fuel sources. Sustainable Development of Algal Biofuels was produced at the request of the U.S. Department of Energy.