Chapter:PART I: REVIEW AND RECOMMENDATIONS

Get This Book
Visit NAP.edu/10766 to get more information about this book, to buy it in print, or to download it as a free PDF.
« Previous: Summary
Page 13 Share Cite
Suggested Citation:"PART I: REVIEW AND RECOMMENDATIONS." Institute of Medicine and National Research Council. 2012. Medical Care Economic Risk: Measuring Financial Vulnerability from Spending on Medical Care. Washington, DC: The National Academies Press. doi: 10.17226/13525.
× 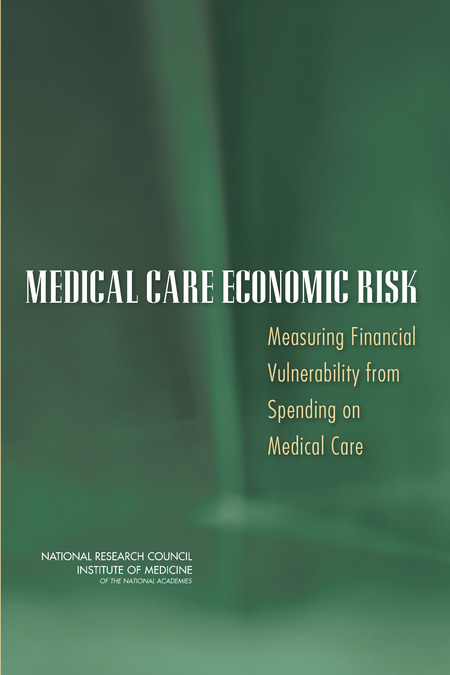 The United States has seen major advances in medical care during the past decades, but access to care at an affordable cost is not universal. Many Americans lack health care insurance of any kind, and many others with insurance are nonetheless exposed to financial risk because of high premiums, deductibles, co-pays, limits on insurance payments, and uncovered services. One might expect that the U.S. poverty measure would capture these financial effects and trends in them over time. Yet the current official poverty measure developed in the early 1960s does not take into account significant increases and variations in medical care costs, insurance coverage, out-of-pocket spending, and the financial burden imposed on families and individuals. Although medical costs consume a growing share of family and national income and studies regularly document high rates of medical financial stress and debt, the current poverty measure does not capture the consequences for families' economic security or their income available for other basic needs.

In 1995, a panel of the National Research Council (NRC) recommended a new poverty measure, which compares families' disposable income to poverty thresholds based on current spending for food, clothing, shelter, utilities, and a little more. The panel's recommendations stimulated extensive collaborative research involving several government agencies on experimental poverty measures that led to a new research Supplemental Poverty Measure (SPM), which the U.S. Census Bureau first published in November 2011 and will update annually. Analyses of the effects of including and excluding certain factors from the new SPM showed that, were it not for the cost that families incurred for premiums and other medical expenses not covered by health insurance, 10 million fewer people would have been poor according to the SPM.

The implementation of the patient Protection and Affordable Care Act (ACA) provides a strong impetus to think rigorously about ways to measure medical care economic burden and risk, which is the basis for Medical Care Economic Risk. As new policies - whether part of the ACA or other policies - are implemented that seek to expand and improve health insurance coverage and to protect against the high costs of medical care relative to income, such measures will be important to assess the effects of policy changes in both the short and long term on the extent of financial burden and risk for the population, which are explained in this report.