Forestry Research: A Mandate for Change (1990)

Visit NAP.edu/10766 to get more information about this book, to buy it in print, or to download it as a free PDF.
« Previous: Appendix B: Research Needs
Page 72 Share Cite
Suggested Citation:"Appendix C: Biographical Information on Committee Members." National Research Council. 1990. Forestry Research: A Mandate for Change. Washington, DC: The National Academies Press. doi: 10.17226/1538.
×

74 APPENDIX C includes variability and heritability of wood properties and relationships between wood fiber properties and products manufactured from wood. Dr. Gladstone is a member of the Technical Association of Pulp and Paper In- dustry, the Forest Products Research Society? and the Society of American Foresters. I>WRENCE D. HARRIS serves as professor of wildlife ecology in the School of Forest Resources and Conservation at the University of Florida. In past positions, Dr. Harris has served as a wildlife management officer with the Tanzania Game Division and a wildlife biologist in the United States. His primary research is on development of renewable resource management strategies. A member of the Society for Conservation Biology, AAAS, Sigma Xi, and the Wildlife Society, he earned his B.Sc. from Iowa State University and his M.Sc. and Ph.D. from Michigan State University. LOIS K. MILLER is a professor in the departments of Entomology and Genetics at the University of Georgia. A member of the American Society for Microbiology and the Society of Invertebrate Pathology, Dr. Miller does research in such areas as nucleic acid biochemistry, molecular biology, recombinant DNA technology, and biological insect pest control. She received her B.S. from Uppsala College and a Ph.D. in biochemistry from the University of Wisconsin, Madison. JAMES R. SEDELL is a research aquatic ecologist at the Pacific Northwest Forestry and Range Experiment Station for the USDA Forest Service. DF. Sedell has held positions with Oregon State University and Weyerhaeuser Company. He received his B.N from Willamette University and his Ph.D. in aquatic biology from the University of Pittsburgh. He is a member of the American Fisheries Society, the Ecological Society of America, the North American Benthological Society, and the Society of American Foresters. RONALD R. SEI)EROFF serves as a professor of forestry at North Carolina State University. His research is on the molecular genetics of conifers. Dr. SederofT earlier served as a senior scientist with the USDA Forest SeIvice and has also held a variety of teaching positions. He received his bachelor's, master's, and doctoral degrees in zoology from the University of California, Los Angeles. DAVID B. THORUD is the dean of the College of Forest Resources at the University of Washington. Dr. Thorud has also been employed by the USDA Forest Service and has held a number of teaching positions. He has participated in international delegations on such issues as watershed management training and research, soil and water conservation, and rural development. Dr. Thorud is a graduate of the University of Minnesota, where he received his B.S. in forestry and his M.S. and Ph.D. in forest hydrology.

Next: Appendix D: Board and Commission Rosters »
Forestry Research: A Mandate for Change Get This Book
× 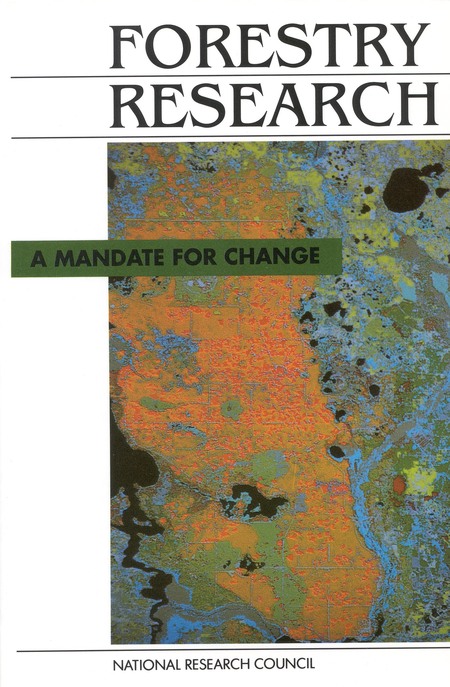 Forests are valuable in our daily lives, crucial to our nation's ecomony, and integral to the long-term health of the environment. Yet, forestry research has been critically underfunded, and the data generated under current research programs is not enough to meet the diverse needs of our society.

Forestry Research provides a research agenda that should yield the information we need to develop responsible policies for forest use and management. In this consensus of forestry experts, the volume explores:

Forestry Research is an important book of special interest to federal and state policymakers involved in forestry issues, research managers, researchers, faculty, and students in the field.