Visit NAP.edu/10766 to get more information about this book, to buy it in print, or to download it as a free PDF.
« Previous: U.S. Army: Prototype Program for Professionals
Page 33 Share Cite
Suggested Citation:"Mountain Bell: Program for Managers." National Research Council. 1985. Office Workstations in the Home. Washington, DC: The National Academies Press. doi: 10.17226/168.
×

Mountain Bell: Program for Managers Nelson Phelps Mountain Bell is a telephone utility that became part of U.S. West Corporation as a result of the AT&T divestiture. Mountain Bell's area of service spans seven intermontane and western states (Colorado, Wyoming, Utah, Idaho, Arizona, New Mexico, and Montana). The corporate headquarters is in Denver, with secondary administrative centers in Albuquerque, Phoenix, and Salt Lake City. Mountain Bell began looking at the possibilities of home-based work in late 1979. At that time the corporation was conducting middIe-management seminars with full participation of its offi- cers. Middle managers were encouraged and challenged to Took for innovative ways to address the increasingly difficult task of recruiting and retaining the skilled personnel needed for the future. In January 1980 we selected a technical training group for a trial run of home-based work. This group was composed primarily of technically oriented managers who were responsible for course development and delivery of training courses for computer programmers. At our first meeting we discussed the purpose of the trial and reviewed our preliminary concerns and questions. We agreed that Nelson Phelps is director, Training Operations, Mountain Bell. 33

34 CASE STUDIES the trial would include only volunteer, management-level employ- ees who had no supervisory responsibilities. Eight managers who met these criteria were selected to partici- pate in the trial. Their length of service with the corporation var- ied from less than 5 to nearly 30 years. All were course developers who wrote instructional material for training computer program- mers. They used Texas Instruments terminals tied into the corpo- ration's Honeywell timeshared computer for their developmental work. The managers were located at Mountain Bell's training cen- ter, located approximately 15 miles southwest of the corporate headquarters in downtown Denver. One of the first steps was to look at the questions and concerns our managers had about working at home. We listed these on an easel at our first meeting and asked each manager to select one category and research it before our next meeting. This was neces- sary to resolve or clarify as many concerns and questions as possi- ble before formally initiating the trial. Following are primary concerns along with suggested resolu- tions. 1. Legalities: (a) local and state zoning laws, (b) accidents while working at home, (c) Denver occupational tax. Resolutions: (a) State and local zoning laws did not prevent an employee from using his residence for work; (b) an employee is fully covered by the company's benefit and insurance programs while working at home; and (c) the Denver occupational tan is as- sessed on the basis of the employee's primary reporting location. 2. Effect on family interaction: Depending on individual cir- cumstances, personal relationships at home could be threatened or strained. The family members might have to reschedule home activities, and noise levels might create a problem. Resolution: During the trial each manager would have a chance to assess his or her own family situation and its possible impact on work productivity. Some anticipated no difficulty since they lived alone or other home residents worked at other locations during the day. 3. Need for a specific work area in the home: An isolated work area free of noise and removed from interruptions is a must. Resolution: Each manager had to determine whether this would be possible in his or her home environment.

MOUNTAIN BELL 35 4. Communications: The employee must be accessible during normal work hours, ~ a.m. to 5 p.m. A telephone line is necessary to tie the terminal into the company's time-share computer. Resolution: An additional telephone line would be installed in each home work location. Core work hours would be established so that necessary communications could take place. 5. Isolation: An employee may miss office social contacts. Some participants expressed fear that they could be passed over for a promotion because they svere out of sight and forgotten. Resolution: Each individual agreed to evaluate his or her own experiences during the actual trial. 6. Productivity: New methods for evaluating employee pro- ductivity would be required. Resolution: Existing management-by-objectives and mea- surements of course development, currently reviewed quarterly, would be expanded so that each manager and supervisor could review the weekly results during the trial period. Specific mea- surements were agreed upon before the trial began. The work-at-home trial formally began in early March 1980 and continued until November 1980. The previously agreed-upon measurement process, weekly re- view, and new log system were implemented. Each participant worked at his or her normal office location one day a week. This enabled participants to review their progress with their supervi- sors. It also allowed supervisors to conduct staff meetings and review project and work status with the group as a whole. At the termination of the trial in November 1980, five of the original participants were still working at home. Three had re- turned to their work locations before completion of the trial. After approximately two months of the trial, one manager had gained 20 pounds, 15 of which she directly attributed to working at home. Although able to discipline herself to complete her work assignments in her home environment, she said she was not able to stay away from the refrigerator and found herself "constantly eating." Another manager requested that he be allowed to terminate his participation in the trial because of serious difficulties encoun- tered with his nonworking spouse. He reported that while he worked at home his wife felt that he was watching to see whether

36 CASE STUDIES she did her housework or watched TV soap operas. He also stated that serious marital problems existed prior to his participation in the work-at-home trial. This manager has since been divorced. The third participant was unable to adjust to working at home. He missed the social contact at his normal office location and had difficulty adjusting to the self-discipline needed in a work-at- home environment. At the completion of the trial, results showed almost a 50 per- cent increase in overall productivity for the composite group. There was a definite initial drop in productivity for the compos- ite trial group that lasted into the fourth week of the trial. This was primarily due to the initial adjustment to working at home and varied with each individual. The following observations were made by the trial group as a whole: 1. It takes approximately one to two weeks to get into the rou- tine of working at home. This includes establishing a work loca- tion that is acceptable to everyone at home, getting the necessary supplies and materials that are needed, and getting into a set work schedule. 2. Each participant felt it was necessary to report to his or her regular work location at least once each week to do such tasks as handling mail, meeting with his or her supervisor and peers, and handling other interoffice communications. 3. Because of the use of data terminals it is necessary to have a second telephone line at the home location, especially if a spouse is at home regularly. 4. There are fewer overall interruptions and distractions at home, usually allowing participants to work for a longer period of time. 5. Automobile insurance rates and gasoline and drycleaning costs were reduced. 6. Work hours outside the traditional 9 a.m. to 5 p.m. helped overall productivity. Several participants worked regularly be- yoncl the normal eight hours a day because it was convenient and easy to do while at home. 7. Communications between managers and supervisors were crucial. Supervisors found it difficult at first to adjust to an em- ployee working at home, and felt the weekly status review to be critical. Most managers were able to adjust to their employees

MOUNTAIN BELL 37 working at home; however, they were almost unanimous in re- porting that supervising employees from a distance made their jobs more difficult. Since completion of the initial trial there have been several addi- tional trials with other Mountain Bell work groups. Most have involved management employees who are primarily assigned to staff functions and do not use computer terminals. Many managers are still hesitant to use homework even though it promises the potential reward of increased productivity. Some of this certainly stems from conservative, traditional manage- ment styles. In many cases job duties are not seen as adaptable to a work-at-home environment. Working at home continues to be a viable option at Mountain Bell. As new technology facilitates the use of communicating ter- minals in everyday work functions, we will continue to support and encourage this alternative.

Next: Control Data Corporation: Alternate Work Site Programs »
Office Workstations in the Home Get This Book
× 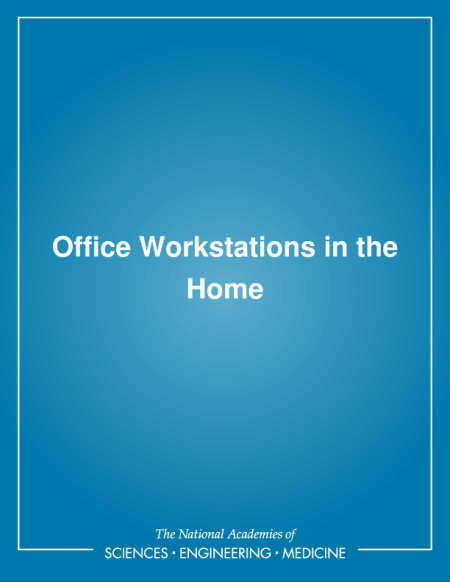