Get This Book
Visit NAP.edu/10766 to get more information about this book, to buy it in print, or to download it as a free PDF.
« Previous: Appendix J: Human Reliability Analysis
Page 360 Share Cite
Suggested Citation:"Appendix K: Tsunami Hazards in the Atlantic Ocean Basin." National Research Council. 2014. Lessons Learned from the Fukushima Nuclear Accident for Improving Safety of U.S. Nuclear Plants. Washington, DC: The National Academies Press. doi: 10.17226/18294.
×

The U.S. Nuclear Regulatory Commission has sponsored the U.S. Geological Survey to carry out tsunami hazard assessments for the East Coast of the United States. The most recent assessment was published in 2008 (Atlantic and Gulf of Mexico Tsunami Hazard Assessment Group, 2008) and summarized in a 2009 special issue of Marine Geology titled Tsunami Hazard Along the U.S. Atlantic Coast. The assessment examined coincidental earthquakes and tsunamis (ten Brink et al., 2009), the distribution of landslides along the East Coast (Chaytor et al., 2009), and tsunami source probabilities (Geist and Parsons, 2009).

The lead paper in the special issue was written by ten Brink (2009), who concluded that

[a]ssessment of tsunami hazard to the Atlantic coast of the United States poses a scientific challenge because of the paucity of both historical events and pre-historic tsunami evidence. The Atlantic coast … is highly vulnerable to tsunami damage because major population centers and industrial facilities are located near the shoreline at low-lying elevations.

A study of tsunami hazards of Canadian coastlines was recently published by Leonard et al. (2013). They concluded that

The cumulative estimated tsunami hazard for potentially damaging run-up (≥1.5 m) of the outer Pacific coastline is ~40–80% in 50 years, respectively one and two orders of magnitude greater than the outer Atlantic (~1–15%) and the Arctic (<1%). For larger run-up with significant damage potential

The U.S. Nuclear Regulatory Commission has contracted with the U.S. Geological Survey for a review of geological methods for estimating inundation hazards to U.S. nuclear power plants from riverine floods, tsunamis, and storm surges. The report from this project is planned to be completed in 2014 (Jim O’Connor, U.S. Geological Survey, oral communication).

Several large tsunamis have occurred in the Atlantic Ocean Basin during prehistoric and historic times. These are described in the following sections.

A large earthquake struck Lisbon, Portugal, at approximately 9:40 a.m. local time on All Saint’s Day (November 1) in 1755. The earthquake and associated tsunami destroyed much of the city, killing as many as 30,000-40,000 people of the city’s approximately 200,000 inhabitants. The direct cost of the earthquake and tsunami was 32-48 percent of the Portuguese gross domestic product (Pereira, 2006). The tsunami was also recorded in Spain (Bay of Cadiz) and Morocco (Blanc, 2009).

The earthquake may have been caused by a thrust fault at the margins of the African and Eurasian plates to the west of the Strait of Gibraltar. Zitellini et al. (1999) identified such a fault on the seafloor about 200 km southwest of Cape St. Vincent (this cape forms the southwestern-most point of Portugal and is near the site of the naval Battle of Trafalgar in 1805). The northwest-southeast trending fault is approximately 50 km long.

Seafloor topography played a large role in determining the tsunami’s propagation to the west (Barkan et al., 2009). Although the tsunami did reach Newfoundland, the presence of the nearby Gorringe Bank, Josephine Seamount, the Mid-Atlantic Ridge, and the Azores prevented the tsunami from reaching the East Coast of the United States with the exception of southern Florida. A potential tsunami source to the south near the Bay of Cadiz could present a larger hazard to the East Coast of the United States. This source may be capable of generating a large tsunami, but no tsunamis from this source have been observed historically.

The most recent large Atlantic Ocean Basin tsunami occurred on November 18, 1929, on the southern edge of the Grand Banks, 280 km south of Newfoundland (Fine et al., 2005). The tsunami was caused by a submarine slide, which was triggered by an unusually large (for this

region) magnitude 7.2 earthquake. The earthquake was located offshore Newfoundland (at 44°30′N, 57°15′W) and was felt in both New York and Montreal.

The submarine slide had a thickness of several hundred meters and flowed for at least 4 hours at speeds of 60-100 km/h. It had a run-out distance of more than 520 km and transported about 200 km3 of sediment. The slide’s resultant turbidity current cut 12 telegraph cables on the continental slope and in the ocean basin (the timing of cable cutting was used to estimate slide propagation speeds; see Heezen and Ewing, 1952).

The tsunami killed 28 people in Newfoundland and was recorded on the Atlantic coasts of Canada and United States and in the Azores, Bermuda, and Portugal (Fine et al., 2005). In Newfoundland, tsunami run-up heights reached 13 m.

The excitation of a tsunami by a slump or landslide requires the movement of a substantial volume of sediment as a coherent mass. Only the energy generated during the first few minutes of rapid movement will be transferred to the water column. Locat et al. (2009) concluded that the landslide associated with the Grand Banks event had reached its peak velocity over the first few minutes and then slowed.

Several large prehistoric submarine slides, referred to as the Storegga Slides, have been identified in the Norwegian Sea (Harbitz, 1991). The first of these slides occurred 30,000-50,000 years Before Present (B.P.), the second took place 6,000-8,000 B.P., and the most recent occurred about 6,000 B.P. Altogether, these three slides moved 5,580 km3 of sediment and had run-out distances of as much as 850 km. Associated onshore tsunami deposits have been found in eastern Greenland, eastern Iceland, Norway, and northern Scotland. At many sites the tsunami deposits occur between layers of peat.

The ruptures that produced these slides occurred at the continental shelf break about 100 km offshore Norway (Figure K.1). Masson et al. (2006) examined the second slide, which they estimate to have occurred at 8,200 B.P. The area of the slide was 95,000 km2; it extended 810 km with a thickness of 430 m. The volume of this slide was 2,400-3,200 km3 and actually cut into the continental shelf at its top. The primary triggering mechanism was probably an earthquake accompanied by elevated pore pressures in weak layers of sediment from the rapid deposition of glacial sediments during deglaciation and possible outgassing of uncovered methane hydrates (Harbitz, 1991; Masson et al., 2006).

The Storegga slides created tsunamis of considerable size. Harbitz (1991) estimates that tsunami run-up heights on the Norwegian coast were 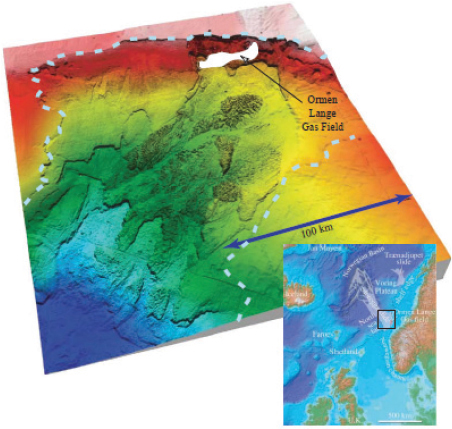 FIGURE K.1 Map of the ocean floor off the west coast of Norway showing the locations of the Storegga Slides. SOURCE: Masson et al. (2006).

Next: Appendix L: Factoring the Costs of Severe Nuclear Accidents into Backfit Decisions »
Lessons Learned from the Fukushima Nuclear Accident for Improving Safety of U.S. Nuclear Plants Get This Book
× 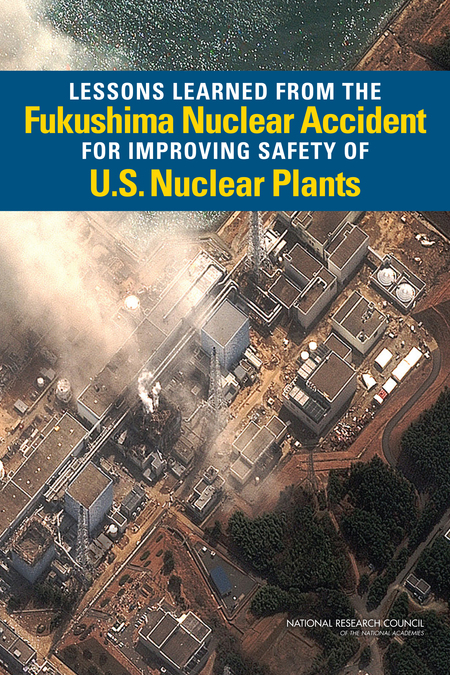 The March 11, 2011, Great East Japan Earthquake and tsunami sparked a humanitarian disaster in northeastern Japan. They were responsible for more than 15,900 deaths and 2,600 missing persons as well as physical infrastructure damages exceeding $200 billion. The earthquake and tsunami also initiated a severe nuclear accident at the Fukushima Daiichi Nuclear Power Station. Three of the six reactors at the plant sustained severe core damage and released hydrogen and radioactive materials. Explosion of the released hydrogen damaged three reactor buildings and impeded onsite emergency response efforts. The accident prompted widespread evacuations of local populations, large economic losses, and the eventual shutdown of all nuclear power plants in Japan.

Lessons Learned from the Fukushima Nuclear Accident for Improving Safety and Security of U.S. Nuclear Plants is a study of the Fukushima Daiichi accident. This report examines the causes of the crisis, the performance of safety systems at the plant, and the responses of its operators following the earthquake and tsunami. The report then considers the lessons that can be learned and their implications for U.S. safety and storage of spent nuclear fuel and high-level waste, commercial nuclear reactor safety and security regulations, and design improvements. Lessons Learned makes recommendations to improve plant systems, resources, and operator training to enable effective ad hoc responses to severe accidents. This report's recommendations to incorporate modern risk concepts into safety regulations and improve the nuclear safety culture will help the industry prepare for events that could challenge the design of plant structures and lead to a loss of critical safety functions.

In providing a broad-scope, high-level examination of the accident, Lessons Learned is meant to complement earlier evaluations by industry and regulators. This in-depth review will be an essential resource for the nuclear power industry, policy makers, and anyone interested in the state of U.S. preparedness and response in the face of crisis situations.