Surmounting the Barriers: Ethnic Diversity in Engineering Education: Summary of a Workshop (2014)

Get This Book
Visit NAP.edu/10766 to get more information about this book, to buy it in print, or to download it as a free PDF.
« Previous: SECTION V - POST-WORKSHOP COMMENTARY AND ANALYSIS
Page 21 Share Cite
Suggested Citation:"SECTION VI - INVITED SPEAKERS." National Academy of Engineering. 2014. Surmounting the Barriers: Ethnic Diversity in Engineering Education: Summary of a Workshop. Washington, DC: The National Academies Press. doi: 10.17226/18847.
×

Keynote—Freeman Hrabowski: We Need to Look in the Mirror

Freeman A. Hrabowski, III has been president of the University of Maryland, Baltimore County since 1992, but his experience with surmounting barriers to ethnic diversity in education goes back at least 50 years to his participation in the Birmingham Children’s March in 1963. He showed a news photo to prove it – and to demonstrate that change in education is possible. Hrabowski also chaired the National Academies’ committee that produced the 2011 report Expanding Underrepresented Minority Participation [1] and reviewed the report findings and recommendations concerning preparation, access, and financial/academic/social support. 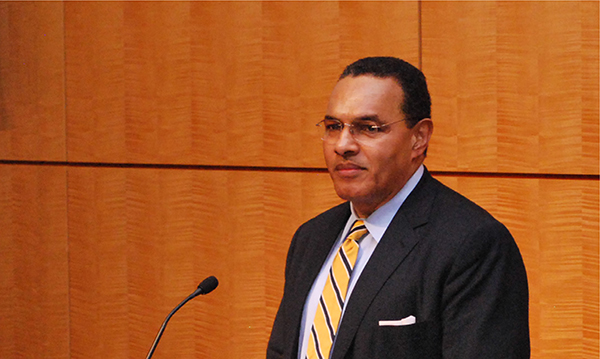 A key message of Hrabowski’s speech was a call to change the culture both on campuses and in engineering education, and he said there had been too little discussion of these topics. He also noted that there is widespread acceptance that a lot of students simply won’t make it in STEM fields, and this is borne out in practice—and not just for underrepresented minorities: for any ethnic group, fewer than 50 percent of those who enter college with an interest in STEM will graduate in a STEM field within five years. If so many students have such a bad experience, he asked, why should those from underrepresented minorities be any different? “We need to look in the mirror,” he said.

He ackowledged progress in grappling with the need to increase minority representation, such as programs focusing on the all-important first-year experience. But he identified barriers, too: a lack of funding to replicate models that are known to work; a reliance by institutions on grant money, which is ephemeral, rather than a commitment to spending money themselves; the burden placed on women and minorities who do succeed to fill the need for minority members on academic committees; and student debt. “There’s a lot of money for students who are well prepared,” he said. “A lot of minorities are not.”

Hrabowski noted that too many students in STEM fields are graduating with decent grade point averages but weak grades in their science courses. “It’s very difficult if you’ve not done really well at the undergraduate level to succeed at the graduate level,” he said. He challenged colleges and universities to ask themselves how to identify the people on campus in engineering who have an interest in understanding why there isn’t more minority representation.

Robert T. Teranishi is Associate Professor of Higher Education at the Steinhardt School of Culture, Education, and Human Development at New York University, Codirector for the Institute for Globalization and Education in Metropolitan Settings, and Professor of Education at UCLA’s Graduate School of Education and Information Studies. He challenged the stereotype of Asian students as a “model minority”—a homogeneous group of high achievers. The real picture is much more complex.

Vast differences in growth rates in the Asian/Pacific Islander population in the United States have shattered the homogeneity and created a diverse kaleidoscope of communities, from Vietnamese in Westminster, Calif. — the city with the highest per capita concentration in the United States of people of Vietnamese origin—to Chinese in Brooklyn, NY, to Hmong in St. Paul, Minn. For those who think of the University of California at Berkeley when they think of Asian students, Teranishi had another surprise: The largest educational sector in which Asians/Pacific Islanders participate is actually community colleges, and the proportion of them in that sector is increasing. Furthermore, nearly half of all Asians/Pacific Islanders leave college without earning a degree.

Teranishi said national demographics are critical to efforts to increase diversity in education. One reason: The picture is always changing. He reported that Burma, Nepal, and Bhutan, for example, have sent a quarter-million refugees to the United States in the last five years. “We have to think about who these students are…and what it means for how we approach our work with this large and growing population,” he said. Approaches that work for East Asian students may not work as well for students from South or Southeast Asia.

Teranishi’s talk spurred much discussion during the workshop, and the lesson about not making assumptions about Asians/Pacific Islanders was clearly one that applied to other minorities as well. Teranishi’s findings were a warning to everyone against making assumptions about any particular minority. “We have to think about subgroups at an even more granular level,” he said.

Luncheon Speaker—Eric Jolly: We Need to Change Who Asks the Questions

In any endeavor, the questions you ask structure the answers you get, said Eric Jolly, President of the Science Museum of Minnesota. And we keep asking the same questions.

Jolly’s speech was a plea to diversify the engineering education discussion beyond a small set of people who share a common educational background and a common perspective. That can be achieved only by changing the questions and changing the people who ask them. Who sets the priorities for our work? Who benefits? What if we could show students from underrepresented minorities that success in engineering is leading to improvements in their own communities?

To make this happen, Jolly challenged each institution represented at the workshop to identify the people on their campuses who can bring something to the table. Asked from the floor whether lack of money wasn’t the issue, he replied that the money was there—but we choose not to apply it to encouraging diversity. “We’ve been talking about retrofitting institutions,” he said. “Now we’re talking about redesigning them.”

Karan L. Watson, Provost and Executive Vice President for Academic Affairs at Texas A&M University and President of ABET, called on attendees to change their way of thinking in leadership roles – to think strategically. “Diversity has to be a habit at our institutions for everybody,” she said. She recommended four books:

From these she drew several lessons: 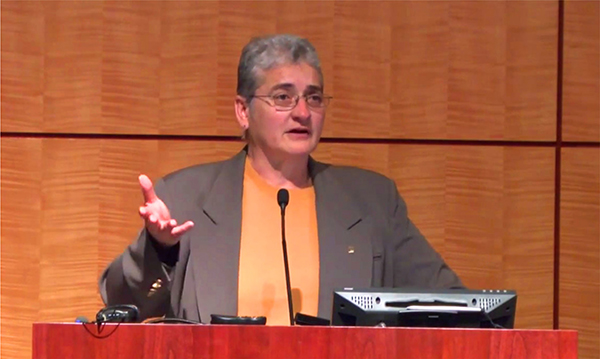 Watson drew several questions, including whether ABET could do more to overcome barriers to underrepresented minorities (it has been doing more, she said, but it’s driven by the professional engineering societies), and where to look for alliances. On the second point, she drew attention to an agreement under which community college students who are co-enrolled at Texas A&M are eligible for financial aid even though they take most of their credit hours at the community colleges. One advantage of this arrangement, she said, is that it allows them to take calculus in small classes at the community college instead of mega-classes at Texas A&M.

Amir Mirmiran spoke from his perspective as Dean of the College of Engineering and Computing at Florida International University, the second largest producer of Hispanic engineers in the United States and the eighth largest producer of African American engineers; as a veteran of two National Science Foundation workshops on broadening minority participation; and as principal investigator of the study “Building Partnerships and Pathways to Address the Foundational Grand Challenge for Engineering Education: Concrete Steps toward Broadening Participation” (http://eic3.eng.fiu.edu/nsf/), which spelled out action steps for institutions and corporate America.

Mirmiran made the case for diversity from several points of view—social justice, business, and professional—and laid out a five-point plan:

Expanding on the last point during questions, Mirmiran noted that colleges and universities that serve large numbers of underrepresented minorities are on the front lines of change in education: “They’re already seeing the reshaped face of American ethnicity.”

Luncheon Speaker—Patricia Campbell: We Know So Many of the Answers Already

Just as Hrabowski spoke from a personal history of discrimination based on race, Patricia B. Campbell, President of Campbell-Kibler Associates, noted her own difficulties in trying to enter engineering as a woman in the 1960s. With the perspective of 35 years of research to increase gender and race equity in math, science, engineering, and technology education, she pointed out that it is the interaction of so many different impediments that makes entering STEM fields so tough for underrepresented minorities. She checked off some of the problems—and presented some solutions:

Next: APPENDIX A: LIST OF ATTENDEES »
Surmounting the Barriers: Ethnic Diversity in Engineering Education: Summary of a Workshop Get This Book
× 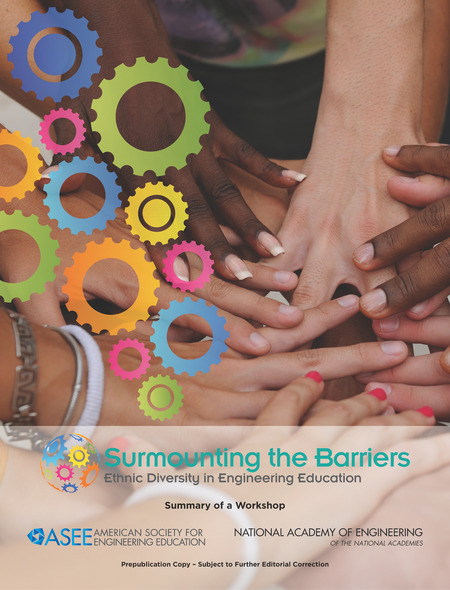 While the goal of diversifying engineering education has long been recognized, studied, and subjected to attempted interventions, progress has been fitful and slow. This report discusses reasons why past recommendations to improve diversity had not been adopted in full or in part. Surmounting the Barriers identifies a series of key impediments, including a lack of incentives for faculty and institutions; inadequate or only short-term financial support; an unsupportive institutional and faculty culture and environment; a lack of institutional and constituent engagement; and inadequate assessments, metrics, and data tracking. The report also shares success stories about instances where barriers to diversity have been identified and surmounted, and the resources that could enable real solutions to implement steps toward progress.