Visit NAP.edu/10766 to get more information about this book, to buy it in print, or to download it as a free PDF.
Page i Share Cite
Suggested Citation:"Front Matter." National Research Council. 1985. Sharing Research Data. Washington, DC: The National Academies Press. doi: 10.17226/2033.
×

Preface This report originated from a letter sent in May 1979 by Professor Melvin Reder of the University of Chicago School of Business to the executive direc- tor of the Committee on National Statistics (CNSTAT). Professor Reder pro- posed a conference on Be sharing of social science research data to examine and discuss Me conflicting pressures affecting researchers regarding the dis- closure to others of data and preliminary analyses. Such a conference, chaired by Clifford Mildred, was held in October 1979. The participants reused many points and recommended furler work by CNSTAT. The comunittee expresses its thanks and appreciation to the parti- cipants, who are listed in the appendix to this volume. In response to the conference recommendation, the Sloan Foundation provided the corr~nittee win a grant to work toward Me development and dissemination of guidelines for the sharing of scientific data, and the System Development Foundation provided a furler grant for work on this report. The study was also supported by a consortium of federal agencies Mat provide funding for the general activi- ties of CNSTAT. A subcommittee of CNSTAT members was appointed to oversee He pro- ject; it was responsible for obtaining and reviewing commissioned papers, developing a set of guidelines for sharing data, and preparing this report for Be committee. Although some of their terms of appointment on the full com- v

mittee expired, all subcommittee members continued to serve throughout the study. We were fortunate to obtain the services and cooperation of several schol- ars who prepared papers following a general outline developed by the sub- comrnittee. The commissioned papers are Part II of this volume and repre- sent different vantage points on the issues of data sharing. The sub committee is especially appreciative of the detailed materials and suggestions contained in these papers and has relied heavily on them in formulating and structuring the discussion of the costs and benefits of data sharing as well as in developing its recommendations. The first paper, prepared at the Inter-university Consortium for Political and Social Research at the University of Michigan by Jerome M. Clubb with coauthors Erik W. Austin, Carolyn L. Geda, and Michael W. Traugott, deals primarily with large social science data sets. The other four papers deal with the advantages and disadvantages of data sharing more broadly. The paper by Robert F. Boruch of the Department of Psychology at Northwestern University describes products of data sharing. The paper by Terry E. Hedrick of the Institute for Program Evaluation of the U.S. General Accounting Office discusses justifications for and obstacles to data sharing. The paper by Joe Shelby Cecil of the Federal Judicial Center and Eugene Griffin of Northwestern University discusses legal issues relevant to data sharing and provides an important analysis of current pertinent law. And the paper by Robert F. Boruch and David S. Cordray of the Deponent of Psychology at Northwestern University suggests professional codes and guidelines for data sharing. Margaret E. Martin and Miron L. Straf served as staff of the subcommittee and coeditors of this report. Lenore Libby prepared a report of the early conference that led to the development of this study. Eugenia Grohman con- tributed greatly in editing our manuscript and guiding it toward publication. Valuable assistance was provided by Roberta Pirosko in bibliographic work and in typing and by Diane Goldman in proofreading and manuscript prepara- tion. Using the computer for word processing, telecommunications, and typesetting, Lee R. Paulson prepared many versions of our manuscript; she also provided bibliographic and other research assistance. Reviewers and many others offered valuable comments and suggestions for our report. To all who have worked with us or otherwise contributed, we are very grateful. The committee views this report as an initial examination of some of the issues of data sharing, on which readers are invited to comment. Stephen E. Fienberg, Chair Committee on National Statistics May 27, 1985 v'

Next: Part I: Report of the Committee on National Statistics »
Sharing Research Data Get This Book
× 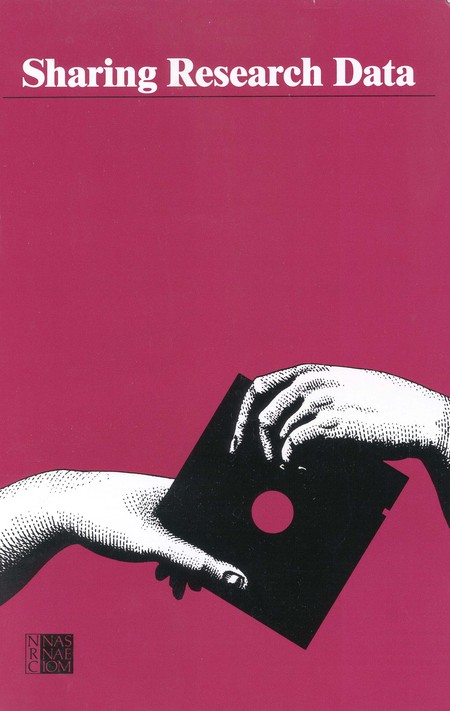