Measuring Up: Prototypes for Mathematics Assessment (1993)

Get This Book
Visit NAP.edu/10766 to get more information about this book, to buy it in print, or to download it as a free PDF.
Page i Share Cite
Suggested Citation:"Front Matter." National Research Council. 1993. Measuring Up: Prototypes for Mathematics Assessment. Washington, DC: The National Academies Press. doi: 10.17226/2071.
× 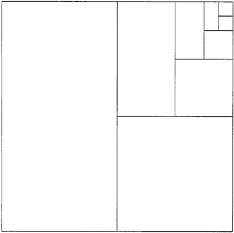 The Mathematical Sciences Education Board was established in 1985 to provide a continuing national overview and assessment capability for mathematics education and is concerned with excellence in mathematical sciences education for all students at all levels. The Board reports directly to the Governing Board of the National Research Council.

Permission for limited reproduction of portions of this book for educational purposes but not for sale may be granted upon receipt of a written request to the National Academy Press, 2101 Constitution Avenue, NW, Washington, DC 20418.

Copies of this report may be purchased from the
National Academy Press,
2101 Constitution Avenue, NW, Washington, DC 20418.

As the United States moves resolutely towards standards-based education, we must learn anew how to measure quality — of students' learning, of teachers' performance, of school and district accomplishment. Assessment demonstrates the real meaning of "standards." We can see in the tasks children are expected to perform just what they must learn to meet our national goals.

It is all too clear that current tests used for assessment of educational performance fail to measure adequately progress toward national standards. This is especially true in mathematics, where curriculum and teaching standards recommended by the National Council of Teachers of Mathematics have earned nationwide consensus. Yet commonly used tests continue to stress routine, repetitive, rote tasks instead of offering children opportunities to demonstrate the full range of their mathematical power, including such important facets as communication, problem solving, inventiveness, persistence, and curiosity. In Measuring Up, the National Research Council seeks to demonstrate in one specific instance — fourth grade mathematics — one approach to standards-based assessment.

The prototypes in this volume are intended to bring the ethos of the standards to life in concrete assessment tasks. A superficial glance at the tasks will convince any reader that the new mathematics standards call for a significantly different type of education. But these prototypes do more than illustrate standards. They contribute to a public debate on significant redirection of U.S. traditions concerning the role of assessment in education, including these key issues:

As our nation needs standards in curriculum and teaching, so too we need standards for assessment. Without such standards, we will continue, unwisely, to measure what is convenient rather than what is most important. In 1991 the Mathematical Sciences Education Board called attention to the need for new thinking about assessment through a National Summit on Assessment. The National Council of Teachers of Mathematics is now working, in cooperation with the MSEB, to develop needed standards for assessment.

Our nation's drive towards standards-based education will not be complete until joined with appropriate assessment. Measuring Up is an important step in the process of encouraging widespread debate about the long-term direction of assessment in U.S. education.

The mathematics assessment prototypes in this document were developed by a writing group consisting of the following individuals: Lowell Carmony (Lake Forest College); Robert Davis (Rutgers University); Susan Jo Russell (TERC); Joan Rutherford (Haynesbridge, Georgia Public Schools); Lourdes Santiago (Boston Public Schools); and Paul Shoecraft (University of Houston at Victoria). The group began its work in the summer of 1991 and was involved in pilot testing of tasks throughout the project. On behalf of the MSEB, I want to thank each member of the writing group for his or her thoughtful contributions to this challenging task.

The tasks themselves, without the surrounding explanatory materials, were read by a number of people with long-standing interest in mathematics assessment: Philip Daro (California Mathematics Project); Bonnie Hole (Princeton Institute for Research); Roberta Flexer (University of Colorado at Boulder); Jo Ann Mosier (Kentucky State Department of Education); Thomas Romberg (University of Wisconsin at Madison); Joel Schneider (Children's Television Workshop); and Jean Kerr Stenmark (Lawrence Hall of Science). We are grateful for their many thoughtful comments and insight. Nonetheless, the tasks that appear in this manuscript are the responsibility of the MSEB and do not necessarily reflect the position or views of these readers.

Paul Shoecraft. We are also grateful to the principals, mathematics supervisors, and teachers associated with the trial classrooms, for allowing the pilot testing to interrupt their normal activities.

We owe a special thanks to Edward Esty, who managed endless details of this complex project with patience and wisdom, and to Linda P. Rosen, who coordinated the overall effort as staff officer for the project.

Finally, we thank the students who worked on these tasks. The written work of some of them appears as examples in this volume, and all of them provided invaluable feedback.

Next: Introduction »
Measuring Up: Prototypes for Mathematics Assessment Get This Book
× 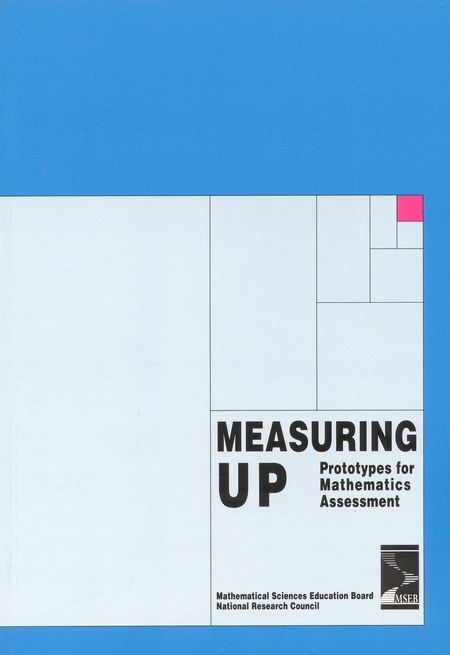 Glimpse the future of mathematics assessment in Measuring Up This book features 13 classroom exercises for fourth grade students that demonstrate the dramatic meaning of inquiry, performance, communication, and problem solving as standards for mathematics education.

Policymakers, education leaders, classroom teachers, university-based educators, and parents can learn from the use of these genuine mathematics problems to challenge and prepare students for the future.