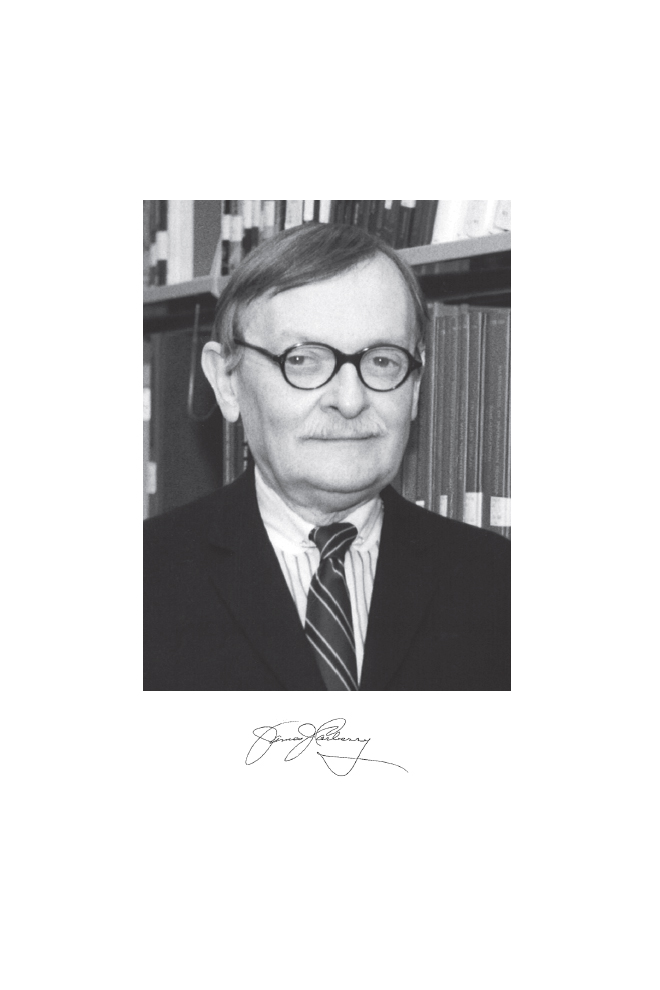 “For fundamental contributions to chemical reaction engineering and heterogeneous catalysis.”

BY EDUARDO WOLF
SUBMITTED BY THE NAE HOME SECRETARY

JAMES JOHN CARBERRY passed away on August 27, 2000, at the age of 74. He was a renowned chemical engineering scientist and professor of chemical engineering for 40 years at the University of Notre Dame. He invented the spinning basket reactor, which significantly impacted experimental work in catalytic reaction engineering. He was also a multifaceted renaissance man who enjoyed opera, literature, and college football.

He was born in Brooklyn, New York, on September 13, 1925, and graduated from Brooklyn Technical High School, where he played as a single-wing halfback on the school football team, with less than notoriety, given the inadequacy of his small frame to play in such sport. During World War II he enlisted in the Navy and served aboard the US Navy Denver Light Cruiser, where he developed his taste for opera to counteract the boredom of life on board.

In 1946, after his Navy tour, Jim enrolled in the Chemical Engineering Department at the University of Notre Dame, where he obtained his BSc (1950) and MSc degrees (1951). As an undergraduate he cultivated his interest in Italian opera, in classical music as a member of the Glee Club, and in the humanities (he minored in English literature). He also became a devotee of St. Thomas of Aquinas, who was introduced

to him in the required theology course taught by the famed Theodore Hesburgh, who went on to become Notre Dame president for 35 years. Jim’s roommate at Notre Dame was Leon Hart, a Heisman trophy winner, who became his best friend. According to his daughter, Alison Carberry Kiene, the story was that Leon tutored her Dad in freshman chemistry (and laid the foundation for his textbook, Chemical and Catalytic Reaction Engineering) and her Dad helped Leon win the Heisman Trophy with his football knowledge.

Upon graduation in 1951 Jim joined the Explosives Department of the DuPont Company as a process engineer, but his colleagues encouraged him to pursue a PhD at Yale University, where he in enrolled in 1952. At Yale he further cultivated his engineering and other interests, developing a cordial and active professor-student relationship that characterized his later academic rapport with his students.

In 1957 he obtained his PhD in the fluid mechanics of reactors and returned to DuPont Engineering Research Laboratory, a site well known for the presence of many pioneers in the field of chemical and reaction engineering. They became his mentors and prepared him for his future academic career. During this period he also learned catalysis by taking courses at Johns Hopkins University under the famous Paul H. Emmett, one of the authors of the BET (Brunauer-Emmett-Teller) isotherm.

In 1961 Jim returned to Notre Dame as an assistant professor in the Chemical Engineering Department. With the support of the department chairman, the faculty, and (by then) President Hesburgh, the PhD program in chemical engineering was started, and with it a spectacularly fruitful period of maturation for the department.

In 1964 Jim conceived and developed the spinning basket reactor—or, as it is sometimes called, the “Carberry reactor.” This experimental apparatus, which allowed researchers to obtain kinetic information from real catalysts in the absence of diffusional effects, was the precursor of commercial laboratory reactors universally in use today. Jim’s research focused on the kinetics of catalytic reactions in his reactor and on the interaction of chemical and physical effects in catalytic reactors

(using numerical simulations partly based on his industrial experience). He is also known for early work on oscillating catalytic reactions, all of which gained him recognition in both academia and industry.

He received numerous awards and recognitions. In 1965–1966 he was an NSF senior fellow at Cambridge University, a position that allowed him to dialogue with the pioneers in the field in the United Kingdom and to lecture extensively in Europe. In 1968 he received the Yale Engineering Association Award for the Advancement of Pure and Applied Science, and in 1972 was one of the cofounders of the US-Soviet Working Group in Catalysis, a bilateral agreement for the exchange of information in catalysis. In 1976 he received the prestigious R.H. Wilhelm Award in Chemical Reaction Engineering from the American Institute of Chemical Engineers (AIChE). In addition, he was named a fellow of the Royal Society for the Arts (1979), Sir Winston Churchill Fellow (1979, 1982), and R.K. Mellon Fellow (1979) at Cambridge University’s Churchill College.

In 1989 he received the AIChE William H. Walker Award for Excellence in Contributions to Chemical Engineering Literature, and in 1993 the American Chemical Society (ACS) selected him for the E.V. Murphree Award in Industrial and Engineering Chemistry for his pioneering research in catalysis and reaction engineering.

Author of Chemical and Catalytic Reaction Engineering (McGraw-Hill, 1976), which has been published worldwide, and former coeditor of the prestigious journal Catalysis Reviews Science and Engineering, he published more than 120 technical and scientific papers. Recognition for his work and contribution culminated with his election in 1989 to the National Academy of Engineering.

His technical recognitions do not reflect the eclectic, colorful, and outspoken personality of Jim Carberry, always the center of attention in any gathering in which he participated. He held firm views about society through his reading of the classics, Aquinas, and Jacques Maritain and about the future of chemical engineering. He believed that civilized society should engage in civilized discourse among civilized persons, a far cry from the modern world. In chemical engineering education he advocated that the roots of the profession, which started in chemistry and then added physical engineering phenomena, should go back to applied chemistry. When we look at what chemical engineering departments around the country are doing today, we can appreciate that this was a rather prophetic view.

Professor Carberry is survived by his daughter Alison and two grandsons, Damian Lynn Kiene and Nicholas James Kiene. He was preceded in death by his wife Margaret Brugger Carberry in 1994; daughter Maura O’Malley Carberry on January 1, 2000; and uncle, John Joseph Cardinal Carberry, former Archbishop of Saint Louis, in 1998.

Alison remembered her father as

ever the Renaissance man. One chapter in his book Chemical and Catalytic Reaction Engineering contains a subheading in Italian from Dante’s Inferno which translates: “Leave behind all hope, you who enter”!

His wit surpassed mere mortal men, such as the time the International Who’s Who in Music solicited my Father for his musical biography for its next edition with an offer that he could get a copy at the pre-subscription price. He figured that if they were silly enough to want his biography in music, he would be silly enough to submit a spoof, which their editors

would surely catch. They did not, and it was published. He identified himself as Professor of Chemical Engineering and Operatics at the University of Notre Dame. A few notes to appreciate his humor: He stated that he received a diploma [from the] Accademia delle Nero Gatto and a diploma [from the] Scuola di Grande Massimo. The fact is that he had a black cat (“nero gatto”) called Max (“Massimo”) with whom he used to “sing” operatic duets to the delight of his friends and family. At least once they performed at a black-tie fund-raiser in South Bend (I don’t think they were called back). He frequently called the cat Max the devil (“Massimo Diabole”). He cites to his credit “Canzone di Piedeballo” which translates to “songs of football.”

My Father so loved the University of Notre Dame. It was his choice to move back to Notre Dame, just six weeks prior to his death, following the diagnosis of terminal lung cancer; he could think of nowhere else to be and from which, as he would say, to “go to the great beyond” (Heaven).

The Chemical Engineering Department at Notre Dame owes its current reputation in large part to Carberry, by attracting the faculty that built the department to a competitive position. The department would not be what it is today without his academic and professional leadership.

Next: JACK E. CERMAK »
Memorial Tributes: Volume 19 Get This Book
×