Get This Book
Visit NAP.edu/10766 to get more information about this book, to buy it in print, or to download it as a free PDF.
« Previous: EDGAR M. CORTRIGHT
Page 83 Share Cite
Suggested Citation:"STEPHEN H. CRANDALL." National Academy of Engineering. 2015. Memorial Tributes: Volume 19. Washington, DC: The National Academies Press. doi: 10.17226/21785.
× 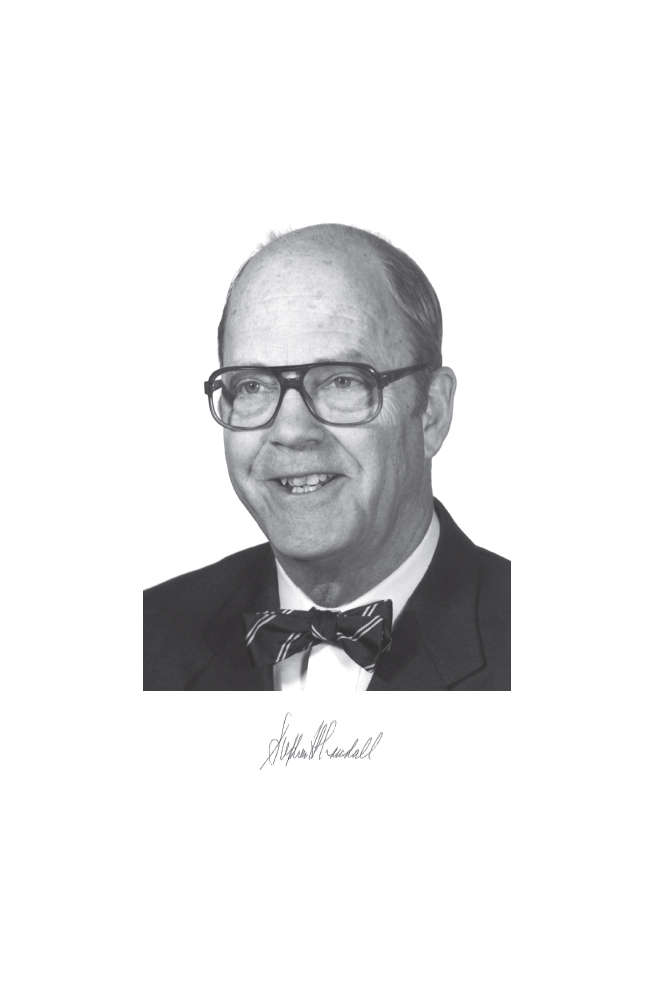 “Leadership in the theory, education, and practice of engineering mechanics, especially in random vibration analysis.”

STEPHEN HARRY CRANDALL, a beloved figure in the field of theoretical and applied mechanics, died on October 29, 2013, at the age of 92. He was the Ford Professor of Engineering (Emeritus) at the Massachusetts Institute of Technology, a title he held for more than 35 years.

Steve was born on December 2, 1920, in Cebu, the Philippines. After his family relocated to the United States from China, he undertook his engineering education at the Stevens Institute of Technology, where he graduated as valedictorian and received a master’s degree in mechanical engineering in 1942. He joined the staff of the MIT Radiation Laboratory and continued his education, receiving a PhD in mathematics in 1946.

Thus began an illustrious career at MIT, where he remained throughout his career. He was appointed assistant professor of mechanical engineering in 1947, associate professor in 1951, professor in 1958, and Ford Professor of Engineering from 1975 until his death (emeritus since 1991). He served at least three separate terms as chair of the Department of Applied Mechanics (and/or Mechanics and Mathematics).

He was also a visiting professor at the following outstanding universities: Imperial College (London), Aix-Marseille, University of California, Berkeley, Harvard, University of Mexico, Korea Advanced Institute of Science and Technology

(KAIST), and the Technion–Israel Institute of Technology. In both his teaching and faculty leadership he strived to elevate mechanics to a higher level of engineering science. As a teacher he was calm and encouraging, but had high standards. One student said that it was not until he was reviewing for final exams that it dawned on him just how complicated the material was: Professor Crandall had explained it so clearly, he had made it seem self-evident.

Steve was also an effective and widely recognized author and editor of eight textbooks and more than 160 peer-reviewed technical articles. His publications in the field of mechanical vibrations, and especially in the emerging area of random vibrations, remain seminal contributions. Four of his books—Random Vibration (MIT Press, 1958), An Introduction to the Mechanics of Solids (coedited with Norman C. Dahl; McGraw-Hill, 1959); Random Vibrations in Mechanical Systems (coedited with William D. Mark; Academic Press, 1963); and Dynamics of Mechanical and Electromechanical Systems (McGraw-Hill, 1968)—were groundbreaking contributions.

Ever cognizant of his responsibilities to serve his chosen profession, Steve was active in technical societies and other advisory boards and committees. In the American Society of Mechanical Engineers (ASME), he chaired the Applied Mechanics Division and was vice president of Basic Engineering. He was president of the American Academy of Mechanics and served on several advisory panels of the National Science Foundation as well as the National Research Council’s Committee on Army Basic Scientific Research.

He travelled widely and maintained an active array of friends and colleagues in many countries, fostering international communications and cooperation wherever he went.

Recognition by one’s professional peers is, of course, the foremost honor that any person can receive, and Steve received this many times over. ASME awarded him its highest grade of membership, honorary member, in 1988, accompanied by no fewer than four awards for his specific technical contributions: the Worcester Reed Warner Medal (1971), Timoshenko Medal (1990), J.P. Den Hartog Award (1991), and Thomas K. Caughey Dynamics Award (2009). In 1978 the Acoustical Society of America (ASA) presented him with its Trent-Crede Medal. Recognizing his broad contributions to engineering structures, ASCE awarded him its Theodore von Kármán (1984) and Alfred M. Freudenthal (1996) medals.

He earned the rare distinction of election to both the NAE (1977) and the NAS (1993). In 1989 the Alexander von Humboldt Foundation, Berlin, honored him with its US Senior Scientist Award, and in 1995 his alma mater, the Stevens Institute of Technology, presented him with its Honor Award. Other honors, national and international, include invitation to serve as an honorary professor at Zhejiang University in Hangzhou, China, in 1985; membership in the American Academy of Arts and Sciences; and election as a foreign member of the Russian Academy of Engineering (2000).

Steve was a person of unique and wonderful characteristics, with unexpected talents. He was slow and quiet of speech, but with great quality of content, and always with a huge smile and sense of humor.

His facility with languages earned him a warm welcome in the international community and with the many foreign students he nurtured at MIT, and he often delighted audiences at foreign universities by presenting his lectures in their own tongue. These were mostly in Spanish, French, and Russian, but over the years he worked on learning at least 11 languages by listening to tapes during his commute. He said that although professors assured him the students understood English, whenever he offered the choice of lecturing in either his slow careful English or their own language with his rather heavy accent, the students always preferred their own language.

Steve married Patricia (Pat) in 1949, and their home near MIT was always open to students and visiting academics as well as other scientific or technical persons who happened to be in the vicinity. With so many relevant conferences always being held at MIT, the Crandalls welcomed all. And with their penchant for international travel, they made every effort to support the many foreign students and their families at MIT. Pat especially was the ever gracious hostess and facilitator. Steve often entertained with his piano renditions of Dixieland and jazz music.

Steve was predeceased by Pat in 2011. He is survived by daughter Jane Kontrimas and family and son William (BC). They can be proud of his lasting heritage of a productive and joyous life. Jane shared these observations about her father:

He had a good sense of humor and enjoyed telling a good joke.

He seldom got angry. He managed this by not taking personally an unkind word. He might look pained, but his comment was likely to be, “s/he is having a hard time right now.” On the other hand, if he had inadvertently hurt someone else, he regretted it deeply.

He was persistent, enjoying a challenging puzzle, rather than getting angry or frustrated. He looked at things in depth and from many angles. Rubik’s cube was an early “hit.”

He did not mind being wrong: the important thing was to change your opinion to account for new information. As I grew up, I realized that is actually the essence of science: measure the data, clarify the facts, and base your opinions (theories) on what is.

He was a good teacher, beginning at the beginning, building a foundation of understanding before going on to the next step; taking the time to find the word that meant exactly what he intended to say.

He described himself as having been painfully shy. Early groups of students visiting the house in Lincoln were likely to be given a project to cut down a dead tree in the back yard. Later it occurred to me that he saw it as a good icebreaker for students who might otherwise feel shy visiting the house of their professor, and easier for him than making nonacademic

conversation. Also, I think he found it fun so he assumed they would too.

One of the very few pieces of direct advice he ever gave me was that you should let the people you work with know you are a team player. He was a team player.

Many have pointed out his tact, kindness, gentleness, and caring. He was sympathetic and a good listener, willing to go with the flow of the conversation. He cared about people and they cared back.

If we all could be kind and considerate team players, and tell the people we love that we love them, that will be a fine way to remember him.

Next: DONALD A. DAHLSTROM »
Memorial Tributes: Volume 19 Get This Book
×