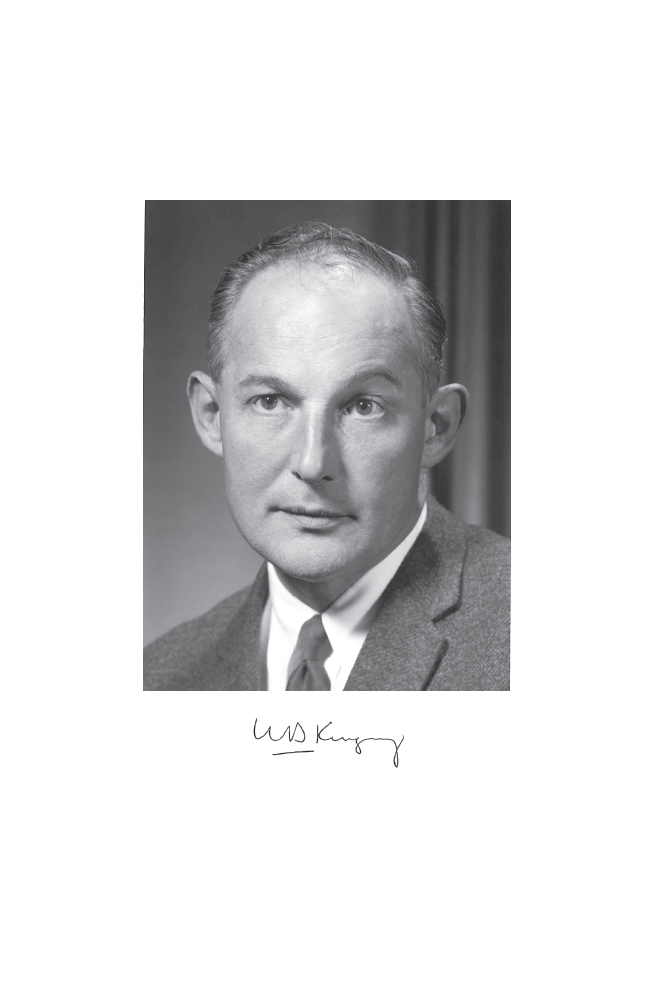 “Leadership in the science and engineering of ceramic materials, spanning the whole spectrum of physical phenomena, structure-property relationships, innovative processing, and applications to modern technologies.”

BY DONALD UHLMANN AND PAMELA B. VANDIVER

WILLIAM DAVID KINGERY, recognized as the father of modern ceramics who effected a paradigm shift in the field, from a focus on craft-type technologies to a discipline based on an integration of solid state physics, chemistry, and crystallography, died of a heart attack on June 29, 2000, at age 73. He played a critical role in establishing ceramics as a materials science and was also a major contributor to archaeological ceramics and art history. He was an inspiring teacher, a mentor to generations of students from around the globe, a valued consultant to industry, an entrepreneur, and a respected advisor to government.

Dave was born on July 27, 1926, in White Plains, New York, the son of a physician. He received a BSc in inorganic chemistry from the Massachusetts Institute of Technology in 1948 and was recruited by F.H. Norton to stay on for his graduate studies. He earned his PhD in 1950 (a remarkably short time spent in graduate school), was appointed to the MIT faculty in 1951, and became a full professor in 1962. In 1987, he left for the University of Arizona, where he was a professor of materials science and engineering and of anthropology, initiated an interdisciplinary program on culture, science, and technology, and was named Regents’ Professor.

His research in physical ceramics spanned a remarkably broad front. He made major contributions in areas as disparate

as ceramic processing, diffusion in ceramics, sintering of ceramic particles by various mechanisms, grain boundaries in ionic crystals, thermal conductivity in ceramics, and even the mechanical properties of ice and snow (rather unusual ceramic materials), to name only a few. In all cases, he combined elegant experimental characterization of materials with physical and mathematical modeling of the observed behavior to yield critical insight.

His research was published in several hundred papers, and he authored, coauthored, or edited more than a dozen books on a variety of subjects, from Ceramic Fabrication Processes (John Wiley & Sons, 1958) and Kinetics of High-Temperature Processes (John Wiley & Sons, 1959) to Ceramic Masterpieces: Art, Structure, and Technology (Free Press, 1986) and Ceramics and Civilization (American Ceramic Society; a multivolume series). The best known of his books is the classic Introduction to Ceramics (John Wiley & Sons, 1960), which was translated into many languages and served as a bible for generations of students in ceramics around the world.

Dave received nearly every award of the American Ceramic Society (ACerS) and in 1983 became a Distinguished Life Member. In 1992 the Society established the W. David Kingery Award, of which he was the first recipient. He was a distinguished lecturer at several universities around the world, and the first chair of the board of trustees of the International Academy of Ceramics. He became a member of the National Academy of Engineering in 1975, a member of the American Academy of Arts and Sciences in 1984, and in 1999 he was awarded the prestigious Kyoto Prize in Advanced Technology for his fundamental contributions to ceramic science and technology. He received honorary doctorates from the Tokyo Institute of Technology and the École Polytechnique Fédérale de Lausanne.

In parallel to his classic work on physical ceramics, he observed and studied the formation of scientific problems with the creative anticipation of solutions and their potential impact. He taught a graduate class, “Planning for Discovery,” that is celebrated as a key to success by many of his students.

Starting in the 1960s he applied his knowledge of ceramic

processes and problem formation to ancient ceramics, first by establishing a microscopic method of determining original firing conditions and later by systematically determining what methods of materials research were applicable to archaeological ceramics and refractories. Later studies focused on particular art objects representative of an unknown or poorly characterized practice, and ancient technologies were investigated in terms of variability in time and geography, essentially using an anthropological paradigm. Ceramic Masterpieces reported research on the phases as well as the microstructure and microcompositional variations that are the structure of ceramic art objects to explain the appearance, variability, and optical properties of a ceramic practice.

In Dave’s edited volumes from his year at the Smithsonian, History from Things (Smithsonian Books, 1995) and Learning from Things (Smithsonian Institution Press, 1998), he expanded his view to objects in other materials and to historical and cultural interpretation. He used the same strategy to study ancient technologies as modern ones, and opened an interdisciplinary collaboration involving art, science, and conservation. In starting the Material Culture Forum at the Smithsonian, he explored how and what we can learn from objects and the development of a common vocabulary across many scholarly fields. Similarly, in the ten-volume series Ceramics and Civilization, he assembled contributors to ACerS meetings and recognized their strides and interconnections in understanding particular ancient and modern high-tech ceramics, cross-craft interactions, craft organization, and special classes of materials and kilns.

Invention cannot be established in the archaeological record, but innovation as development can, and, with appropriate historical records, can be traced, as in Dave’s study of lighting filaments. This iconic study led him to pursue an empirical approach to the study of the processes of rapid technological developments in ceramics by comparing and contrasting innovation through cross-cultural studies. The resulting conference and volume, Japanese/American Technological Innovation: The Influence of Cultural Differences on Japanese and American Innovation in Advanced Materials (Appleton & Lange, 1991),

involved participants in and leaders of the revolution as well as observers, anthropologists, and sociologists in first eliminating common myths and biases and proceeding to case studies and their assessment.

Dave often said, “You have to know something to learn something”; he would probably agree that this statement characterizes much of the creative engineering of the 20th century as well as his own contributions. He was not only a thoughtful and accomplished academician but also an engineer with a keen interest in and knowledge of technology. In this capacity he contributed valuable insight to the numerous companies for which he served as a consultant, and also formed a company, Lexington Laboratories, to develop and commercialize some of his ideas for new technology. Out of this company came, among other technological advances, the basic patent on injection molding of ceramics.

He consistently demonstrated a knack for identifying the critical elements in complex, multivariable problems and a remarkable ability to master those elements and obtain creative solutions to the problems. He further advanced the field through the accomplishments of his students and of the young faculty he mentored and inspired, through the motivation and insight that speakers derived from the probing questions that were his hallmark, and through the ideas he advanced in meetings large and small.

Dave was also an ardent sailor, and generations of MIT students experienced first-hand his joy of sailing. He organized the Marion-Bermuda Yacht Race and was an active participant for many years. Oceans were no barrier for him: he sailed across the Atlantic to Europe (during which his vessel was de-masted) and across the Pacific to Tahiti, both for sabbaticals. When he got to Arizona he took up horseback riding and learned to pilot a plane.

When Dave passed away, shortly after his active participation in a meeting of the Academy of Ceramics in Naples, the world lost a brilliant engineer, a creative mind, a master of scientific principles, a motivating teacher, a real innovator, and the man who made ceramics a scientific and engineering discipline. The authors of this brief tribute lost a mentor and dear friend.

Next: WARNER T. KOITER »
Memorial Tributes: Volume 19 Get This Book
×