Get This Book
Visit NAP.edu/10766 to get more information about this book, to buy it in print, or to download it as a free PDF.
« Previous: REUEL SHINNAR
Page 275 Share Cite
Suggested Citation:"CEDOMIR M. SLIEPCEVICH." National Academy of Engineering. 2015. Memorial Tributes: Volume 19. Washington, DC: The National Academies Press. doi: 10.17226/21785.
× 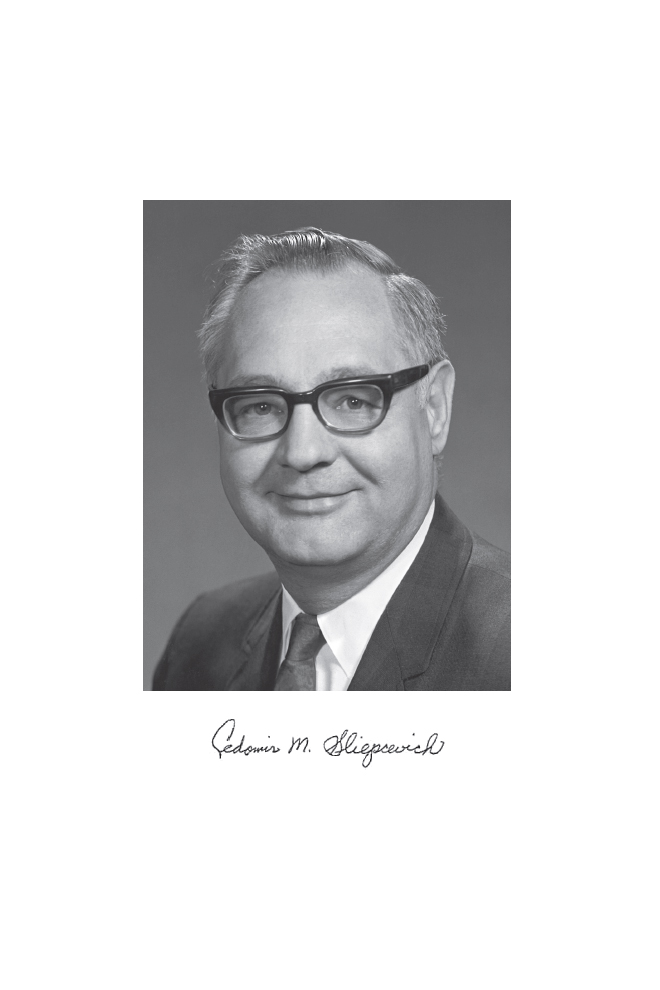 “Creative research and development in liquefaction, ocean transport and storage of natural gas, fundamental behavior of flames, and combustion.”

BY TOM LANDERS
SUBMITTED BY THE NAE HOME SECRETARY

CEDOMIR M. SLIEPCEVICH, a pioneer in liquefied natural gas technologies and George Lynn Cross Research Professor of Engineering at the University of Oklahoma, died on October 22, 2009, at the age of 89.

Cheddy was born in Anaconda, Montana, on October 4, 1920, the son of Herzegovinian immigrant parents. He graduated from Anaconda High School in 1937 and attended Montana State College in Bozeman for a time. As his love for mathematics and science grew, so did his ambition. He moved to Ann Arbor to continue his studies in chemical engineering at the University of Michigan, where he earned his BS (1941), MS (1942), and PhD (1948) degrees.

His doctoral dissertation, The Design, Construction, and Operation of a High Temperature, High Pressure Plant, focused on the kinetics of catalyzed reactions at elevated temperatures (up to 1000°F) and pressures (1000 psi) in a tubular reactor and the rates of dehydration of butanol over an alumina-silicate catalyst. He was fortunate to work with George G. Brown, from whom he learned how to mentor others.

At the University of Michigan he was an instructor (1946–1948), assistant professor (1948–1951), and associate professor (1951–1955) in chemical and metallurgical engineering. His promise as an educator was evident, and he taught many of

the courses and offered the first seminar on kinetics of chemical reactions in the department. He was also the first faculty member in his department to utilize high-speed electronic computation in academic research.

In 1955 Dean William H. Carson recruited Cheddy to the University of Oklahoma (OU) where, as professor and chair in chemical engineering, he began transforming the research and graduate studies culture of the College of Engineering. Just one year later he added the title of associate dean, which he held until returning to full-time teaching and research in 1962. He also established and chaired the general engineering department that implemented his plan for a core curriculum. During his career he advised 68 doctoral and 29 master’s students, and effected important curriculum reform at the University of Oklahoma, with advanced graduate courses and a rigorous undergraduate program, to meet the scientific and technical demands of the space age.

His career was marked by strong academic and industrial collaboration. In 1952–1953 he took a leave of absence from the University of Michigan to serve as senior chemical engineer at Monsanto Chemical, which led to many other industrial affiliations during his career. The project for which he is perhaps best known, and one that he called the most significant of his career, built on his expertise in liquefied natural gas (LNG), including behavior of materials at cryogenic temperatures. As manager of research and engineering for the Constock Liquid Methane Corporation, he led design and construction of the Methane Pioneer, a marine tanker for transport of LNG that docked at Canvey Island, UK, on February 20, 1959.

Besides Constock and Monsanto Chemical, companies for which he consulted or served on the board of directors were

in Chemical Engineering at OU was created in his honor and endowed by alumni, friends, and corporations for his many contributions to industry and education.

Cheddy had a strong command of widely ranging scientific principles coupled with intellectual curiosity and an eagerness to work on diverse engineering problems. Friends enjoyed his dry and self-deprecating sense of humor, and speak especially fondly of his caring way of mentoring graduate students and junior faculty. He and his wife Cleo often entertained his protégés in their home near the OU campus; there and at the laboratories, he engaged them in stimulating discussions on scientific and technical topics.

Next: HAROLD G. SOWMAN »
Memorial Tributes: Volume 19 Get This Book
×