Get This Book
Visit NAP.edu/10766 to get more information about this book, to buy it in print, or to download it as a free PDF.
« Previous: HAROLD G. SOWMAN
Page 285 Share Cite
Suggested Citation:"MARSHALL B. STANDING." National Academy of Engineering. 2015. Memorial Tributes: Volume 19. Washington, DC: The National Academies Press. doi: 10.17226/21785.
× 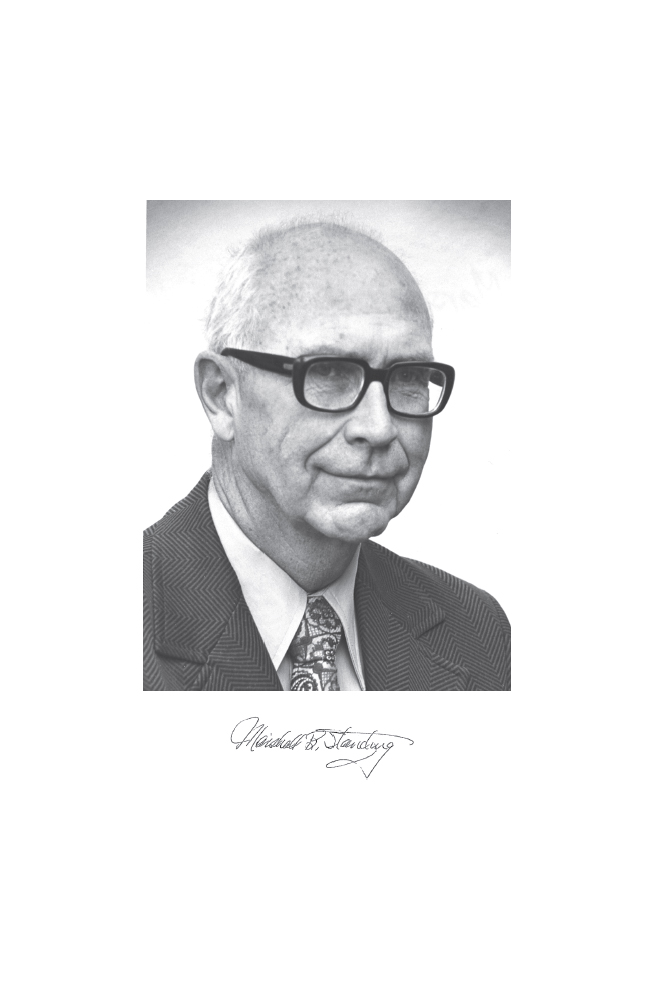 “For pioneering and lasting contributions to petroleum reservoir engineering technology and phase behavior of mixtures of natural gas, crude oil, and water.”

MARSHALL B. STANDING, a research engineer at Standard Oil Company of California (now Chevron) and professor of petroleum engineering at Stanford University, died November 13, 2010. He was 97.

After joining the Standard Oil Company in 1941 as a research engineer, he became head of the production research effort in 1943 and continued in research until 1963. He was then transferred to the corporate production staff, where he served until 1973 as an engineering consultant for reservoir engineering and formed and operated the company’s in-house reservoir engineering schools. In 1973 he retired to accept a visiting professorship of petroleum engineering at the University of Trondheim in Norway. After 18 months there, he joined the faculty of Stanford University.

effective teaching of their practical applications. He was one of SPE’s first Distinguished Lecturers, in 1964–1965, and was described in the Society’s history of the program as an “industry luminary.” In 1991 he was designated an honorary member of SPE and AIME.

His professional career had significant impact on the oil industry. He was instrumental in setting up the California Research Company in La Habra, which ultimately became the Chevron Oilfield Research Company, the research arm of Chevron Corporation. His pioneering work on understanding the complex phase behavior of oilfield hydrocarbons, and describing them usefully with (relatively) straightforward correlations, formed the basis of oil and gas reservoir engineering from the 1940s until today. The “standing correlations” are still in use, although perhaps embedded in computer software rather than the charts and nomograms in which he published them originally.

“Muz,” as he was known to his friends, was an engineer’s engineer. He built his own airplane in his garage and flew it to meetings and for recreation. He owned a VW Beetle decades before automobile fuel efficiency was a public concern, and he kept it in pristine condition for many years doing all his own maintenance—even to the point of stitching the seat upholstery during a refurbishment. Clearly not just an “indoor” engineer, he was also a champion ski jumper in Utah in the early 1930s.

Known to his students as gruff and not easily impressed, he was in fact a very generous person with a genuine concern for other people. He wanted his students to understand fully, implement correctly, and make useful contributions to society. He, too, contributed; for example, after retirement he turned his interest (and his extensively equipped workshop) to the design and construction of aid devices for disabled people.

Next: DONALD O. THOMPSON »
Memorial Tributes: Volume 19 Get This Book
×