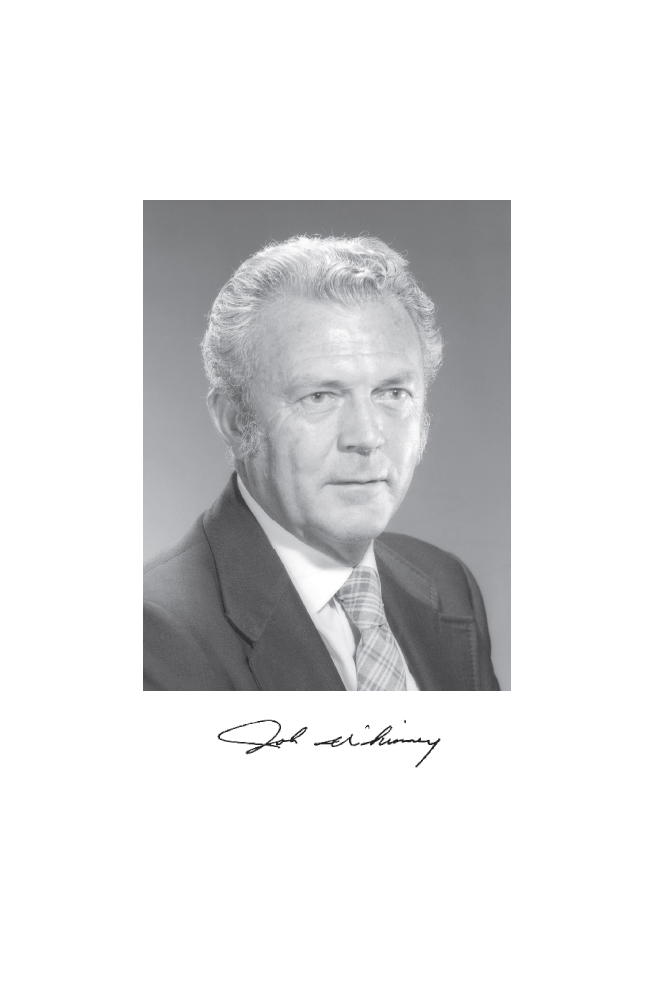 “Contributor to the fields of microwave theory, plasma propagation, and lasers.”

JOHN ROY WHINNERY, former dean of engineering at the University of California, Berkeley, and a distinguished innovator in the field of electromagnetism and communication electronics, died February 1, 2009, at his home in Walnut Creek, California. He was 92.

He was born in Read, Colorado, on July 26, 1916, and moved with his family at the age of 10 to Modesto, California, where his father continued farming but also maintained an avid interest in electrical and mechanical systems. Whinnery’s father had bought and operated a light plant to generate electricity for a small town in Colorado, and that probably played an influential role in the boy’s development.

By the time Whinnery graduated from high school in 1933, the Great Depression was under way and obtaining money to attend college was a struggle. According to the introduction to an oral history of his life, he could only afford to attend a local junior college, but greatly impressed his instructors there. They knew he would flourish at UC Berkeley, but funding was beyond his reach. Unbeknownst to him, several of his teachers took up a collection and financed a scholarship to send him to

Reprinted with the permission of the University of California Academic Senate.

UC Berkeley. And after he transferred there in 1935, he proved those instructors right, graduating in 1937 with a bachelor’s degree in electrical engineering and earning the University Medal, the campus’s highest student honor, awarded to the top graduating seniors.

He worked the next nine years at General Electric Corporation in Schenectady, New York. His earliest research, on discontinuities in electromagnetic wave devices, led to innovations in microwave amplifiers such as triodes, which were used in World War II communication devices and radar receivers. His later work in the microwave field was in traveling-wave tubes, including the backward-wave amplifier, which is still used in radar and satellite communications. Also at General Electric he met Simon Ramo, and they coauthored the seminal textbook, Fields and Waves in Modern Radio (John Wiley and Sons, 1944).

In the early 1960s he became interested in the emerging field of lasers and laser applications in communications. He and his students produced advances in ultrashort optical pulses, which can be used to study fast processes in materials and chemical reactions. He was recognized as one of the country’s top experts on the fundamentals of quantum electronics.

He held a number of leadership positions while at UC Berkeley: director of the Electronics Research Laboratory (1952–1956), chair of the Department of Electrical Engineering (1956–1959), and dean of the College of Engineering (1959–1963). He has been credited with driving the postwar transformation of the university’s Electrical Engineering Department from the handbook era into a modern science-based program. He led in recruiting many outstanding faculty members and students, and fostered a culture of excellence and cooperation that characterizes the department to this day. He earned a national reputation in matters of engineering education

and played a key role in the 1963 creation of the national Commission on Engineering Education.

During his four-decade academic career at UC Berkeley he was given the rare honor of being named University Professor, a special designation as a professor-at-large for all University of California campuses that is considered the UC system’s most prestigious recognition of scholarship. Only 36 faculty members, 14 of them from UC Berkeley, have been accorded the title since its creation in 1960.

Besides being recognized for his research, Whinnery is widely credited with helping to bring the study of applied electromagnetic theory to a broader audience with his pioneering 1944 textbook (later editions took the title Fields and Waves in Communications Electronics). It made electromagnetic theory understandable and accessible; modern editions of it are still used in college courses today. In 1994 friends and former students surprised Whinnery at a celebratory event honoring the book’s 50th anniversary by endowing a faculty chair in his name.

During leaves from Berkeley, Whinnery served as head of the Microwave Tube Research Division of the Hughes Aircraft Company (1951–1952), was a Guggenheim Fellow at the Swiss Federal Institute of Technology (ETH Zurich; 1959), participated in research in quantum electronics at Bell Laboratories in New Jersey (1963–1964), and held visiting professorships at UC Santa Cruz and Stanford University. He also served on the Science and Technology Committee on Manned Space Flight of the National Aeronautics and Space Administration (NASA) for the Apollo Space Program.

In 1992 his research contributions, excellence as an educator, and record of service earned him the National Medal of Science, the nation’s highest scientific honor, bestowed by President George H.W. Bush. The many other awards and honors he won over his lifetime include the Benjamin Garver Lamme Award of the American Society for Engineering Education (1974), UC Berkeley Engineering Alumni Society’s Distinguished Engineering Alumnus Award (1980), Medal of Honor of the Institute of Electrical and Electronics Engineers

(1985), NAE Founder’s Award (1986), and Berkeley Citation (1987). He also earned the uncommon distinction of being elected to both the National Academy of Engineering (1965) and the National Academy of Sciences (1972). In 2007, 20 years after he retired from UC Berkeley, the Department of Electrical Engineering and Computer Sciences dedicated a room in Cory Hall as the John R. Whinnery Room.

Friends and colleagues point out that, despite his awards and achievements, Whinnery remained remarkably unassuming. Outside of his professional life, he was known for his love of writing poetry and children’s stories, cultivating fine wines, and hiking in the mountains. He was an enthusiastic golfer, and he loved spending weekends on California’s north coast with his family and friends.

He was preceded in death in 2007 by Patricia, his wife of 63 years. He is survived by daughters Carol, Cathy, and Barbara Whinnery and three granddaughters.

Next: DAVID C. WHITE »
Memorial Tributes: Volume 19 Get This Book
×