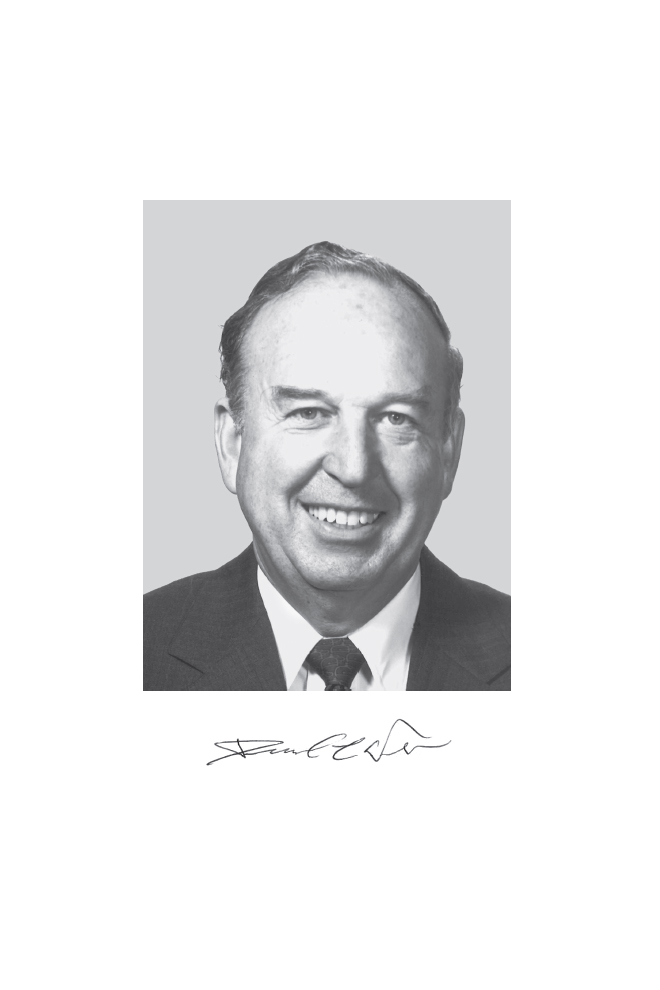 BY STEPHEN R. CONNORS
SUBMITTED BY THE NAE HOME SECRETARY

DAVID CALVIN WHITE, a leader of multidisciplinary energy research at the Massachusetts Institute of Technology and founding director of the MIT Energy Laboratory, died on January 11, 2012, at the age of 89.

David was born in Sunnyside, Washington, on February 18, 1922, and grew up in the Pacific Northwest. He interrupted his electrical engineering studies at Multnomah Junior College and Oregon State College to work as an electrical engineer during World War II at the Kaiser Industries’ Columbia River shipyards, building Liberty ships. After the war he resumed his schooling and obtained his BS (1946), MS (1947), and PhD (1949) in electrical engineering from Stanford University.

After three years as an associate professor at the University of Florida, Gainesville, he joined the electrical engineering faculty of MIT in 1952. He became a full professor in 1958, and was honored in 1962 with appointment as one of MIT’s first Ford Professors of Engineering. His research focused on electrical energy conversion and machinery.

He also devoted much time and effort to finding better ways to educate young engineers. During the 1950s and early 1960s he developed both new curricula and teaching labs in electrical engineering. Among other activities, he and fellow faculty member Herbert H. Woodson constructed a generalized

rotating energy converter to help educate students about the differences between AC and DC as well as induction and synchronous generators and motors. In 1959 the two published the seminal textbook Electromechanical Energy Conversion (Wiley).

David was a great mentor of students and colleagues throughout his career, as was evident in his role as housemaster of Burton-Conner on the MIT campus from 1963 to 1968, and in his work during the next two years as a visiting professor and senior advisor to the Birla Institute of Technology in Pilani, India.

On returning from India in 1970, he began to focus on broader issues of energy science, engineering, economics, and policy. He was the founding director of the MIT Energy Laboratory in November 1972, almost a year before the first mid-East oil crisis. He led the lab throughout the 1970s and 1980s, supporting basic and applied research across MIT in combustion and fuels, power systems, transportation, energy system modeling and analysis, environmental management, energy economics and policy, and more. Under the auspices of the lab were such organizational units as the Sloan Automotive Laboratory, the Combustion Research Facility, and the Center for Energy and Environmental Policy Research.

David handed over the directorship of the Energy Lab to Jefferson Tester in 1988 but remained involved until his retirement in 1992. In 2006 the lab, by then renamed the Laboratory for Energy and Environment, became part of the campuswide MIT Energy Initiative, established by MIT President Susan Hockfield and directed by Professor Ernest Moniz, the current US Secretary of Energy.

Retired MIT President Paul Gray, a former student of David’s, recalls him as a constructive force at MIT and a mentor to a great many students and faculty over the years. David would frequently invite MIT students, faculty, and visitors down to his home on Cape Cod for a weekend of relaxation and fishing in Nantucket Sound off the back of his boat.

recognized as an honorary professor of the Instituto Politécnico Nacional, Mexico, both in 1961. In addition to his membership in the National Academy of Engineering, he was a fellow of the Institute of Electrical and Electronics Engineers and the American Academy of Arts and Sciences, and a member of the American Society for Engineering Education and honorary societies Phi Beta Kappa, Sigma Xi, Tau Beta Pi, and Eta Kappa Nu.

He served in a number of professional capacities during his career: he was a trustee for the Lowell Technological Institute (1972–1974) and a member of the Corporation of the Woods Hole Oceanographic Institution (1977–1986), Research Coordination Panel for the Gas Research Institute (1977–1986; chairman, 1981–1983), Liaison Subcommittee on Energy Systems of the Advisory Committee of the International Institute for Applied Systems Analysis (1977–1982), Energy Research Center Visiting Committee at Lehigh University (1979–1982), Advisory Council of the Electric Power Research Institute (1980–1987; chairman, 1984–1986), Electrical Power Peer Search Committee of the National Academy of Engineering (1980–1984), and Energy Engineering Board of the National Research Council (1986–1989).

David was a generous man who enjoyed coaching and mentoring others in the achievement of their goals. He shared his knowledge and wisdom freely with colleagues and students, only asking that they apply themselves diligently and honestly. On a personal level, Dave’s family and friends will most remember his gentle ways, exceptional brilliance, and unconditional love for his family. He was a caring husband and exceptional father and he spent his last year embracing his love of family while living with his wife, daughter, and son-in-law in Scottsdale, Arizona. Dave’s other great love was the ocean. He spent much of his life on Cape Cod: tinkering with boats, boating to the nearby islands, blue fishing, and entertaining over a lobster dinner. Whether at work or play, he lived life deliberately in the company of those he cared for.

At the time of his death, David White was survived by his wife of 45 years, Margot Fuller White (1929–2014); daughter Constance Anne White; and granddaughter Heather Glorianna Coman. He was predeceased by daughter Julie Ann Coman and his first wife, Glorianna Guilii White. He is also survived by his sister, Eloise W. Johnson; sons-in-law Steven J. Schettler and William L. Coman; and grandson-in-law Jiri I. Herrmann.

Next: JAMES H. WHITELAW »
Memorial Tributes: Volume 19 Get This Book
×