Get This Book
Visit NAP.edu/10766 to get more information about this book, to buy it in print, or to download it as a free PDF.
« Previous: SIDNEY A. BOWHILL
Page 29 Share Cite
Suggested Citation:"HOWARD BRENNER." National Academy of Engineering. 2015. Memorial Tributes: Volume 19. Washington, DC: The National Academies Press. doi: 10.17226/21785.
× 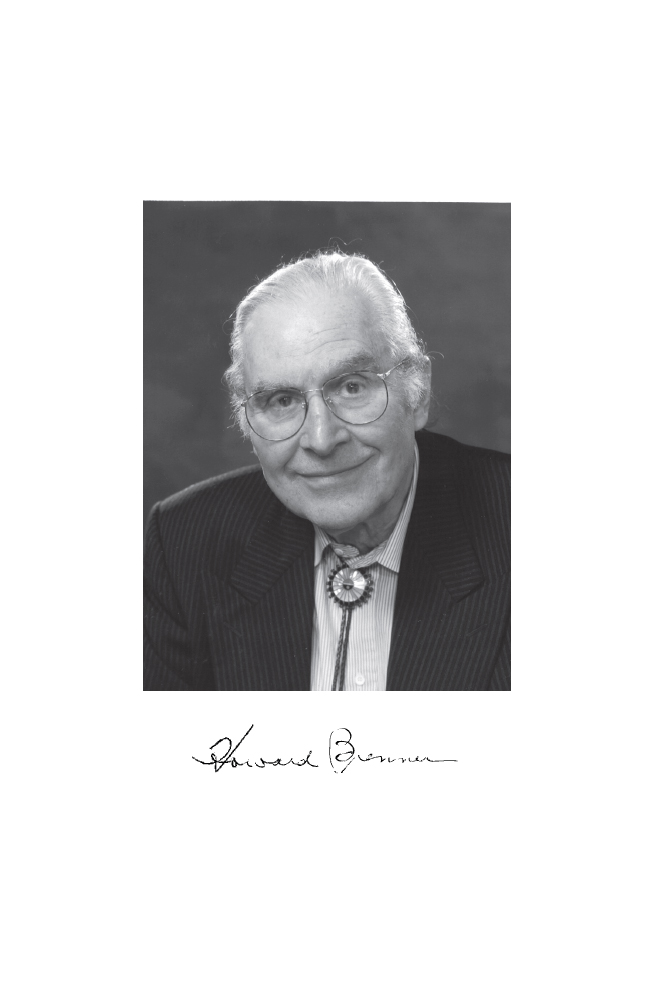 BY DAVID A. EDWARDS

HOWARD BRENNER, professor emeritus of chemical engineering at the Massachusetts Institute of Technology and a pioneer of the diverse phenomena that accompany the movement of mass, energy, and momentum in continua, died on February 17, 2014, at age 84. Modern understanding of fluid flow at low Reynolds number and transport phenomena of complex media is critically associated with his singular legacy.

Howard Brenner was born March 16, 1929, and raised in New York City. He earned his bachelor’s degree from Pratt Institute in 1950 and his PhD in 1957 from New York University (NYU), both in chemical engineering. His research work with John Happel and later as an NYU faculty member (1955–1966) led to his first seminal textbook, Low Reynolds Number Hydrodynamics (with Happel; Prentice-Hall, 1965), a cornerstone of his work and reputation for several decades.

He was a highly visual, rigorous, and keenly intuitive applied mathematician. From the 1960s, and especially in his faculty position in the Chemical Engineering Department at Carnegie Mellon University (1966–1977), he published groundbreaking work on the movement of colloidal bodies. This work continued through his faculty positions at the University of Rochester (1977–1981) and MIT (1981–2014), and came to include a remarkable body of analyses of the

movement of solid, flexible, and aggregated particle systems subject to Brownian motion and relevant to the study of diverse fields ranging from biology (i.e., Purcell’s Life at Low Reynolds Number) to engineering separations and aerosol physics.

He authored articles of unusual scholarship, with hand-drawn images, reflective of an earlier era of scientific inquiry. These and other works, with forever-admiring graduate and postgraduate students, spawned fields of study that mark the careers of many theoretical and experimental researchers today, including those who study biophysics, filtration, osmotic membrane flow, and transport phenomena in multiphase systems. At the end of his life, his work to elucidate the foundations of transport phenomena, including his contention that fundamental fluid dynamic equations, notably the Navier-Stokes equations, should be reformulated, became a particular and consuming passion.

He published over 200 research articles and three textbooks during his distinguished career. His textbooks Interfacial Transport Phenomena and Rheology (coauthored with me and Darsh Wasan; Butterworth-Heinemann, 1991) and Macrotransport Processes (coauthored with me; Butterworth-Heinemann, 1993) formulated new areas of applied mathematical inquiry. Interfacial Transport, written following an earlier unpublished work by Li Ting, gave a coherent mathematical basis to what had for many years remained a field of study marked by the inherent confusion that follows the transposition of the laws of flat space into the physics of moving and deforming two-dimensional surfaces. The field was of direct pertinence to the food, cosmetic, and oil industries. Macrotransport Processes assembled a decade of effort by Brenner with his students and postdocs to provide a rational, systematic, if difficult approach to the movement of fluids and particles through complex media such as occurs in the movement of molecules and cellular bodies, in tissues, or oil through the ground.

Brenner deeply influenced those who worked closely with him during his long career. He had no patience for error. Those of us who worked with him for many years inevitably began at a place far from where we would end up intellectually. The first weeks and months working with him were likely to bring frustration—which thankfully dissipated as we learned.

His approach was that of the player-coach. Rarely did he ask of a student or postdoc what he could not himself do, if he gave himself the time, with perfection. We always knew this, and his reaction to our work, whatever it was, changed how we thought. We forged a special bond with him that many of us will never forget. We dined with him, occasionally went to a Red Sox game with him, and sat for long hours in our offices talking with him.

He was appreciated by those well beyond his professional circle, as attested by a letter from Ariel Mathiowitz, son of the Brenners’ friend Edith Mathiowitz, professor at Brown University. Ariel wrote: “Howard was such a smart and fun person. Growing up he was my favorite guest at our Passover dinners. I looked up to him as a source of comedy, intellect, and wit. He always had a story to tell that lifted everyone’s spirits. His presence was one of the main reasons that I, as a child, would stay just a bit longer at the dinner table before escaping upstairs to get away from the boring adult talk.”

Next: BORIS BRESLER »
Memorial Tributes: Volume 19 Get This Book
×