Chapter:Appendix B: Letter of Request

Get This Book
Visit NAP.edu/10766 to get more information about this book, to buy it in print, or to download it as a free PDF.
« Previous: Appendix A: Statement of Task
Page 104 Share Cite
Suggested Citation:"Appendix B: Letter of Request." National Academies of Sciences, Engineering, and Medicine. 2016. New Worlds, New Horizons: A Midterm Assessment. Washington, DC: The National Academies Press. doi: 10.17226/23560.
× 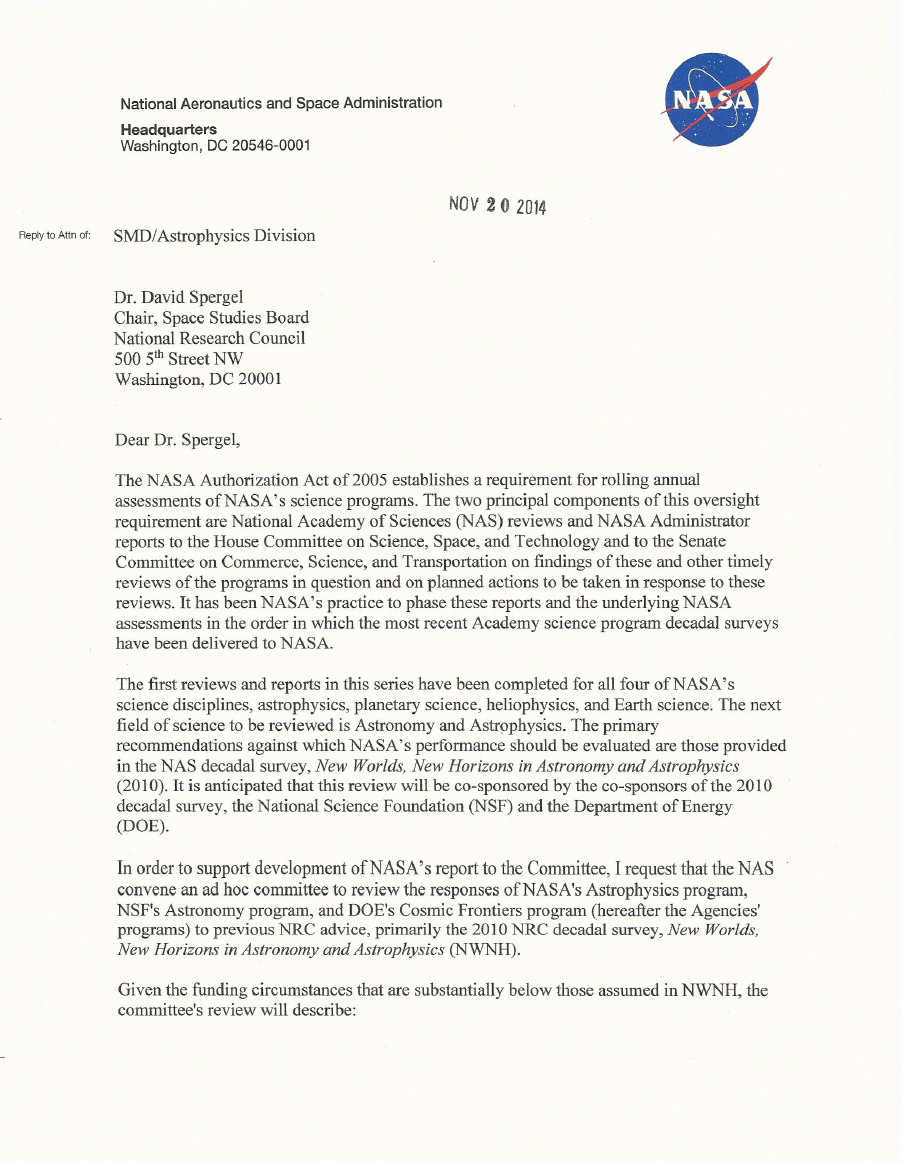 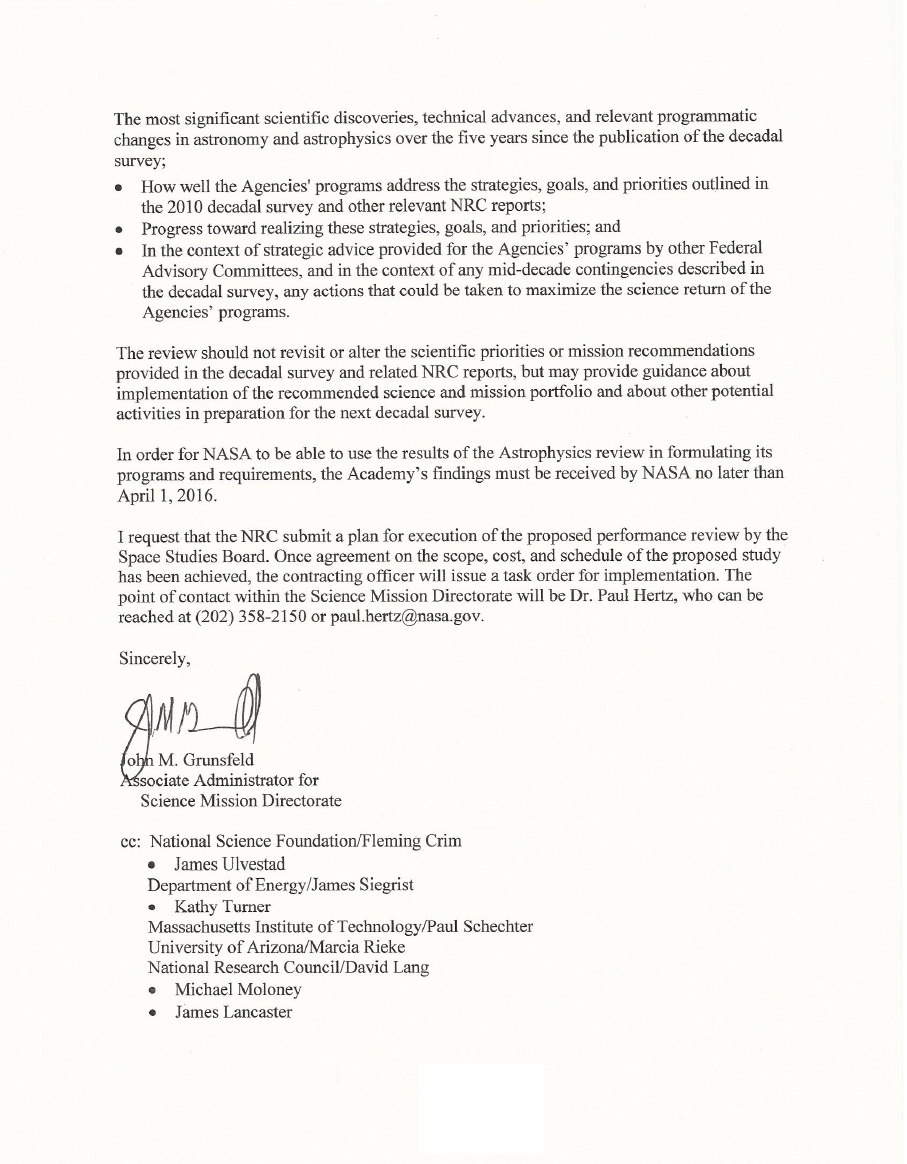 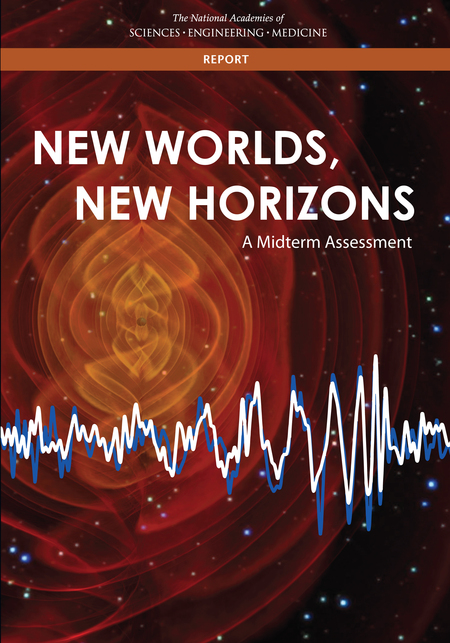 New Worlds, New Horizons in Astronomy and Astrophysics (NWNH), the report of the 2010 decadal survey of astronomy and astrophysics, put forward a vision for a decade of transformative exploration at the frontiers of astrophysics. This vision included mapping the first stars and galaxies as they emerge from the collapse of dark matter and cold clumps of hydrogen, finding new worlds in a startlingly diverse population of extrasolar planets, and exploiting the vastness and extreme conditions of the universe to reveal new information about the fundamental laws of nature. NWNH outlined a compelling program for understanding the cosmic order and for opening new fields of inquiry through the discovery areas of gravitational waves, time-domain astronomy, and habitable planets. Many of these discoveries are likely to be enabled by cyber-discovery and the power of mathematics, physics, and imagination. To help realize this vision, NWNH recommended a suite of innovative and powerful facilities, along with balanced, strong support for the scientific community engaged in theory, data analysis, technology development, and measurements with existing and new instrumentation. Already in the first half of the decade, scientists and teams of scientists working with these cutting-edge instruments and with new capabilities in data collection and analysis have made spectacular discoveries that advance the NWNH vision.

New Worlds, New Horizons: A Midterm Assessment reviews the responses of NASA's Astrophysics program, NSF's Astronomy program, and DOE's Cosmic Frontiers program to NWNH. This report describes the most significant scientific discoveries, technical advances, and relevant programmatic changes in astronomy and astrophysics over the years since the publication of the decadal survey, and assesses how well the Agencies' programs address the strategies, goals, and priorities outlined in the 2010 decadal survey.