32 STUDY COMMITTEE BIOGRAPHICAL INFORMATION James Winebrake (Chair) is the Professor and Dean of the College of Liberal Arts at the Rochester Institute of Technology (RIT) and Co-Director of the RIT Laboratory for Environmental Computing and Decision Making. Previously, he was the chair of the Department of Science, Technology, and Society/Public Policy, and directed a BS program in public policy and an MS program in science, technology, and public policy. Dr. Winebrake has published on a wide variety of transportation, energy, and environmental topics. Over the past decade, he has been involved in evaluating the environmental impacts of freight transportation, with emphasis on air quality, health, climate change, and regulations. He was chair of the 2013â2015 TRB Committee for Review of the USDOT Truck Size and Weight Study. Before joining RIT, Dr. Winebrake served as an Associate Professor of integrated science and technology at James Madison University. He received a BS in physics from Lafayette College, an MS in technology and policy from the Massachusetts Institute of Technology, and a PhD in energy management and policy from the University of Pennsylvania. Imad L. Al-Qadi is the Bliss Professor of Engineering, Director of the Advanced Transportation Research and Engineering Laboratory, and founding Director of the Illinois Center for Transportation at the University of Illinois at Urbana-Champaign. Before that, he was the Charles E. Via, Jr., Professor at Virginia Tech. His work has resulted in the development of new pavement modeling methods, techniques, and testing standards. He is the past President of the American Society of Civil Engineersâ (ASCEâs) Transportation and Development Institute Board of Governors and is the Editor-in-Chief of the International Journal of Pavement Engineering. Professor Al-Qadi has received the National Science Foundationâs Young Investigator Award, the quadrennial International Geosynthetics Society Award, the ASCE James Laurel Prize, the American Road and Transportation Builders Association Steinberg Award, the ASCE Turner Award, and the French Limoges Medal. In 2010 he was elected as an ASCE Distinguished Member. He is a registered professional engineer. Professor Al-Qadi edited 20 proceedings

33 and authored or co-authored more than 600 publications. Professor Al-Qadi holds a BS from Yarmouk University and an MEng and a PhD from The Pennsylvania State University, all in civil engineering. Gongkang Fu is a Professor of civil and architectural engineering at the Illinois Institute of Technology. His research concerns bridge design methods, methods for evaluating bridge capacity, bridge inspection and monitoring techniques, bridge load rating and overweight truck permits, engineering management, uncertainty modeling and analysis, and system reliability assessment. He was the head of structures research with the New York State Department of Transportation for seven years, and has worked on design and research projects for various agencies, including the Federal Highway Administration, National Cooperative Highway Research Program, National Science Foundation, and the Arizona, California, Georgia, Illinois, Michigan, New York, and Ohio departments of transportation. He is a registered Professional Engineer in Michigan and New York. He received a PhD in civil engineering from Case Western Reserve University and an MS in engineering mechanics and a BS in civil engineering from Tongji University, Shanghai, China. David L. Harkey is the President of the Insurance Institute for Highway Safety and Highway Loss Data Institute. His research focuses on applying transportation engineering principles and research evaluation methodologies to improve highway safety for motorists, pedestrians, and bicyclists in the areas of traffic operations, geometric design, and roadside design. Until 2017, he was the Director of the Highway Safety Research Center at the University of North Carolina, where he collaborated with behavioral researchers on studies to develop countermeasures that combine engineering and behavioral components to address safety problems. Dr. Harkey is the chair of TRBâs Safety and Systems Users Group. He is a registered professional engineer in North Carolina and holds a PhD in civil engineering from North Carolina State University and an MSE and a BSCE from the University of North Carolina at Charlotte.

34 Douglas W. Harwood is a Program Director at the Transportation Research Center at MRIGlobal, a not- for-profit research institute located in Kansas City, Missouri. Mr. Harwood has more than 40 years of research experience with federal, state, and local agencies. His research is in the areas of traffic safety, highway geometric design, and traffic operations. He has led research projects that have addressed the relationship of vehicle characteristics to highway geometric design and traffic safety. Mr. Harwood is a licensed professional engineer in Kansas, Missouri, and Montana. He is a member of TRBâs Committee on Highway Safety Performance and holds a BS in civil engineering from Clarkson College and an MS in transportation engineering from Purdue University. Susan E. Hida is the Assistant State Bridge Engineer for the California Department of Transportation (Caltrans) in Sacramento. Her professional experience includes the design and analysis of bridges, as well as structural reliability and probability-based design methods. She is a former member of the AASHTO Subcommittee on Bridges and Structures and chaired the AASHTO Loads/Load Distribution Technical Committee. Previously, she was the Chair of the Caltrans Loads Committee and Project Engineer for the Bayshore Viaduct Seismic Retrofit, Grass ValleyâYuba City Seismic Retrofit, and New River Bridge redesign, among others. Ms. Hida is a licensed professional engineer in California and Oregon. She received the James E. Roberts Award for Outstanding Structures Engineering in Transportation. She holds a BS and an MS in civil engineering (structural emphasis) from Purdue University and an MS in civil engineering (emphasis on structural mechanics) from Princeton University. JosÃ© HolguÃ­n-Veras is the William H. Hart Professor and Director of the Volvo Research and Educational Foundations Center of Excellence for Sustainable Urban Freight Systems and the Center for Infrastructure, Transportation, and the Environment at Rensselaer Polytechnic Institute. His research interests are in the areas of freight transportation modeling and economics and humanitarian logistics. His work has opened the door to new paradigms for freight systems that increase economic efficiency as well as environmental justice. His work on humanitarian logistics has played an influential role in disaster

35 response procedures and has led to deeper insight into how to best respond to large disasters and catastrophic events. He is the President of the Scientific Committee of the Pan-American Conferences of Traffic and Transportation Engineering and a member of the Scientific Committee of the World Conference of Transport Research. He is a member of numerous technical committees and editorial boards of leading journals. He is the recipient of numerous awards, including the 2013 White Houseâs Transportation Champion of Change Award, the 1996 Milton Pikarsky Memorial Award, and the 2001 National Science Foundationâs CAREER Award. He received a BSc from the Universidad AutÃ³noma de Santo Domingo in 1982, an MSc from the Universidad Central de Venezuela in 1984, and a PhD from The University of Texas at Austin. Clinton V. Oster, Jr., is Professor Emeritus and former Associate Dean for Bloomington Programs at the School of Public and Environmental Affairs at Indiana University. His research has centered on aviation safety, airline economics and competition policy, energy policy, and environmental and natural resource policy. He has co-authored five books on various aspects of air transportation, including Deregulation and the Future of Intercity Passenger Travel with John Meyer and Managing the Skies: Public Policy, Organization, and Financing of Air Navigation with John Strong. He has chaired and served on numerous National Research Council committees, including the Committee for the Study of Traffic Safety Lessons from Benchmark Nations, Committee on the Federal Employersâ Liability Act, Committee on the Effects of Commuting on Pilot Fatigue, and Committee on NASAâs National Aviation Operational Monitoring Service Project. He was a member of the Committee for Guidance on Setting and Enforcing Speed Limits and the Committee for a Study on Air Passenger Service and Safety Since Deregulation. He holds a BS in engineering from Princeton University, an MS in public affairs from Carnegie Mellon University, and a PhD in economics from Harvard University. Michael Tooley is the Director of the Montana Department of Transportation, a position that he has held since January 2013. Before that, he served in the Montana Highway Patrol for 28 years, including 4 years

36 as a colonel. He has extensive experience in highway safety project management and research. He has a BS in public safety administration from Grand Canyon University and he has attended the Federal Bureau of Investigation National Academy at the University of Virginia and the Senior Executives in State and Local Government program at Harvard Universityâs John F. Kennedy School of Government. Dennis F. Wilkie (NAE) retired as Corporate Vice President and Chief of Staff for the Integrated Electronic Systems Sector at Motorola, Inc., in 2002. He joined Motorola, Inc., in 1996 after retiring from the Ford Motor Company. During his years at Motorola he was involved in automotive electronic systems, energy systems, and embedded electronic control systems management. He retired from the Ford Motor Company in 1996 as Corporate Vice President for Business Development. He worked at Ford for 28 years, and his work involved the application of control theory and systems engineering to automobiles and the field of transportation. He worked on automotive electronic systems issues as well as infrastructure issues such as automated highways, automated transportation systems, and ITS. In recent years, he has focused on the utilization of electronics and wireless technology to bring new levels of convenience, safety, and information to vehicles. He was elected to the National Academy of Engineering in 2000 and is a Fellow of the Society of Automotive Engineers. He holds a BS and an MS in electrical engineering from Wayne State University, a PhD in electrical engineering from the University of Illinois, and an MS in management (Sloan Fellow) from the Massachusetts Institute of Technology. Sharon L. Wood (NAE) is the Dean of the Cockrell School of Engineering and a professor in the Department of Civil, Architectural and Environmental Engineering at The University of Texas at Austin. She holds the Cockrell Family Chair in Engineering #14. Her research interests include developing passive sensors to monitor the condition of civil infrastructure systems, investigating the fatigue response of cable-stayed and pre-stressed concrete bridges, and improving the seismic response of reinforced concrete buildings. She was elected to the National Academy of Engineering in 2013. Professor Wood is a past President of the American Concrete Institute and a member of its Structural Concrete Building 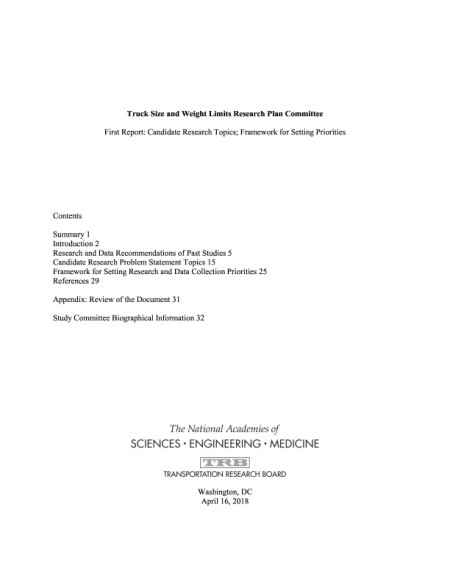