Get This Book
Visit NAP.edu/10766 to get more information about this book, to buy it in print, or to download it as a free PDF.
« Previous: 4 Developing a Framework for Use of Evidence from Emerging Neurotechnologies
Page 41 Share Cite
Suggested Citation:"5 Moving Forward: Potential Next Steps." National Academies of Sciences, Engineering, and Medicine. 2018. Neuroforensics: Exploring the Legal Implications of Emerging Neurotechnologies: Proceedings of a Workshop. Washington, DC: The National Academies Press. doi: 10.17226/25150.
×

Neuroscience research is an ethical and moral imperative, said Hank Greely. Moreover, he said, the field of neuroforensics will inevitably grow

and become more challenging as neuroscience enables more sophisticated ways to look at the brain and make useful inferences about the mind that will be relevant to the law. He added that every scientific revolution is built on the development of new tools and requires consideration of the legal implications that will follow from the next generation of these tools.

BUILDING THE NEXT GENERATION OF TOOLS

Among this next generation of tools are models that enable interpretation of the anatomical or circuit dysfunction in individuals to infer brain function, such as those discussed by Jack Gallant and Tor Wager. Calling it a formidable task to build such models, Frances Jensen, chair and professor of neurology at the University of Pennsylvania, suggested that investigators might start by using patient populations with known diagnoses or specific lesions as a way to backtrack into these systems. Gallant said this could be done by treating brain disorders as individual differences in building the models. To use such models in a medical setting, he said, it would be necessary to estimate where within the group data an individual patient “lives.” This would require a method for quickly determining which person in the original sample most closely represents the subject of interest. Wager added that it would also be important, albeit challenging, to separate out predispositions (risk factors), consequences (things that change afterward), and current mediators of how a person feels. For the last factor, one strategy is to build normative models based on populations experiencing an event such as chronic pain.

Large databases such as the UK Biobank database might enable building such models if they contain the right kinds of information, said Steven Hyman. Alternatively, Benjamin Neale suggested that it may be possible to actively monitor the population to create a system that would leverage multiple neuroscience techniques for better prediction about the probability of reoffending. However, whether an aggressive government invasion of this type is acceptable is more a question for politicians than neuroscientists.

Another challenge in building these models is the fact that the brain undergoes topological reorganization in response to damage. New technologies are on the horizon that will be helpful in mapping spatial variation topologically, said Wager, and these data will also need to be incorporated into the models. Cognitive reserve adds another layer of complication to these models, he said, because it leads to substantial disconnects between structure and function.

Other models might be built to inform specific legal concepts such as competency, provocation, mental capacity, and volition. For example, Nita Farahany suggested that with regard to determining competency, it would be useful to define what capacities are necessary for decision making in different contexts, and then to determine whether anything in neuroscience maps to those specific competency skills and thus whether neuroscience can inform decision making in this area.

To help judges and others in the legal system have a better sense of what should be demanded of evidence before it is admitted at trial, Joshua Sanes suggested a National Academies consensus study. He noted that CSTL previously published a consensus report on eyewitness identification, and that some recommendations of that report were subsequently adopted by the Department of Justice. The study he currently envisions could address, for example, how to distinguish between types of data that are useful statistically over a heterogeneous population and those that can inform with some assurance on individual behavior and motivations. Greely noted that the Federal Bureau of Investigation (FBI) established an accreditation process for crime labs, and that courts are much more likely to admit evidence from FBI-accredited labs. With regard to neuroscience evidence, developing recommendations that respect the limits of basic science, and a set of procedures that are replicable and that can lead to reliable results, would be useful to judges, he said. Similarly, he noted that in order for a technology to be approved for medical use, it must go through rigorous evaluation by the Food and Drug Administration (FDA). One participant suggested that FDA might also be the arbiter of whether claims based on neurodiagnostics evidence can be used in court.

Hyman commented that further thought should be given to mechanisms to fund the adaptation of this fundamentally health-based research to the judicial system. Recognizing that federal funding for the research to adapt neuroscience tools to answer legal questions is likely to be limited, Hyman suggested that foundations or groups of foundations which understand the problems faced by courts could help move this research forward.

Using neuroscientific evidence in legal settings also raises many important ethical questions mentioned by Francis Shen, but not addressed in this workshop. Can the neurobiology of decision making help determine

competence to make decisions? What, if any, legal rights should be taken away based on brain circuit abnormalities? How should the law handle probabilistic biomarkers of a mental disorder or a neurological condition such as Alzheimer’s disease? For example, should evidence of neurocircuit abnormalities be admitted in elder fraud cases to demonstrate vulnerability of the person who has allegedly been defrauded?

Another necessary step, said Joshua Buckholtz, may be to “demarcate specific legal standards for which there is consistent agreement that no viable scientific operationalization exists.” In those cases, he said, “scientific evidence should not be used as an ‘empirical fig leaf’ to prop up intuitions and preferences that are driving judgments” (Buckholtz et al., 2016, p. 28).

Next: Appendix A References »
Neuroforensics: Exploring the Legal Implications of Emerging Neurotechnologies: Proceedings of a Workshop Get This Book
× 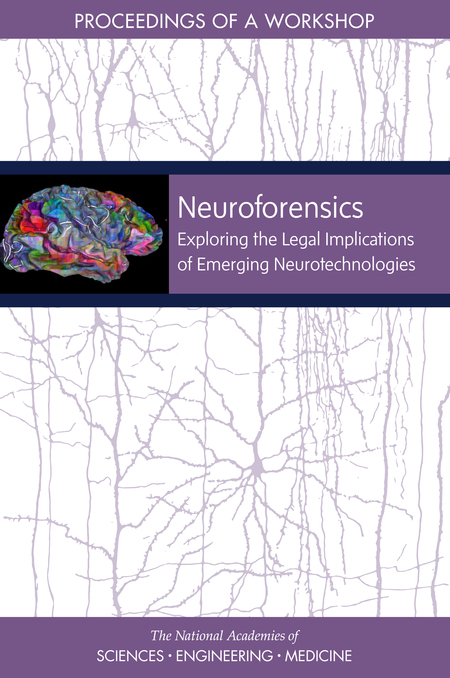