Engineering Responses to Climate Change: Proceedings of a Forum (2022)

Get This Book
Visit NAP.edu/10766 to get more information about this book, to buy it in print, or to download it as a free PDF.
Page i Share Cite
Suggested Citation:"Front Matter." National Academy of Engineering. 2022. Engineering Responses to Climate Change: Proceedings of a Forum. Washington, DC: The National Academies Press. doi: 10.17226/26458.
×

Prepared by Steve Olson
for the

NOTICE: The subject of this publication is the forum titled Engineering Responses to Climate Change, held during the 2021 annual meeting of the National Academy of Engineering.

Copyright 2022 by the National Academy of Sciences. All rights reserved.

In 1938, in an article titled “The Artificial Production of Carbon Dioxide and Its Influence on Temperature,” the British engineer Guy S. Callendar argued that an increase in atmospheric carbon dioxide since the beginning of the 20th century had caused global temperatures to rise. Though scarcely noticed at the time, Callendar’s article successfully identified what would become the most pressing issue of the 21st century.

At the forum held during this year’s annual meeting of the National Academy of Engineering, five distinguished engineers gathered virtually to explore the roles that engineers can play in both mitigating and helping society adapt to climate change. Tim Lieuwen (Georgia Institute of Technology), an international authority on clean energy and propulsion, examined changes needed in energy infrastructure to greatly reduce emissions of carbon dioxide. Leslie Shoemaker, president of Tetra Tech and a leader in the development of environmental analytics and modeling as decision tools, described the potential of infrastructure at the interface of land and water to solve climate-related problems. Princeton University professor Catherine Peters, an expert in environmental chemistry and geochemistry, explored the concept of removing carbon dioxide from the atmosphere and sequestering it underground or in building materials. Mohammad Shahidehpour (Illinois Institute of Technology), who specializes in electric power system operation and planning, explained how the microgrid that he and his associates have built around their campus could serve as a model worldwide. And Ken Washington (Amazon), who has extensive experience with consumer devices and services, described how steps taken by the companies that build and sell products can help consumers make more energy-conscious decisions.

As in previous years, the forum was moderated by mechanical engineer, television host, and entrepreneur Deanne Bell. After earning her BS in mechanical engineering at Washington University in St. Louis, she worked in optomechanics at Raytheon. Her television hosting credits include PBS, ESPN, Discovery Channel, National Geographic, DIY Network, and CNBC’s Make Me a Millionaire Inventor. She is also the founder and CEO of Future Engineers, an education technology company that engages students in online contests and challenges.

In my conversations with members of the National Academy of Engineering, climate change is the issue they cite as our most important challenge. Many are involved in efforts to address the issue, both in their work as engineers and as advocates for better policies and greater urgency. They are planning infrastructure for resilience, protecting water and electricity supplies, designing structures to withstand flooding and wind, building sustainability into commercial operations and residential living, and undertaking many other activities to both reduce the pace of climate change and remediate its effects.

Many aspects of our lives will need to change to reduce the amount of carbon entering the atmosphere. We will need to replace many carbon fuels with renewable forms of energy, which is happening slowly but surely. The things we use, from cars to refrigerators to buildings, will need to become more efficient. Carbon dioxide will need to be captured and sequestered so that it does not enter the atmosphere. New energy sources such as small nuclear reactors that are safer and less expensive will need to be developed. Engineering will be essential for all these endeavors to succeed.

As a parent of two with five grandchildren, I’m worried about their future. As a scientist and engineer, I’m convinced that we can solve this problem and create a better world for my grandchildren and their grandchildren. The speakers at this year’s forum showed us a path forward.

The Need for New Policies

Next: 1 Infrastructure Transformation »
Engineering Responses to Climate Change: Proceedings of a Forum Get This Book
× 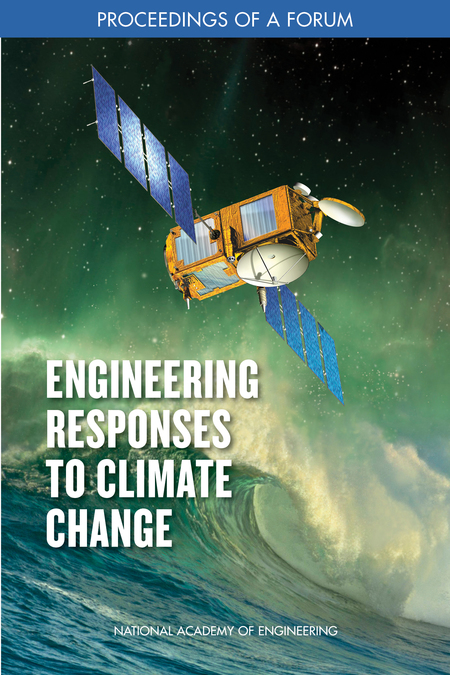 At the forum held during the 2021 annual meeting of the National Academy of Engineering, distinguished engineers gathered virtually to explore the roles that engineers can play in both mitigating and helping society adapt to climate change. Through a series of brief presentations and responses to questions from the moderator and the forum audience, the speakers discussed many of the issues at the forefront of climate-related engineering practice and policy today. This publication highlights the presentation and discussion of the event.