Get This Book
Visit NAP.edu/10766 to get more information about this book, to buy it in print, or to download it as a free PDF.
« Previous: Publication and Openness
Page 12 Share Cite
Suggested Citation:"The Allocation of Credit." Institute of Medicine, National Academy of Sciences, and National Academy of Engineering. 1995. On Being a Scientist: Responsible Conduct in Research, Second Edition. Washington, DC: The National Academies Press. doi: 10.17226/4917.
×

militarily sensitive research, openness in disseminating research results may not be possible. Scientists working under such conditions may need to find other ways of exposing their work to professional scrutiny. Unclassified summaries of classified work can compensate for the lack of open scrutiny that allows the validation of results elsewhere in science. Properly structured visiting committees can examine proprietary or classified research while maintaining confidentiality. 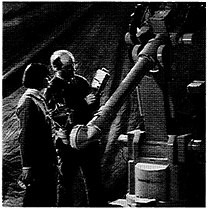 THE ALLOCATION OF CREDIT

The principle of fairness and the role of personal recognition within the reward system of science account for the emphasis given to the proper allocation of credit. In the standard scientific paper, credit is explicitly acknowledged in three places: in the list of authors, in the acknowledgments of contributions from others, and in the list of references or citations. Conflicts over proper attribution can arise in any of these places.

Citations serve many purposes in a scientific paper. They acknowledge the work of other scientists, direct the reader toward additional sources of information, acknowledge conflicts with other results, and provide support for the views expressed in the paper. More broadly, citations place a paper within its scientific context, relating it to the present state of scientific knowledge.

Failure to cite the work of others can give rise to more than just hard feelings. Citations are part of the reward system of science. They are connected to funding decisions and to the future careers of researchers. More generally, the misallocation of credit undermines the incentive system for publication.

In addition, scientists who routinely fail to cite the work of others may find themselves excluded from the fellowship of their peers. This consideration is particularly important in one of the more intangible aspects of a scientific career-that of building a reputation. Published papers document a person's approach to science, which is why it is important that they be clear, verifiable, and honest. In addition, a researcher who is open, helpful, and full of ideas becomes known to colleagues and will benefit much more than someone who is secretive or uncooperative. 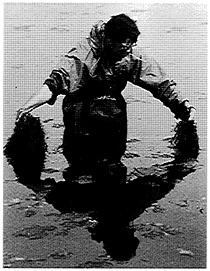 The allocation of credit can also become an issue in the listing of authors' names. Science has become a much more collaborative enterprise than it was in the past. The average number of authors for articles in the New England Journal of Medicine, for example, has risen from slightly more than one in 1925 to more than six today. In some areas, such as high-energy physics or genome sequencing, the number of authors can rise into the hundreds. This increased collaboration has produced many new opportunities for researchers to work with colleagues at different stages in their careers, in different disciplines, or even in widely separated locations. It has also increased the possibility for differences to arise over questions of authorship.

In many fields, the earlier a name appears in the list of authors, the greater the implied contribution, but conventions differ greatly among disciplines and among research groups. Sometimes the scientist with the greatest name recognition is listed first , whereas in other fields the research leader's name is always last. In some disciplines supervisors' names rarely appear on papers, while in others the professor's name appears on almost every paper that comes out of the lab. Some research groups and journals avoid these decisions by simply listing authors alphabetically.

Frank and open discussion of the division of credit within research groups—as early in the research process as possible and preferably at the very beginning, especially for research leading to a published paper—can prevent later difficulties. The best practice is for authorship criteria to be explicit among all collaborators. In addition, collaborators should be familiar with the conventions in a particular field to understand their rights and obligations. Group meetings provide an occasion to discuss ethical and policy issues in research.

The allocation of credit can be particularly sensitive when it involves researchers at different stages of their careers-for example, postdocs and graduate students, or senior faculty and student researchers. In such situations, differences in roles and status compound the difficulties of according credit.

Several considerations must be weighed in determining the proper division of credit between a student or research assistant and a senior scientist, and a range of practices are acceptable. If a senior researcher has defined and put a project into motion and a junior researcher is invited to join in, major credit may go to the senior

Next: Authorship Practices »
On Being a Scientist: Responsible Conduct in Research, Second Edition Get This Book
× 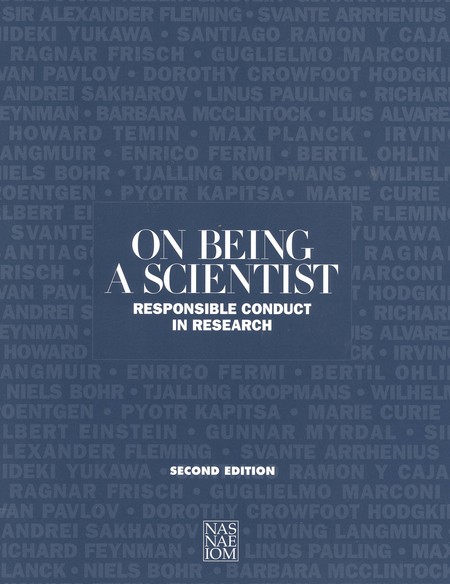