Integrating Federal Statistics on Children: Report of a Workshop (1995)

Visit NAP.edu/10766 to get more information about this book, to buy it in print, or to download it as a free PDF.
Page i Share Cite
Suggested Citation:"Front Matter." Institute of Medicine and National Research Council. 1995. Integrating Federal Statistics on Children: Report of a Workshop. Washington, DC: The National Academies Press. doi: 10.17226/4941.
×

Acknowledgments The Board on Children and Families and the Committee on National Statistics wish to thank the authors of the papers in this volume, as well as the many presenters and discussants who provided thoughtful comments at the workshop. We especially thank Robert Hauser of the University of Wisconsin for serving as chair. We also gratefully acknowledge the commitment and support of all those who worked collaboratively to organize the workshop and prepare this report. In the early stages of the project, Constance Citro, Deborah Phillips, and Miron Straf developed plans for the workshop. Nancy Maritato took the major responsibility for organizing the workshop and prepared an initial draft of the workshop summary. Drusilla Barnes and Agnes Gaskin assisted in the planning and organizing efforts. Deborah Phillips and Anne Bridgman took the lead in making revisions, responding to review, and preparing the final draft. Christine McShane edited the report and prepared it for publication. vi 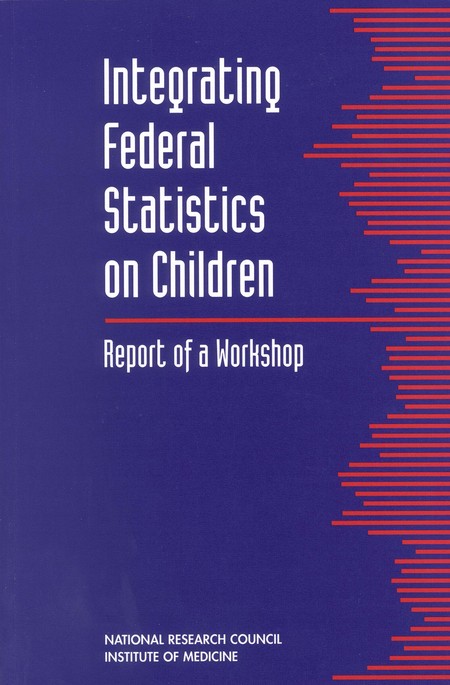 Those who make and implement policies for children and families are seriously hampered by several features of the federal statistical system: categorical fragmentation, sampling strategies that follow adults and families rather than children, and lack of longitudinal data on children. This volume examines the adequacy of federal statistics on children and families. It includes papers on the relevant aspects of health care reform, family and community resources, interpersonal violence, the transition to school, and educational attainment and the transition to work.