Colleges of Agriculture at the Land Grant Universities: A Profile (1995)

Chapter:5 The Evolution of Extension at the Land Grant Colleges of Agriculture

This chapter introduces the third aspect of the colleges' tripartite mission, that of off-campus extension. It describes the funding base for extension, the geographic allocation of extension resources, and the allocation of extension resources among major program emphases. The data, provided by the U.S. Department of Agriculture's Extension Service (now a component of the Cooperative State Research, Education, and Extension Service), is used to compare the types of problems being addressed by extension staff in relation to those of interest to the colleges' research scientists.

Although the role of the federal partnership has been declining, federal funds are increasingly earmarked for specific extension activities.

Sources of Funds (millions of dollars) Allocated to States for Cooperative Extension Work, 1972–1992 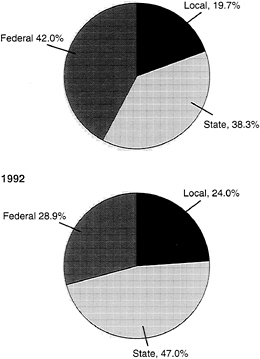 Between 1972 and 1992, federal funding of cooperative extension services decreased from 42 percent to 29 percent of total funding. 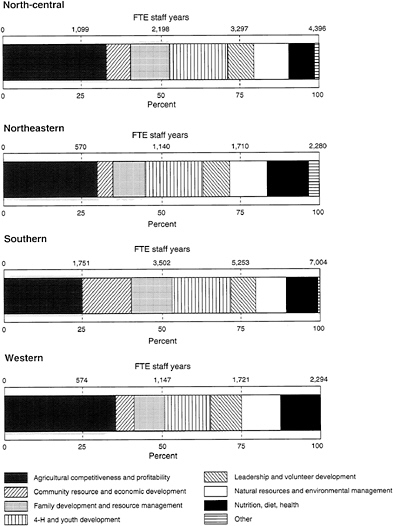 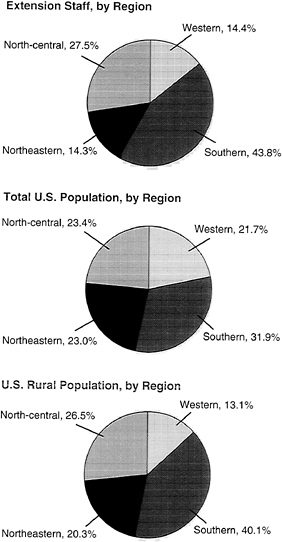 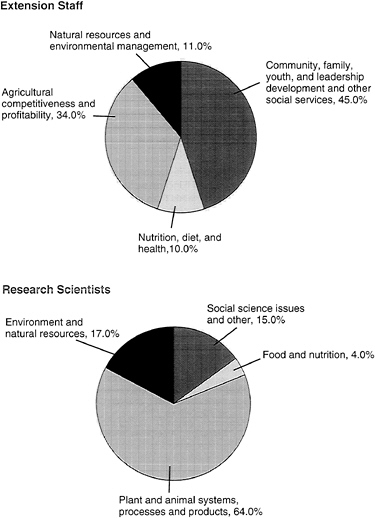 Next: 6 The Shifting Base of Financial Support for Land Grant College Research and Extension »
Colleges of Agriculture at the Land Grant Universities: A Profile Get This Book
× 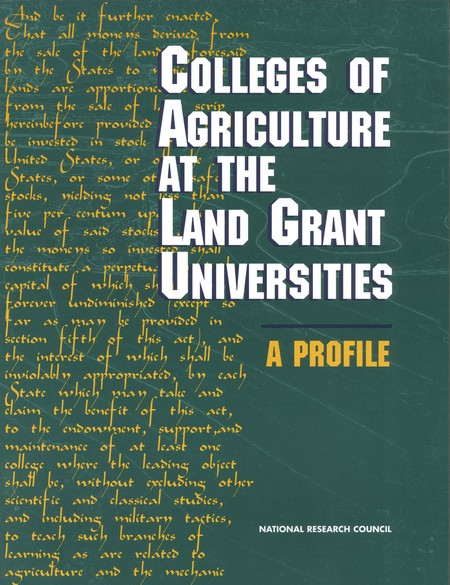 Although few Americans work as farmers these days, agriculture on the whole remains economically important—playing a key role in such contemporary issues as consumer health and nutrition, worker safety and animal welfare, and environmental protection. This publication provides a comprehensive picture of the primary education system for the nation's agriculture industry: the land grant colleges of agriculture.

Colleges of Agriculture at the Land Grant Universities informs the public debate about the challenges that will shape the future of these colleges and serves as a foundation for a second volume, which will present recommendations for policy and institutional changes in the land grant system.

This book reviews the legislative history of the land grant system from its establishment in 1862 to the 1994 act conferring land grant status on Native American colleges. It describes trends that have shaped agriculture and agricultural education over the decades—the shift of labor from farm to factory, reasons for and effects of increased productivity and specialization, the rise of the corporate farm, and more.

The committee reviews the system's three-part mission—education, research, and extension service—and through this perspective documents the changing nature of funding and examines the unique structure of the U.S. agricultural research and education system. Demographic data on faculties, students, extension staff, commodity and funding clusters, and geographic specializations profile the system and identify similarities and differences among the colleges of agriculture, trends in funding, and a host of other issues.

The tables in the appendix provide further itemization about general population distribution, student and educator demographics, types of degree programs, and funding allocations. Concise commentary and informative graphics augment the detailed statistical presentations. This book will be important to policymakers, administrators, educators, researchers, and students of agriculture.