Guide for the Care and Use of Laboratory Animals (1996)

Chapter:Appendix C: Some Federal Laws Relevant to Animal Care and Use

Get This Book
Visit NAP.edu/10766 to get more information about this book, to buy it in print, or to download it as a free PDF.
« Previous: Appendix B: Selected Organizations Related to Laboratory Animal Science
Page 114 Share Cite
Suggested Citation:"Appendix C: Some Federal Laws Relevant to Animal Care and Use." National Research Council. 1996. Guide for the Care and Use of Laboratory Animals. Washington, DC: The National Academies Press. doi: 10.17226/5140.
×

APPENDIX C:
Some Federal Laws Relevant to Animal Care and Use

tion Act of 1969 (P.L. 91-135; 83 Statute 275). The new law seeks ''to provide a means whereby the ecosystems upon which endangered species and threatened species depend may be conserved, to provide a program for the conservation of such endangered species and threatened species, and to take such steps as may be appropriate to achieve the purposes of the treaties and conservation of wild flora and fauna worldwide." 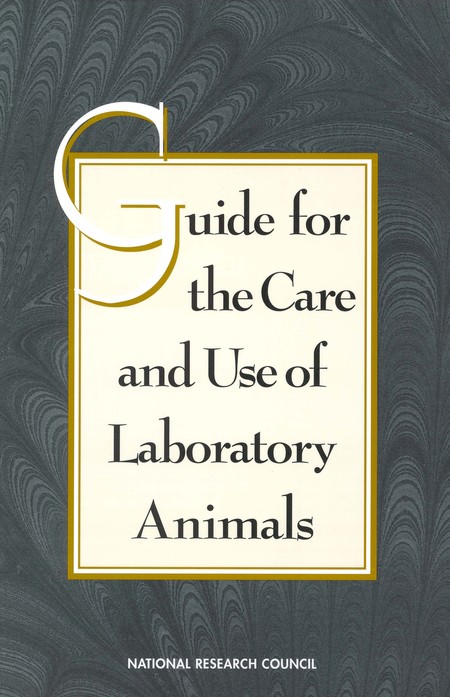 A respected resource for decades, the Guide for the Care and Use of Laboratory Animals has been revised by a committee of experts, based on input from scientists and the public. The Guide incorporates recent research on commonly used species, including farm animals, and includes extensive references. It is organized around major components of animal use:

The Guide for the Care and Use of Laboratory Animals provides a framework for the judgments required in the management of animal facilities—a resource of proven value, now updated and expanded. This revision will be important to researchers, animal care technicians, facilities managers, administrators at research institutions, policymakers involved in research issues, and animal welfare advocates.