Silicon, the most abundant solid element in the Earth's lithosphere, is a material useful for spacecraft construction. It is used already as the structural material for microelectromechanical systems (MEMS) because of its high strength (Petersen, 1982), and should be considered for use in spacecraft structures as well. Single crystal silicon, which costs roughly $185 per kg, is stronger than aluminum, stainless steel, or titanium but is less dense. Materials with intrinsically high strength-to-density ratios are particularly valuable for spacecraft owing to launch costs of approximately $10,000 per kg to low Earth orbit (LEO) and approximately $50,000 per kg to geosynchronous Earth orbit (GEO). Single crystal silicon also is a common semiconductor substrate having a thermal conductivity about half that of aluminum, and it is transparent to much of the infrared radiation spectrum. These unique properties, along with its high strength-to-weight ratio, enable silicon to become most of the mass of a satellite; it can function simultaneously as structure, heat transfer system, radiation shield, optic, and semiconductor substrate. The benefits of this approach are as follows:

Semiconductor batch-fabrication techniques enable us to produce low-power digital circuits, low-power analog circuits, silicon-based radio frequency circuits, and MEMS, such as thrusters and acceleration sensors, on silicon substrates. By exploiting these fabrication techniques, as well as by developing laser-based techniques, we will be able to mass produce highly integrated satellites for a number of applications. These silicon satellites are an assembly of thick single-crystal silicon wafers that are monolithic elements (i.e., wafer-scale integrated systems) or ''circuit boards" that function as multichip modules (MCMs). The MCM approach is better for near-term, low-volume applications, whereas wafer-scale integration is better for longer-term, high-volume (thousands of units per production run) applications. Silicon satellites can range in mass from picosatellites (1 mg to 1 g mass), through nanosatellites (1 gm to 1 kg mass), to highly capable microsatellites (1 kg to 100 kg mass) that perform various missions with lifetimes ranging from a few days to longer than a decade.

Most spacecraft systems and subsystems can be manufactured on silicon substrates. The Command and Data Handling (C&DH) system, the "brain" of any satellite, is composed already of standard silicon-based digital electronics. The challenge now for silicon satellite design is to provide on-orbit radiation tolerance for silicon shielding thicknesses from 1 mm through 1 cm. This can be achieved by limiting orbit altitudes and inclinations, modifying transistor cell layouts (i.e., edgeless transistors), or incorporating radiation-hard process technologies, such as silicon-on-sapphire.

Silicon satellites will need radio frequency output power levels of between 1 mW and several watts at frequencies of between 500 MHz and tens of GHz. Today's silicon communications circuit technology, driven by the explosive growth in wireless personal communications systems, can be adapted readily for satellite communications from very high frequency (VHF; approximately 100 MHz at the bottom end) through S-band (up to 2.7 GHz). Higher frequencies will require gallium-arsenide substrates, but recent advances in high-resistivity silicon and silicon-germanium (SiGe) technology may allow all-silicon design for operation of up to 40 GHz.

has demonstrated a 1° per hour drift rate in a micromachined gyro, which is acceptable for some navigational requirements. Micropropulsion systems are being developed at a number of locations, including the Aerospace Corporation and NASA's Jet Propulsion Laboratory. The main impediment to development of these systems has been the leaky nature of MEMS valves. For very small spacecraft, such as picosatellites, the additional challenges of low-power operation and limited angular resolution for optical sensors must be addressed as well.

Silicon satellites offer a revolution not only in spacecraft design but in space system architecture as well. Batch-fabrication techniques will drive system architects to utilize thousands of identical spacecraft or spacecraft systems and to consider short spacecraft lifetimes with periodic or continual replacements. Dense (greater than 500 satellites) LEO nanosatellite constellations could be used for communications and Earth observation. These communications constellations will offer shorter user-to-satellite ranges than conventional space systems, which will allow low-power communications on both the ground and at the satellite. The Earth observation mission allows complete mapping of planetary cloud cover at 1 km resolution every 3 minutes.

In the future, more advanced silicon microsatellites will be composed of physically interconnected modules with distributed intelligence and payload functions. A phased-array communications microsatellite concept for the post 2015 A.D. era, based on intelligent silicon wafer stacks, will be presented. The major challenges will be to fabricate wafer-scale circuitry with high yield, to bond the wafers together reliably, and to provide reliable interconnections for both in-surface and surface-normal data paths that can survive launch loads (acceleration and shock) and thermal cycling on-orbit.

Mass-produced silicon satellites also can be deployed as free-flying elements in local clusters to form a large distributed satellite. Local cluster configuration can be maintained by using active thrusting or by appropriate choice of individual spacecraft orbital elements. Local clusters with effective diameters of greater than 10 km can be created by using several thousand silicon nanosatellites. Accurate knowledge of local position for each spacecraft, as well as management of data flow across this large network, will be required for distributed satellite operation. Possible applications of this technology include space-based radar and radio interferometry.

Silicon satellites can revolutionize the way spacecraft are designed, constructed, and used. Batch-fabrication techniques of semiconductor devices have fueled the "smaller, faster, and cheaper" paradigm in the electronics industry for over 30 years. It is now time to let the same techniques propel the space industry into the next century. 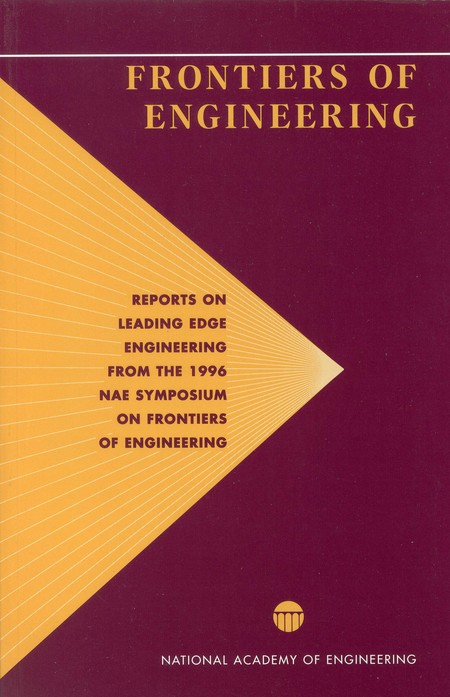