Teaching About Evolution and the Nature of Science (1998)

Get This Book
Visit NAP.edu/10766 to get more information about this book, to buy it in print, or to download it as a free PDF.
Page i Share Cite
Suggested Citation:"Front Matter." National Academy of Sciences. 1998. Teaching About Evolution and the Nature of Science. Washington, DC: The National Academies Press. doi: 10.17226/5787.
×

TEACHING ABOUT EVOLUTION AND THE NATURE OF SCIENCE

The National Academy of Sciences is a private, nonprofit, self-perpetuating society of distinguished scholars engaged in scientific and engineering research, dedicated to the furtherance of science and technology and to their use for the general welfare. Upon the authority of the charter granted to it by the Congress in 1863, the Academy has a mandate that requires it to advise the federal government on scientific and technical matters.

Teaching about evolution and the nature of science/[Working Group on

Copyright 1998 by the National Academy of Sciences. All rights reserved.

The report is also available online at www.nap.edu/readingroom/books/evolution98

STAFF OF THE CENTER FOR SCIENCE, MATHEMATICS, AND ENGINEERING EDUCATION:

Any opinions, findings, conclusions, or recommendations expressed in this publication are those of the authors and do not necessarily reflect the view of the organizations that provided financial support for this project. 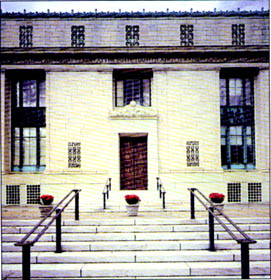 THE NATIONAL ACADEMY OF SCIENCES

The National Academy of Sciences gratefully acknowledges contributions from:

The Esther A. and Joseph Klingenstein Fund, Inc.

The Council of the National Academy of Sciences

The 1997 Annual Fund of the National Academy of Sciences, whose donors include

NAS members and other science-interested individuals.

We also extend special thanks to members of the Council of State Science Supervisors and teachers who participated in focus groups and provided guidance on the development of this document. 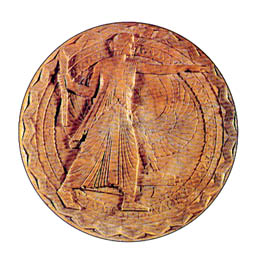 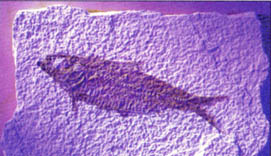 In a 1786 letter to a friend, Thomas Jefferson called for "the diffusion of knowledge among the people. No other sure foundation can be devised for the preservation of freedom and happiness."1 Jefferson saw clearly what has become increasingly evident since then: the fortunes of a nation rest on the ability of its citizens to understand and use information about the world around them.

We are about to enter a century in which the United States will be even more dependent on science and technology than it has been in the past. Such a future demands a citizenry able to use many of the same skills that scientists use in their work—close observation, careful reasoning, and creative thinking based on what is known about the world.

The ability to use scientific knowledge and ways of thinking depends to a considerable extent on the education that people receive from kindergarten through high school. Yet the teaching of science in the nation's public schools often is marred by a serious omission. Many students receive little or no exposure to the most important concept in modern biology, a concept essential to understanding key aspects of living things—biological evolution. People and groups opposed to the teaching of evolution in the public schools have pressed teachers and administrators to present ideas that conflict with evolution or to teach evolution as a "theory, not a fact." They have persuaded some textbook publishers to downplay or eliminate treatments of evolution and have championed legislation and policies at the state and local levels meant to discourage the teaching of evolution.

These pressures have contributed to widespread misconceptions about the state of biological understanding and about what is and is not science. Fewer than one-half of American adults believe that humans evolved from earlier species.2 More than one half of Americans say that they would like to have creationism taught in public school classrooms3 —even though the Supreme Court has ruled that "creation science" is a religious idea and that its teaching cannot be mandated in the public schools.4

The widespread misunderstandings about evolution and the conviction that creationism should be taught in science classes are of great concern to the National Academy of Sciences, a private nonpartisan group of 1,800 scientists dedicated to the use of science and technology for the general welfare. The Academy and its affiliated institutions—the National Academy of Engineering, the Institute of Medicine, and the National Research Council—have all sought to counter misinformation about evolution because of the enormous body of data supporting evolution and because of the importance of evolution as a central concept in understanding our planet.

The document that you are about to read is addressed to several groups at the center of the ongoing debate over evolution: the teachers, other educators, and policy makers who design, deliver, and oversee classroom instruction in biology. It summarizes the overwhelming observational evidence for evolution and suggests effective ways of teaching the subject. It explains the nature of science and describes how science differs from other human endeavors. It provides answers to frequently asked questions about evolution and the nature of science and offers guidance on how to analyze and select teaching materials.

This publication does not attempt specifically to refute the ideas proffered by those who oppose the teaching of evolution in public schools. A related document, Science and Creationism: A View from the National Academy of Sciences, discusses evolution and "creation science" in detail.5 This publication instead provides information and resources that teachers and administrators can use to inform themselves, their students, parents, and others about evolution and the role of science in human affairs.

One source of resistance to the teaching of evolution is the belief that evolution conflicts with religious principles. But accepting evolution as an accurate description of the history of life on earth does not mean rejecting religion. On the contrary, most religious communities do not hold that the concept of evolution is at odds with their descriptions of creation and human origins.

Nevertheless, religious faith and scientific knowledge, which are both useful and important,

are different. This publication is designed to help ensure that students receive an education in the sciences that reflects this distinction.

The book is divided into seven chapters and five appendices, plus three interspersed "dialogues" in which several fictional teachers discuss the implications of the ideas discussed in the book.

Teaching About Evolution and the Nature of Science was produced by the Working Group on Teaching Evolution under the Council of the National Academy of Sciences. The Working Group consists of 13 scientists and educators who have been extensively involved in research and education on evolution and related scientific subjects. The group worked closely with teachers, school administrators, state officials, and others in preparing this publication, soliciting suggestions for what would be most useful, and responding to comments on draft materials. We welcome additional input and guidance from readers that we can incorporate into future versions of this publication. Please visit our World Wide Web site at www4.nas.edu/opus/evolve.nsf for additional information. 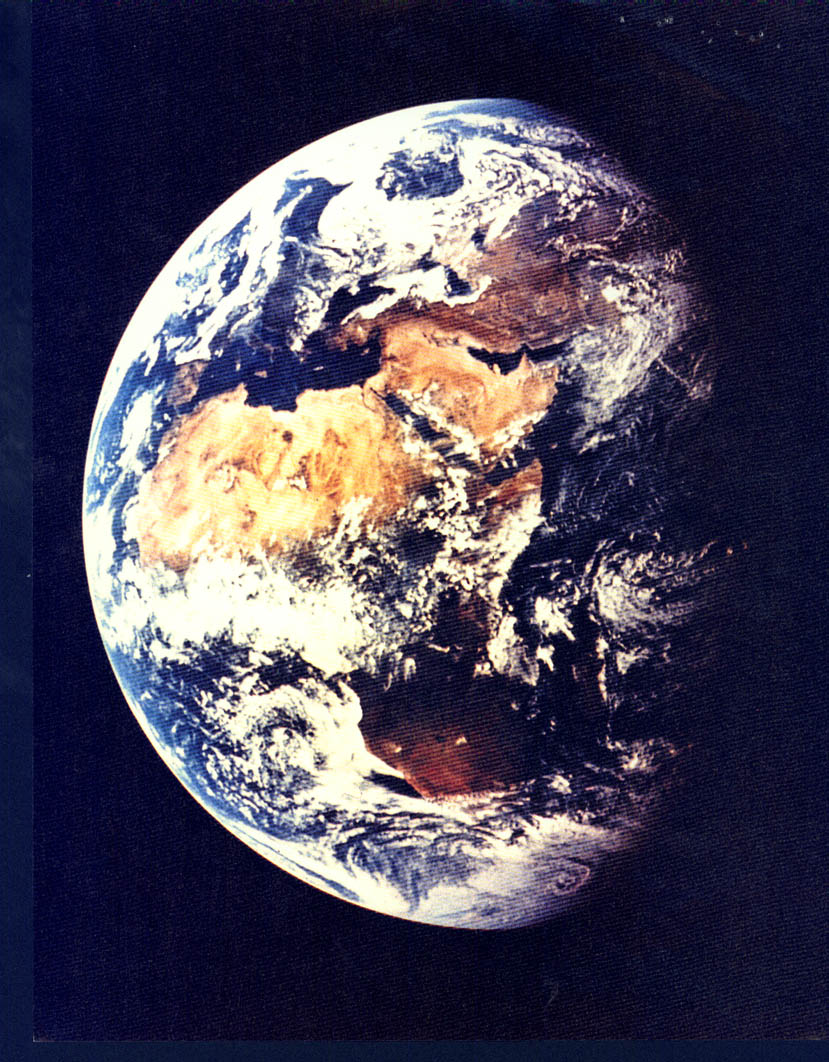 Next: Chapter 1: Why Teach Evolution? »
Teaching About Evolution and the Nature of Science Get This Book
× 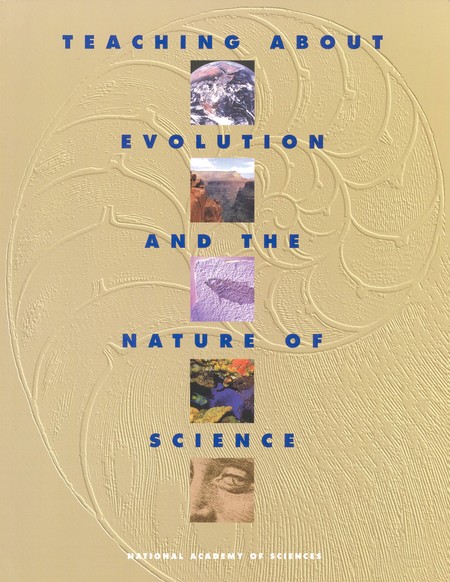 Today many school students are shielded from one of the most important concepts in modern science: evolution. In engaging and conversational style, Teaching About Evolution and the Nature of Science provides a well-structured framework for understanding and teaching evolution.

Written for teachers, parents, and community officials as well as scientists and educators, this book describes how evolution reveals both the great diversity and similarity among the Earth's organisms; it explores how scientists approach the question of evolution; and it illustrates the nature of science as a way of knowing about the natural world. In addition, the book provides answers to frequently asked questions to help readers understand many of the issues and misconceptions about evolution.

The book includes sample activities for teaching about evolution and the nature of science. For example, the book includes activities that investigate fossil footprints and population growth that teachers of science can use to introduce principles of evolution. Background information, materials, and step-by-step presentations are provided for each activity. In addition, this volume:

Teaching About Evolution and the Nature of Science builds on the 1996 National Science Education Standards released by the National Research Council—and offers detailed guidance on how to evaluate and choose instructional materials that support the standards.

Comprehensive and practical, this book brings one of today's educational challenges into focus in a balanced and reasoned discussion. It will be of special interest to teachers of science, school administrators, and interested members of the community.