Science and Creationism: A View from the National Academy of Sciences, Second Edition (1999)

Science is a particular way of knowing about the world. In science, explanations are limited to those based on observations and experiments that can be substantiated by other scientists. Explanations that cannot be based on empirical evidence are not a part of science.

In the quest for understanding, science involves a great deal of careful observation that eventually produces an elaborate written description of the natural world. Scientists communicate their findings and conclusions to other scientists through publications, talks at conferences, hallway conversations, and many other means. Other scientists then test those ideas and build on preexisting work. In this way, the accuracy and sophistication of descriptions of the natural world tend to increase with time, as subsequent generations of scientists correct and extend the work done by their predecessors.

Progress in science consists of the development of better explanations for the causes of natural phenomena. Scientists never can be sure that a given explanation is complete and final. Some of the hypotheses advanced by scientists turn out to be incorrect when tested by further observations or experiments. Yet many scientific explanations have been so thoroughly tested and confirmed that they are held with great confidence.

The theory of evolution is one of these well-established explanations. An enormous amount of scientific investigation since the mid-19th century has converted early ideas about evolution proposed by Darwin and others into a strong and well-supported theory. Today, evolution is an extremely active field of research, with an abundance of new discoveries that are continually increasing our understanding of how evolution occurs.

This booklet considers the science that supports the theory of evolution, focusing on three categories of scientific evidence:

At the end of each of these sections, the positions held by advocates of "creation science" are briefly presented and analyzed as well.

The theory of evolution has become the central unifying concept of biology and is a critical component of many related scientific disciplines. In contrast, the claims

of creation science lack empirical support and cannot be meaningfully tested. These observations lead to two fundamental conclusions: the teaching of evolution should be an integral part of science instruction, and creation science is in fact not science and should not be presented as such in science classes.

Fact: In science, an observation that has been repeatedly confirmed and for all practical purposes is accepted as "true." Truth in science, however, is never final, and what is accepted as a fact today may be modified or even discarded tomorrow.

Law: A descriptive generalization about how some aspect of the natural world behaves under stated circumstances.

Theory: In science, a well-substantiated explanation of some aspect of the natural world that can incorporate facts, laws, inferences, and tested hypotheses.

The contention that evolution should be taught as a "theory, not as a fact" confuses the common use of these words with the scientific use. In science, theories do not turn into facts through the accumulation of evidence. Rather, theories are the end points of science. They are understandings that develop from extensive observation, experimentation, and creative reflection. They incorporate a large body of scientific facts, laws, tested hypotheses, and logical inferences. In this sense, evolution is one of the strongest and most useful scientific theories we have.

Next: The Origin of the Universe, Earth, and Life »
Science and Creationism: A View from the National Academy of Sciences, Second Edition Get This Book
× 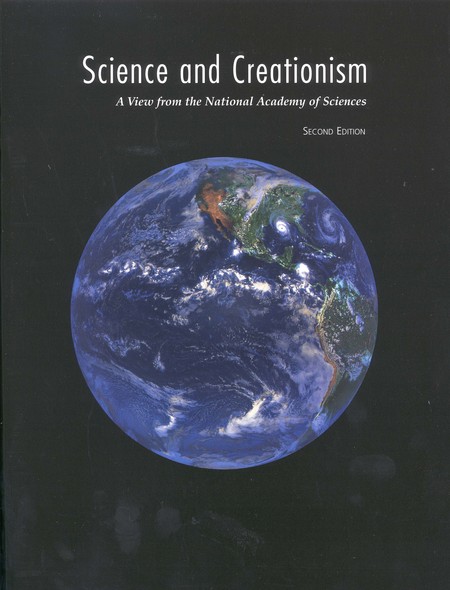 While the mechanisms of evolution are still under investigation, scientists universally accept that the cosmos, our planet, and life evolved and continue to evolve. Yet the teaching of evolution to schoolchildren is still contentious.

In Science and Creationism, The National Academy of Sciences states unequivocally that creationism has no place in any science curriculum at any level.

Briefly and clearly, this booklet explores the nature of science, reviews the evidence for the origin of the universe and earth, and explains the current scientific understanding of biological evolution. This edition includes new insights from astronomy and molecular biology.

Attractive in presentation and authoritative in content, Science and Creationism will be useful to anyone concerned about America's scientific literacy: education policymakers, school boards and administrators, curriculum designers, librarians, teachers, parents, and students.