Get This Book
Visit NAP.edu/10766 to get more information about this book, to buy it in print, or to download it as a free PDF.
« Previous: Marijuana and Neurological Disorders
Page 124 Share Cite
Suggested Citation:"Marijuana and Glaucoma." Institute of Medicine. 2001. Marijuana As Medicine?: The Science Beyond the Controversy. Washington, DC: The National Academies Press. doi: 10.17226/9586.
×

Glaucoma ranks among the most frequently cited reasons for using medical marijuana and is one of the indications for which the federal government once granted permission for compassionate marijuana use (see Chapter 2 and Chapter 11). Research findings from as early as the 1970s show that both marijuana and THC reduce intraocular pressure, a key contributor to glaucoma. The first such reports generated considerable interest because at the time conventional medications for glaucoma caused a variety of adverse side effects. But, as will be described, other treatments for the disorder have since eclipsed marijuana-based medicines. Conventional therapies for intraocular pressure outperform cannabinoids, and the next generation of glaucoma drugs is expected to treat the disease more directly or even reverse its progress.

After cataracts, glaucoma is a leading cause of blindness worldwide, affecting more than 60 million people. Its most common form, primary open-angle glaucoma (POAG), is a slowly progressive disorder that destroys cells in the eye's retina and degrades the optic nerve. These losses constrict the visual field, which eventually disappears, along with the patient's sight.

Researchers have not yet learned what triggers POAG, but they have identified three factors that place individuals at risk for developing the disease: age, race, and elevated intraocular pres- 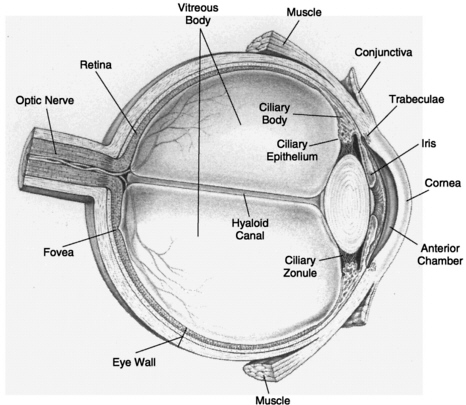 FIGURE 9.1 The anatomy of the human eye. (Drawing by Roberto Osti.)

sure. One percent of people age 60 have POAG, while more than 9 percent of people over 80 develop the disease. For African Americans the figure rises to 10 percent and is up to 25 percent among Caribbean people of African origin (who are less racially mixed than their American counterparts).

tor for glaucoma that can be controlled, most treatments to date have been designed to reduce it. Unfortunately, reducing intraocular pressure does not always stop or even slow the progress of glaucoma toward blindness.

Drugs can alter intraocular pressure by acting on different circulation routes of the aqueous humor (see Table 9.1). One important outflow route is the trabecular meshwork, a latticework of connective tissue and cells. The fluid flows through this tissue, into a little canal, and out of the eye, where it joins the blood-stream. Such drugs as epinephrine or dipevefrin work by chang-

ing the shape of certain cells, resulting in improved flow through the trabecular meshwork. Pilocarpine, another type of drug, contracts the muscle that controls the shape of the trabecular meshwork making it easier for fluid to pass through, whereas timolol, yet another type of drug, interferes with fluid manufacture by the ciliary epithelium. Other drugs, such as apraclonidine and brimonidine, also reduce the amount of fluid produced. Finally, an additional type of drug simulates the production of agents that ease the passage of aqueous humor from the eye.

There are also surgical options for controlling elevated intraocular pressure. The trabecular meshwork can be cut with a laser, allowing the fluid to move out of it more easily. Alternatively, a surgeon can remove a piece of the eye wall and allow fluid to drain out under the conjunctiva. Doctors can also insert tiny drainage tubes, similar to those used for middle-ear problems, inside the eye to allow fluid drainage to the outer layers of the eye. Lastly, laser, heat, or cold can be used to destroy the ciliary epithelium, which secretes the aqueous humor.

Several clinical studies have found that cannabinoids or marijuana reduce intraocular pressure (IOP) as well as do most conventional glaucoma medications.1 This is true whether the cannabinoids are administered orally, intravenously, or by inhalation but not when they are applied directly to the eye. Smoked or eaten marijuana, THC and synthetic cannabinoids in pill form, and intravenous injections of several natural cannabinoids have all been shown to reduce IOP significantly in both glaucoma patients and healthy adults with normal IOP. In most trials a single dose of marijuana or cannabinoid maintained this effect for three to four hours.

Researchers have yet to explain how marijuana and cannabinoids reduce IOP. But while clearly effective in reducing IOP, marijuana-based treatments for glaucoma have numerous drawbacks. Marijuana reduces blood pressure and produces psychological effects that some people —particularly the elderly—find intolerable. Several patients in these studies also reported that their hearts pounded or raced and that they felt uncomfortably anxious after taking cannabinoids. All of these effects could prove especially problematic for people at risk for cardiovascular disease and stroke; moreover, reduced blood pressure could decrease

blood flow to the optic nerve, counteracting the benefits of reducing IOP. Finally, their short duration of effect means that marijuana-based medicines must be taken up to eight times a day, which most patients are unlikely to do; other medicines reduce IOP equally well and need only be taken once or twice a day. This is an important difference because patients need to control IOP continuously due to the progressive nature of glaucoma.

It is possible that future research could reveal a therapeutic effect for isolated cannabinoids other than THC or produce synthetic cannabinoid analogs that last longer and have fewer side effects. But the most promising line of research for treating glaucoma lies in the development of therapies that can protect or rescue the optic nerve from damage or that can restore its blood supply. There is some evidence that a synthetic cannabinoidlike compound known as HU-211 has nerve-protecting properties, although it does not reduce IOP. HU-211 is chemically similar to THC, but it is not found in the marijuana plant and does not bind to the cellular receptor in brain cells that THC activates.

There is no question that marijuana-based medicines can be used to lower IOP. But like several other glaucoma medications that have fallen into disuse, their drawbacks outweigh their benefits. This was not the case when the first reports of marijuana's effects on IOP were published in the 1970s, a time when relatively few drugs —all of which caused troubling side effects—were available to treat the condition. Those drugs have since been superseded by more effective and less problematic medications. That seems the likely fate of marijuana-based treatments for glaucoma as well.

Next: Medical Marijuana in Context »
Marijuana As Medicine?: The Science Beyond the Controversy Get This Book
× 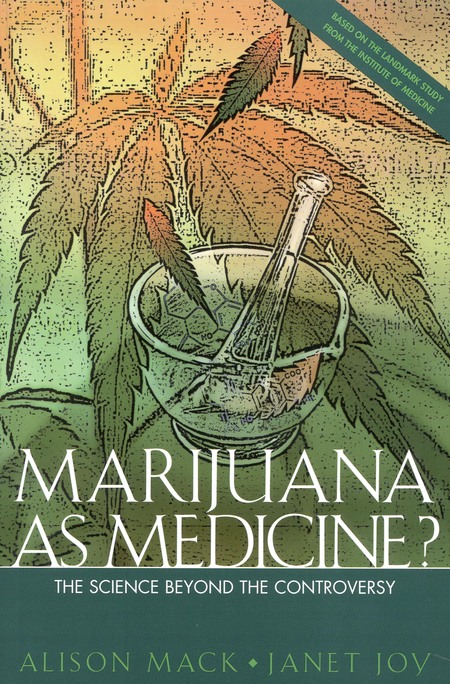