Atmospheric Change and the North American Transportation Sector: Summary of a Trilateral Workshop (1998)

Chapter:Impacts of These Atmospheric Changes

Impacts of These Atmospheric Changes

Ellis Cowling, of North Carolina State University, presented several examples of how local and regional air pollution can have detrimental impacts on ecosystems. While some pollutants, such as ozone, are known to directly damage plant tissue, the effects of other pollutants are less straightforward. Nitrogen and sulfur compounds can be beneficial nutrients for plant life when provided in the right balance; but in the concentrations that often result from anthropogenic activities, these same compounds have toxic effects on ecosystems. Ozone exposure, acidification, and nitrogen deposition have all been shown to harm soils, surface water, and plant life, and in some cases, to decrease the productivity of crops and forests. However, to quantify these impacts, Cowling explained that we need more research and long term observations.

Of course, there are many ways that the transportation sector impacts ecosystem functioning other than through atmospheric changes. For instance, William Schlesinger, from Duke University, pointed out that roads and highways have altered the land surface dramatically, leading to great habitat loss and fragmentation and to dramatic losses in biodiversity.

A foremost concern about air pollution is the effects it has on human health. Bailus Walker, of Howard University, talked about many of these effects. Lately, there has been great interest in (and controversy over) the health impacts of particulate matter. Long term exposure to particulates may have deleterious effects on lung growth, development, and function, particularly in children. Toxicity appears to depend on particle size, with the finer particles causing more problems. Although there is much that needs to be learned about the mechanisms and extent of this problem, it has been shown in many instances that when the ambient level of fine particulates goes up, so do asthma attacks, emergency room visits, and death rates.

Walker mentioned some of the other pollutants that are understood or suspected to have detrimental impacts on human health. For instance, the health problems caused by carbon monoxide and lead are well known. Ozone is an eye irritant and can penetrate deep into the lungs; recent studies indicate that there is no ‘safe' threshold for exposure to ozone. NO2 can potentially be a deep lung irritant, however ambient levels are not high enough to cause real damage. The gasoline additive Methyl Tertiary-Butyl Ether (MTBE) is suspected of causing headaches, dizziness, and other symptoms.

In addition to better quantifying the health impacts of each of these individual species, their additive effects should be considered, as exposure is rarely limited to a single pollutant. Also, because most studies to date have focused on the acute effects of air pollution, very little is known about chronic effects. Walker also noted that ambient air pollution health risks need to be placed in context of the total environment that people are exposed to, including indoor air pollution. In concurrence with this point, Richard Gilbert, from Canada's Centre for Sustainable Transportation, drew attention to evidence that in-vehicle levels of several pollutants can be much higher than nearby outdoor levels.

Dr. Victor Borja, from the Instituto Nacional de Salud Publica, explained that in Mexico it is estimated that six percent of acute health problems are due to air pollution, and that 5500 deaths a year could be related to particulates. He stressed that it is important for Mexican researchers to carry out their own health effect studies, as Mexico has different demographics, lifestyles, and ambient pollutant mixtures from the U.S. or Canada.

Robert Watson, who is now chair of the Intergovernmental Panel on Climate Change (IPCC), discussed the impacts resulting from global scale atmospheric changes, in particular stratospheric ozone depletion and climate change. Stratospheric ozone depletion leads to increased surface UV-B radiation levels, which in turn can harm human health and ecosystems. The human health impacts include an increase in melanomas (mostly for fair skinned people), greater incidence of eye cataracts, and potential suppression of immune systems. Terrestrial and aquatic ecological systems are also affected by UV-B, and more research needs to be done to understand exactly how ecosystem productivity may be harmed.

Assessing the impacts of climate change is difficult due to large uncertainties in the regional scale changes that may occur. On the global scale, however, most climate

models predict 1 to 3.5 degrees C warming over the next 100 years, which is a faster change than has occurred anytime in the last 10,000 years. Sea level rise and greater extremes of precipitation and drought are likely results of this warming. 2

These kinds of climatic changes can have dramatic impacts on ecosystems, altering the distribution of forests, water resources, and animal species, and the productivity of agricultural systems. Such changes, in turn, will have important consequences for human well-being, because we depend on healthy ecosystems for so many essential goods and services, such as food, fiber, medicine, soil protection, water purification, flood control, and nutrient cycling. Climate change also could have direct deleterious impacts on human health, due to increases in vector borne diseases in the tropics and subtropics, and increased episodes of heat stress and urban smog. 3

Watson emphasized that the sensitivity of different systems depends on both the rate and magnitude of the climatic changes. As long as these changes are incremental, it may be possible to adapt; however, unexpected, abrupt climatic jumps are possible and can lead to devastating consequences. The ability of human societies to adapt also depends on the economic resilience of the country affected; the developing nations will likely be most vulnerable. This adds an important ethical dimension to consideration of the climate change issue, because emissions of greenhouse gases are dominantly from the industrialized countries. 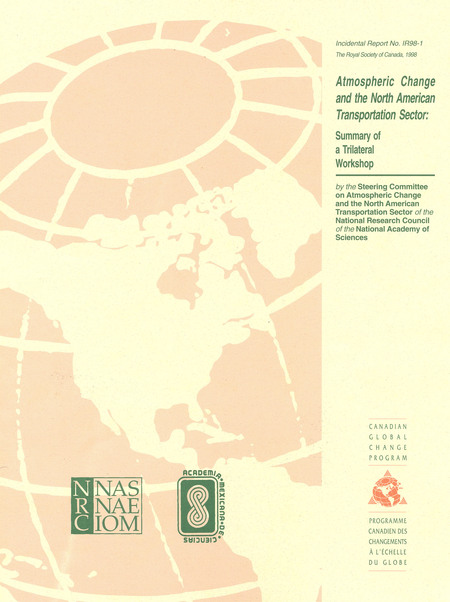