Get This Book
Visit NAP.edu/10766 to get more information about this book, to buy it in print, or to download it as a free PDF.
Page i Share Cite
Suggested Citation:"Front Matter." Institute of Medicine. 2002. Preparing for Terrorism: Tools for Evaluating the Metropolitan Medical Response System Program. Washington, DC: The National Academies Press. doi: 10.17226/10412.
×

Committee on Evaluation of the Metropolitan Medical Response System Program

Support for this project was provided by the Office of Emergency Preparedness, U.S. Department of Health and Human Services (Contract No. 282-99-0045, TO#5). This support does not constitute endorsement of the views expressed in the report.

Institute of Medicine (U.S.). Committee on Evaluation of the Metropolitan Medical Response Program.

For more information about the Institute of Medicine, visit the IOM home page at www.iom.edu.

The serpent has been a symbol of long life, healing, and knowledge among almost all cultures and religions since the beginning of recorded history. The serpent adopted as a logotype by the Institute of Medicine is a relief carving from ancient Greece, now held by the Staatliche Museen in Berlin. 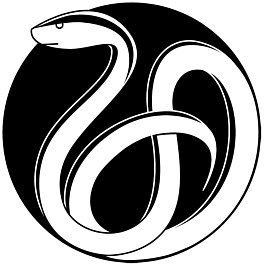 Shaping the Future for Health

COMMITTEE ON EVALUATION OF THE METROPOLITAN MEDICAL RESPONSE SYSTEM PROGRAM

KENNETH I. BERNS, President and CEO,

This report has been reviewed in draft form by individuals chosen for their diverse perspectives and technical expertise, in accordance with procedures approved by the National Research Council’s Report Review Committee. The purpose of this independent review is to provide candid and critical comments that will assist the institution in making its published report as sound as possible and to ensure that the report meets institutional standards for objectivity, evidence, and responsiveness to the study charge. The contents of the review comments and draft manuscript remain confidential to protect the integrity of the deliberative process. We wish to thank the following individuals for their participation in the review of this report:

Although the reviewers listed above have provided many constructive comments and suggestions, they were not asked to endorse the conclusions or recommendations nor did they see the final draft of the report before its release. The review of this report was overseen by LESTER N. WRIGHT, Chief Medical Officer, New York Department of Correctional Services, Albany, New York, appointed by the Institute of Medicine, and ALEXANDER H. FLAX, Consultant, Potomac, Maryland, appointed by the NRC’s Report Review Committee. These individuals were responsible for making certain that an independent examination of this report was carried out in accordance with institutional procedures and that all review comments were carefully considered. Responsibility for the final content of this report rests entirely with the authoring committee and the institution.

This report is dedicated to Ray Downey, Chief of Rescue Operations, Fire Department, City of New York, our friend and colleague on this Institute of Medicine committee, killed in the line of duty while leading rescue efforts at the World Trade Center after the terrorist attack on September 11, 2001. 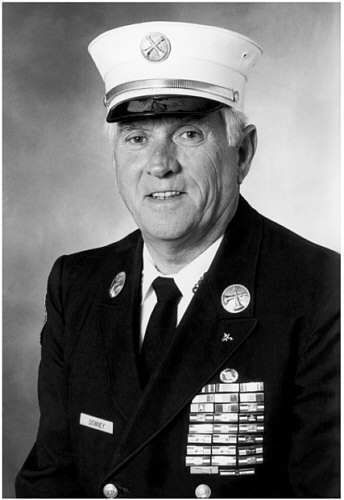 Having a vision, a mission, and a passion are invariably seen as conditions for success. The 1995 U.S. Department of Health and Human Services (DHHS) concept of a Metropolitan Medical Response System (MMRS) demonstrated that the leaders of DHHS had a vision for an effective response to a mass-casualty terrorism incident with a weapon of mass destruction. The mission was to expand the experimental model of the Metropolitan Medical Strike Team (MMST) established in Washington, D.C., and neighboring counties into a national program.

The problem that the Office of Emergency Preparedness (OEP) of DHHS faced was the dilemma of knowing what preparedness is and determining whether preparedness could be recognized if it was achieved. Under these circumstances, OEP requested that the Institute of Medicine determine how effective this MMRS program effort is and how valuable it could become.

A typically diverse Institute of Medicine working group consisting of leaders, strategists, practitioners, and analysts of societal needs in terms of readiness for disasters and terrorism with weapons of mass destruction was established in the autumn of 2000. Over the following 18 months we constructed a diversified analytic program that emphasizes continuous quality improvement to enhance relationships, understanding, and services, and improve equipment and personnel in the pursuit of preparedness. Our approach is based on the belief that all services are valuable, that they must be integrated, and that shared leadership with democratic, open management approaches will effectively be able to use each metro-

politan region’s assets. We have suggested that document and data analysis, site visits by a team of expert peer reviewers, and observations of exercises and drills be used to analyze a region’s accomplishments.

Some committee members’ theoretical approaches to the requirements of this project as well as the limited cooperative spirit seen in some MMRS program efforts were initial concerns for the committee. These limitations to the committee’s potential were dramatically altered by the September 2001 assault that toppled the World Trade Center and paralyzed the U.S. aviation system and by the mailing of anthrax-laden letters in October 2001 that almost toppled the U.S. public health and postal systems. The events led to the tragic death of a fellow committee member, Ray Downey, Chief of Rescue Operations, Fire Department, City of New York, and thousands of other Americans. These terrorist acts led to a disruption of the equanimity not just of New York City but of our entire country. Our committee, recognizing the timeliness and exceptional importance of our task, responded with the necessary passion to complete the tasks of this analytic process.

We believe that this product will allow OEP, state and federal governments, and all who create preparedness teams to offer a more informed, qualified, and integrated approach to preparedness and public health. This report will be an essential tool in analyses of the depth and breadth of governmental performance and interagency collaboration. This effort—and in particular, U.S. society’s recognition of the importance of our goals—will allow us to save lives and property in future biological, chemical, and radiological terrorist events. The vision was of vital importance. We hope that our passion has allowed us to accomplish the mission and that OEP will have the tools that it needs to determine if we in America are ready to protect ourselves from unknown potential assaults and will remain so for the future.

Centers for Disease Control and Prevention

Office of Management and Budget

Next: Executive Summary »
Preparing for Terrorism: Tools for Evaluating the Metropolitan Medical Response System Program Get This Book
× 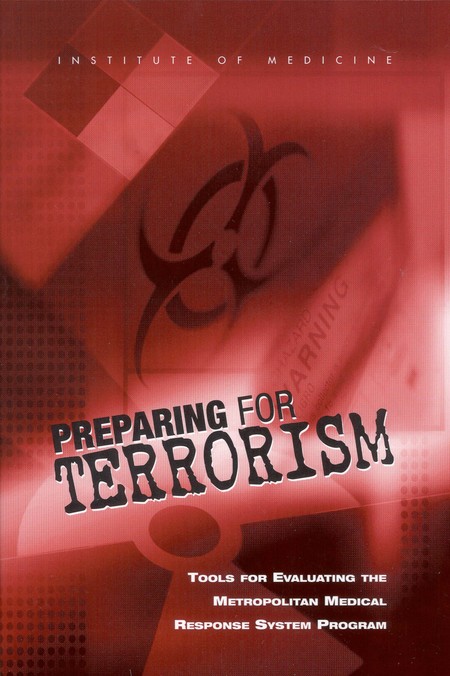 The Metropolitan Medical Response System (MMRS) program of the U. S. Department of Health and Human Services (DHHS) provides funds to major U. S. cities to help them develop plans for coping with the health and medical consequences of a terrorist attack with chemical, biological, or radiological (CBR) agents. DHHS asked the Institute of Medicine (IOM) to assist in assessing the effectiveness of the MMRS program by developing appropriate evaluation methods, tools, and processes to assess both its own management of the program and local preparedness in the cities that have participated in the program. This book provides the managers of the MMRS program and others concerned about local capabilities to cope with CBR terrorism with three evaluation tools and a three-part assessment method. The tools are a questionnaire survey eliciting feedback about the management of the MMRS program, a table of preparedness indicators for 23 essential response capabilities, and a set of three scenarios and related questions for group discussion. The assessment method described integrates document inspection, a site visit by a team of expert peer reviewers, and observations at community exercises and drills.