Get This Book
Visit NAP.edu/10766 to get more information about this book, to buy it in print, or to download it as a free PDF.
Page i Share Cite
Suggested Citation:"Front Matter." National Academy of Sciences. 2005. The Role of Science in Solving the Earth's Emerging Water Problems. Washington, DC: The National Academies Press. doi: 10.17226/11452.
× 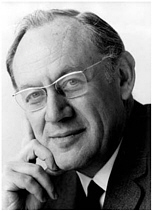 Born in Brooklyn, New York, Arthur M. Sackler was educated in the arts, sciences, and humanities at New York University. These interests remained the focus of his life, as he became widely known as a scientist, art collector, and philanthropist, endowing institutions of learning and culture throughout the world.

He felt that his fundamental role was as a doctor, a vocation he decided upon at the age of four. After completing his internship and service as house physician at Lincoln Hospital in New York City, he became a resident in psychiatry at Creedmoor State Hospital. There, in the 1940s, he started research that resulted in more than 150 papers in neuroendocrinology, psychiatry, and experimental medicine. He considered his scientific research in the metabolic basis of schizophrenia his most significant contribution to science and served as editor of the Journal of Clinical and Experimental Psychobiology from 1950 to 1962. In 1960 he started publication of Medical Tribune, a weekly medical newspaper that reached over one million readers in 20 countries. He established the Laboratories for Therapeutic Research in 1938, a facility in New York for basic research that he directed until 1983.

His pre-eminence in the art world is already legendary. According to his wife Jillian, one of his favorite relaxations was to visit museums and art galleries and pick out great pieces others had overlooked. His interest in art is reflected in his philanthropy; he endowed galleries at the Metropolitan Museum of Art and Princeton University, a museum at Harvard University, and the Arthur M. Sackler Gallery of Asian Art in Washington, DC. True to his oft-stated determination to create bridges between peoples, he offered to build a teaching museum in China, which Jillian made possible after his death, and in 1993 opened the Arthur M. Sackler Museum of Art and Archaeology at Peking University in Beijing.

In a world that often sees science and art as two separate cultures, Arthur Sackler saw them as inextricably related. In a speech given at the State University of New York at Stony Brook, Some reflections on the arts, sciences and humanities, a year before his death, he observed: “Communication is, for me, the primum movens of all culture. In the arts…I find the emotional component most moving. In science, it is the intellectual content. Both are deeply interlinked in the humanities.” The Arthur M. Sackler Colloquia at the National Academy of Sciences pay tribute to this faith in communication as the prime mover of knowledge and culture.

Dillon Reservoir, Colorado, during the severe drought of 2002. Photo provided by Claire McGrath, Center for Limnology, University of Colorado.

Next: Program »
The Role of Science in Solving the Earth's Emerging Water Problems Get This Book
× 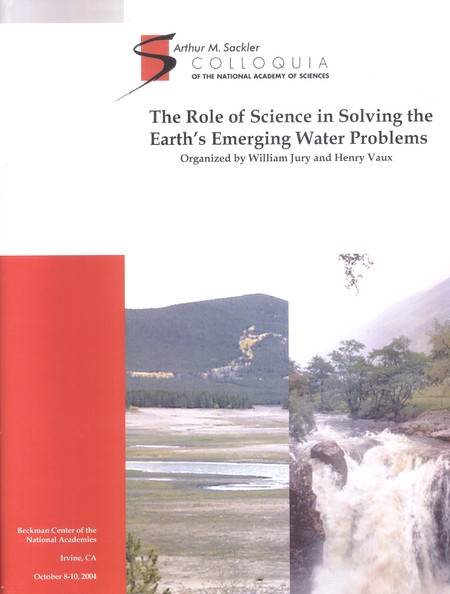 Earth is about 70% water, the human body is about 53% water, plants use water's unique properties to transport food, and aquatic organisms can survive during the winter due to water's thermal properties. However, as life continues to evolve on Earth, new problems with water emerge. The Sackler NAS Colloquium The Role of Science in Solving the Earth Emerging Water Problems provides a look into these problems ranging from water's agricultural use and importance in society to its scarcity and use in technology.

(Sackler NAS Colloquium) The Role of Science in Solving the Earth Emerging Water Problems includes the colloquium, held October 8-14, 2004, program and abstracts of its presentations and posters. Also available in this book is the participant roster.