Get This Book
Visit NAP.edu/10766 to get more information about this book, to buy it in print, or to download it as a free PDF.
« Previous: Appendix A: Relevant Intellectual Property Rights Law
Page 160 Share Cite
Suggested Citation:"Appendix B: National Vaccine Injury Compensation Program." Institute of Medicine. 1993. The Children's Vaccine Initiative: Achieving the Vision. Washington, DC: The National Academies Press. doi: 10.17226/2224.
×

The National Vaccine Injury Compensation Program (NVICP) is the first-ever U.S. "no-fault" compensation system for patients (or their families) who suffer serious adverse reactions from required childhood vaccines. By removing most of the liability burden from manufacturers for immunization-related injuries, the program was expected to help stabilize the supply and price of vaccines (Mariner, 1991). The NVICP was established as part of the 1986 National Childhood Vaccine Injury Act (Public Health Service Act, 1987; 100 Stat. 3756, codified as Title XXI of the Public Health Service Act at 42 USC 300aa-1 et seq. (Supp. V 1987)), but it did not become operational until the fall of 1988.

The NVICP is the result of nearly two decades of controversy over whether and how adverse reactions to childhood vaccines should be addressed. Before the program became law, the sole recourse for parents who felt that their children had been harmed by a vaccine was to sue the vaccine manufacturer-an expensive and time-consuming process (Mariner, 1991).

In 1982, news stories began to describe the plight of children with adverse reactions to vaccines (Mazzuca, 1992; WRC-TV, 1982). Vaccine

manufacturers were confronted by claims for disabilities believed to be caused by immunization. Some feared damage awards of several million dollar cases, as there were no reliable guidelines for predicting the limits and the magnitude of liability litigation. Some companies saw the threat of huge settlements as an unreasonable risk, particularly given the development costs and relatively low profit margin associated with vaccines. A fair number of companies simply dropped out of the vaccine manufacturing business altogether, many citing liability (U.S. Congress, House, 1986). Those companies that remained in the market began to raise their prices significantly, in part to cover anticipated liability expenses (Institute of Medicine, 1985).

In the early to mid-1980s, several committees, including the Institute of Medicine Committee on Vaccine Supply and Innovation (Institute of Medicine, 1985), endorsed the creation of a no-fault compensation system. In 1984, the American Academy of Pediatrics took the initiative in seeking federal legislation to create a national compensation program. Several bills were introduced by members of Congress and were debated in congressional hearings, and in 1986, the National Vaccine Injury Compensation Program was enacted under the sponsorship of Representative Henry Waxman and Senator Orrin Hatch.

FILING A CLAIM UNDER NVICP

In the first step in the claims process, the petitioner files a petition with the U.S. Claims Court to demonstrate eligibility. A randomly assigned special master then reviews the petition, elicits a recommendation from the NVICP Office in the Department of Health and Human Services, and makes a determination regarding eligibility (all special masters are lawyers, almost always with no prior experience in vaccines). The Secretary of the Department of Health and Human Services is the respondent in the proceedings and may contest the petitioner's claim. If the petitioner is eligible for the program, the special master then decides the amount of compensation. Neither vaccine manufacturers nor healthcare providers are part of this process, and there are no determinations of legal fault. Once accepted into the program, petitioners are prohibited from bringing civil action for damages until after a decision is made.

the claimed injury. Funds for awards to prospective petitioners are taken from the compensation trust fund supported by an excise tax on vaccines. (As of January 1, 1993, this tax had not been reauthorized by the Congress.)

If appropriations are insufficient to permit payment of any award, the petitioner is exempt from the prohibition against bringing a civil lawsuit. There is also a cap of 3,500 on the number of retrospective petitioners who may be compensated under the program. A total of 4,069 pre-1988 claims were filed, but only 1,290 of these had been adjudicated by February 1993. A total of 641 claimants had been awarded a total of $297.2 million. The number of post-1988 vaccine injury cases in the system has continued to increase, from only I in 1989, to 31 in 1990, 119 in 1991, and 191 in 1992. As of February 1993, 64 post-1988 claimants had been awarded a total of $26.5 million. Of the 1,405 retrospective and prospective claims that had been adjudicated by February 1993, the majority were dismissed (790 claims), and 156 were deemed not compensable (National Vaccine Injury Compensation Program, 1993).

Compensation amounts are calculated by taking into account nonreimbursable medical and related expenses, lost earnings, and pain and suffering. In cases of death, a fixed sum of $250,000 is awarded. The average award for a pre-1988 case is $1 million (National Vaccine Injury and Compensation Program, 1993). Since the program is an alternative, rather than an exclusive, source of compensation, each petitioner has the option to reject the decision made on the petition. However, petitioners in prospective cases are not allowed to begin a lawsuit until they have filed a claim with the program, received a final judgment, and rejected it in favor of litigation (retrospective petitioners had the option of staying with their lawsuit or dropping it in order to file a claim with the program).

Petitioners have two levels of appeal if they are not satisfied with the special master's decision. They can request that the U.S. Claims Court review the decision; if, after this is done, the petitioner is still not satisfied, he/she may appeal to the U.S. Court of Appeals.

For the NVICP to serve as an effective option to litigation, the compensation process must work quickly. In order to expedite matters, the program does not involve itself with causation, one of the most costly and time-consuming components of a tort action for personal injury. Things have not moved nearly as rapidly as was hoped, however. For retrospective cases filed after December 1989, decisions were to have been made within 240 days; because of heavy case loads, Congress extended this "suspension time" to 780 days. For post-1988 cases, the processing time is approximately

Causation is presumed for conditions listed in the program's Vaccine Injury Table. The table lists illnesses, disabilities, injuries, and conditions covered by the program. If the conditions of the petitioner are not included in the table, they must then prove causation by a covered vaccine. Although the overall utility of the table has been widely accepted, there are several problems with it. For example, there have been a number of disputes over some listed conditions, as well as difficulties in defining "acceptable evidence" for the conditions. By the end of March 1990, the Division of Vaccine Injury Compensation of the U.S. Department of Health and Human Services had recommended against compensating 74 percent of 57 petitions on the grounds that the injury did not fit the table. However, the court awarded compensation for 90 percent of those 57 petitions, rejecting most of the division's recommendations (Mariner, 1992). The Department of Health and Human Services is developing proposed regulations to amend the table, based in part on the 1991 Institute of Medicine report entitiled Adverse Effects of Pertussis and Rubella Vaccines.

Mariner WK. 1991. Innovation and Challenge: The First Year of the National Vaccine Injury Compensation Program. Prepared for the Administrative Conference of the United States. May. Washington, D.C.

U.S. Congress, House. 1986. Childhood Immunizations. A report prepared by the Subcommittee on Health and the Environment, Committee on Energy and Commerce. September. Washington, D.C.

Next: Appendix C: Regulatory Aspects of Vaccine Development, Manufacture, and Distribution »
The Children's Vaccine Initiative: Achieving the Vision Get This Book
× 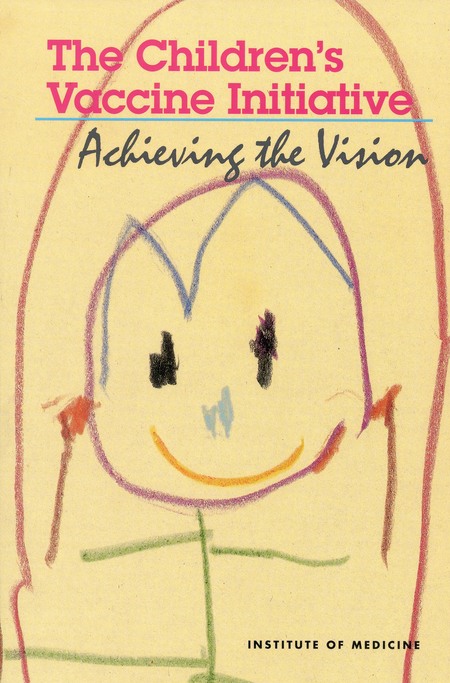