Get This Book
Visit NAP.edu/10766 to get more information about this book, to buy it in print, or to download it as a free PDF.
« Previous: Front Matter
Page 1 Share Cite
Suggested Citation:"Executive Summary." National Academies of Sciences, Engineering, and Medicine. 2016. Genetically Engineered Crops: Experiences and Prospects. Washington, DC: The National Academies Press. doi: 10.17226/23395.
×

Since the 1980s, biologists have used genetic engineering of crop plants to express novel traits. For various reasons, only two traits—insect resistance and herbicide resistance—had been genetically engineered into a few crop species and were in widespread use in 2015. Many claims of positive and negative effects of existing genetically engineered (GE) crops have been made. A main task of the Committee on Genetically Engineered Crops: Past Experience and Future Prospects was to examine the evidence related to those claims. The committee was also asked to assess emerging genetic-engineering technologies, how they might contribute to crop improvement, and what technical and regulatory challenges they may present. The committee delved into the relevant literature, heard from 80 diverse speakers, and read more than 700 comments from members of the public to broaden its understanding of issues surrounding GE crops. It concluded that sweeping statements about GE crops are problematic because issues related to them are multidimensional.

The available evidence indicates that GE soybean, cotton, and maize have generally had favorable economic outcomes for producers who have adopted these crops, but outcomes have been heterogeneous depending on pest abundance, farming practices, and agricultural infrastructure. The crops with the insect-resistant trait—based on genes from a bacterium (Bacillus thuringiensis, or Bt)—generally decreased yield losses and the use of insecticides on small and large farms in comparison with non-Bt varieties. In some cases, widespread planting of those crops decreased the abundance of specific pests in the landscape and thereby contributed to reduced damage even to crops that did not have the Bt trait, and plant-

ing Bt crops has tended to result in higher insect biodiversity on farms than planting similar varieties without the Bt trait that were treated with synthetic insecticides. However, in locations where resistance-management strategies were not followed, damaging levels of resistance evolved in some target insects. Herbicide-resistant (HR) crops sprayed with the herbicide glyphosate often had small increases in yield in comparison with non-HR counterparts. Farm-level surveys did not find lower plant diversity in fields with HR crops than in those planted with non-GE counterparts. In areas where planting of HR crops led to heavy reliance on glyphosate, some weeds evolved resistance and present a major agronomic problem. Sustainable use of Bt and HR crops will require use of integrated pest-management strategies.

There have been claims that GE crops have had adverse effects on human health. Many reviews have indicated that foods from GE crops are as safe as foods from non-GE crops, but the committee re-examined the original studies of this subject. The design and analysis of many animal-feeding studies were not optimal, but the large number of experimental studies provided reasonable evidence that animals were not harmed by eating food derived from GE crops. Additionally, long-term data on livestock health before and after the introduction of GE crops showed no adverse effects associated with GE crops. The committee also examined epidemiological data on incidence of cancers and other human-health problems over time and found no substantiated evidence that foods from GE crops were less safe than foods from non-GE crops.

The social and economic effects of GE crops depend on the fit of the GE trait and the plant variety to the farm environment and the quality and cost of the GE seeds. GE crops have benefited many farmers on all scales, but genetic engineering alone cannot address the wide variety of complex challenges that face farmers, especially smallholders. Given the complexities of agriculture and the need for cohesive planning and execution, public and private support is essential if societal benefits are to be maximized over a long period and in different areas.

Molecular biology has advanced substantially since the introduction of GE crops two decades ago. Emerging technologies enable more precise and diverse changes in crop plants. Resistance traits aimed at a broader array of insect pests and diseases in more crops are likely. Research to increase potential yields and nutrient-use efficiencies is under way, but it is too early to predict its success. The committee recommends a strategic public investment in emerging genetic-engineering technologies and other approaches to address food security and other challenges.

-Omics technologies enable an examination of a plant’s DNA sequence, gene expression, and molecular composition. They require further refinements but are expected to improve efficiency of non-GE and GE crop

development and could be used to analyze new crop varieties to test for unintended changes caused by genetic engineering or conventional breeding.

National regulatory processes for GE crops vary greatly because they mirror the broader social, political, legal, and cultural differences among countries. Those differences are likely to continue and to cause trade problems. Emerging technologies have blurred the distinction between genetic engineering and conventional plant breeding to the point where regulatory systems based on process are technically difficult to defend. The committee recommends that new varieties—whether genetically engineered or conventionally bred—be subjected to safety testing if they have novel intended or unintended characteristics with potential hazards. It proposes a tiered approach to regulation that is based in part on new -omics technologies that will be able to compare the molecular profiles of a new variety and a counterpart already in widespread use. In addition, GE crop governance should be transparent and participatory.

Next: Summary »
Genetically Engineered Crops: Experiences and Prospects Get This Book
× 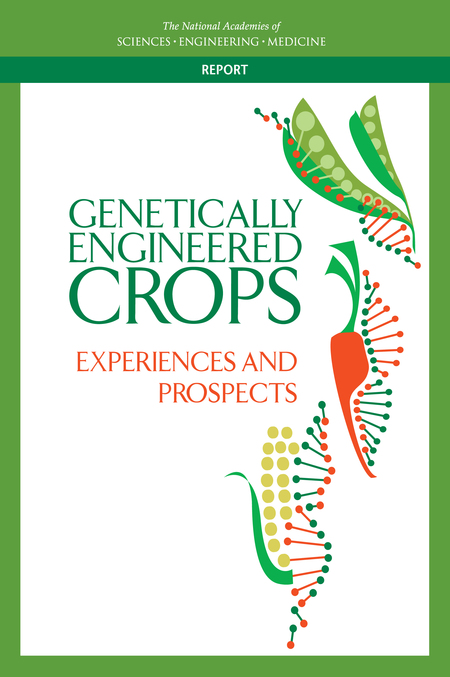 Genetically engineered (GE) crops were first introduced commercially in the 1990s. After two decades of production, some groups and individuals remain critical of the technology based on their concerns about possible adverse effects on human health, the environment, and ethical considerations. At the same time, others are concerned that the technology is not reaching its potential to improve human health and the environment because of stringent regulations and reduced public funding to develop products offering more benefits to society. While the debate about these and other questions related to the genetic engineering techniques of the first 20 years goes on, emerging genetic-engineering technologies are adding new complexities to the conversation.

Genetically Engineered Crops builds on previous related Academies reports published between 1987 and 2010 by undertaking a retrospective examination of the purported positive and adverse effects of GE crops and to anticipate what emerging genetic-engineering technologies hold for the future. This report indicates where there are uncertainties about the economic, agronomic, health, safety, or other impacts of GE crops and food, and makes recommendations to fill gaps in safety assessments, increase regulatory clarity, and improve innovations in and access to GE technology.