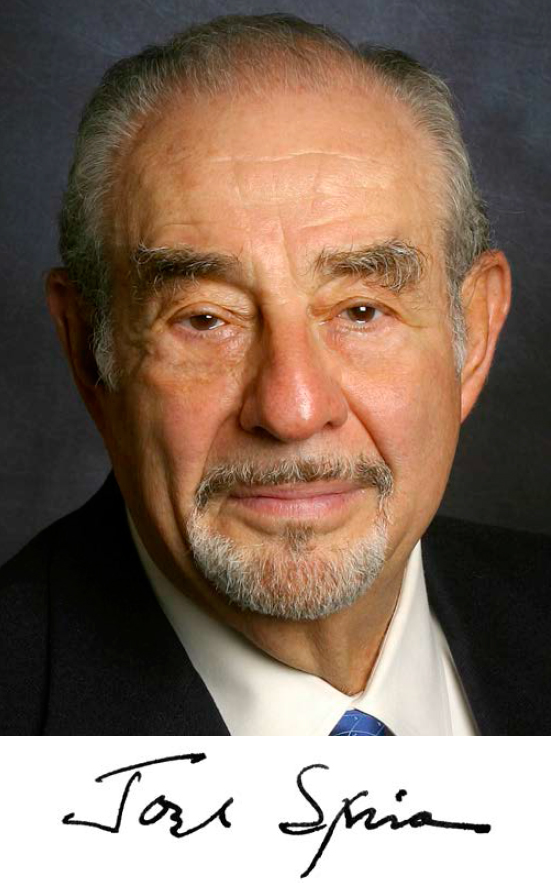 “For integrating semiconductor technology to lighting products, creating an internationally competitive company, and for continuing work with engineering education.”

BY STEPHEN DIRECTOR AND JOEL MOSES

JOEL SOLON SPIRA, a prodigious innovator who changed the way we illuminate our homes by inventing the first solid state electronic dimmer, and founded and built Lutron Electronics Co., Inc. into a global company selling a wide array of lighting controls, passed away at his home on April 8, 2015, at age 88.

Spira, who was chairman, founder, and director of research, started Lutron in 1961 with his wife Ruth in a spare bedroom of their apartment on the Upper West Side of Manhattan. He used his extraordinary talent for tinkering, engineering, and business to transform the small firm into a highly respected worldwide brand.

Joel was born in New York City on March 1, 1927, to Elias and Edna Spira. After proudly serving in the US Navy from 1944 to 1946, he attended Purdue University and earned a bachelor of science degree in physics in 1948.

At first, he worked for a defense contractor on projects that ultimately led him to think about lighting control—ideas that led to the commercialization of the dimmer for household use. The Capri dimmer was introduced in the early 1960s with ads suggesting that it could enhance the ambiance of a room by “dialing romance.” Today, Lutron makes some 14,000 products that can be found in over 100 countries in residences,

Joel and Ruth moved the company to Coopersburg, in the Lehigh Valley region of eastern Pennsylvania. Even as Lutron grew into a global company, with sales in more than 100 countries, he continued to run the business with a personal touch. He treated employees like members of his extended family and took time to know people on a personal level.

Always looking at things with a “what could be” instead of a “what is” attitude, Joel’s true passion was coming up with new inventions and creative ways of looking at things. He sweated the details, and was committed to precise, dogged attention to the highest quality standards. He didn’t just create something for his own sake or for the money—he wanted to create wealth in society and deliver value. He will be remembered as an entrepreneur and took great pride in everything he did, from working on the early stages of an engineering project, to creating and growing a global business.

Insatiably curious and inquisitive, he was the holder of more than 300 US patents, and under his guidance Lutron expanded its product line from basic, utilitarian dimmer switches to highly advanced and high-tech lighting controls and home automation systems.

Joel led Lutron for 54 years. He also created a company called Subarashii Kudamono (“Wonderful Fruit” in Japanese), a grower and marketer of unique Asian pears, after being introduced to the fruit during his business travels to the Far East.

donated to the Electricity Collection of the Smithsonian National Museum of Natural History.

Joel always took time out to do even the smallest things for his community, his company, and his family. He was a contributor to the arts, health care, and education and he was a proud and generous member of Congregation Keneseth Israel of Allentown.

He loved his family and treasured his time with each family member. Wednesday movie night with Ruth was a sacred tradition. He also took tremendous pleasure in the whimsical, such as his watch collection, birdwatching, and his penchant for colorful outfits.

Joel will be remembered as a wonderful, loving husband, father, and grandfather. He is survived by his beloved wife, Ruth Rodale Spira, to whom he was married for 60 years; his sister Miriam Spira Poser; daughters Susan Spira Hakkarainen (husband Pekka Hakkarainen), Lily Spira Housler (husband Ryan Housler), and Juno Spira; and grandsons Ari Hakkarainen, Max Hakkarainen, and Bailey Malanczuk.

Next: JIN WU »
Memorial Tributes: Volume 21 Get This Book
× 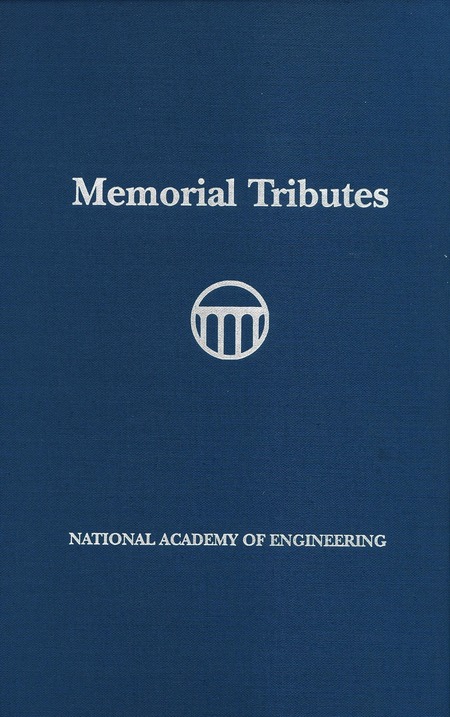 This is the 21st Volume in the series Memorial Tributes compiled by the National Academy of Engineering as a personal remembrance of the lives and outstanding achievements of its members and foreign associates. These volumes are intended to stand as an enduring record of the many contributions of engineers and engineering to the benefit of humankind. In most cases, the authors of the tributes are contemporaries or colleagues who had personal knowledge of the interests and the engineering accomplishments of the deceased. Through its members and foreign associates, the Academy carries out the responsibilities for which it was established in 1964.