Get This Book
Visit NAP.edu/10766 to get more information about this book, to buy it in print, or to download it as a free PDF.
« Previous: J. Frank Schairer
Page 322 Share Cite
Suggested Citation:"Harry Bolton Seed." National Academy of Sciences. 1995. Biographical Memoirs: Volume 66. Washington, DC: The National Academies Press. doi: 10.17226/4961.
× 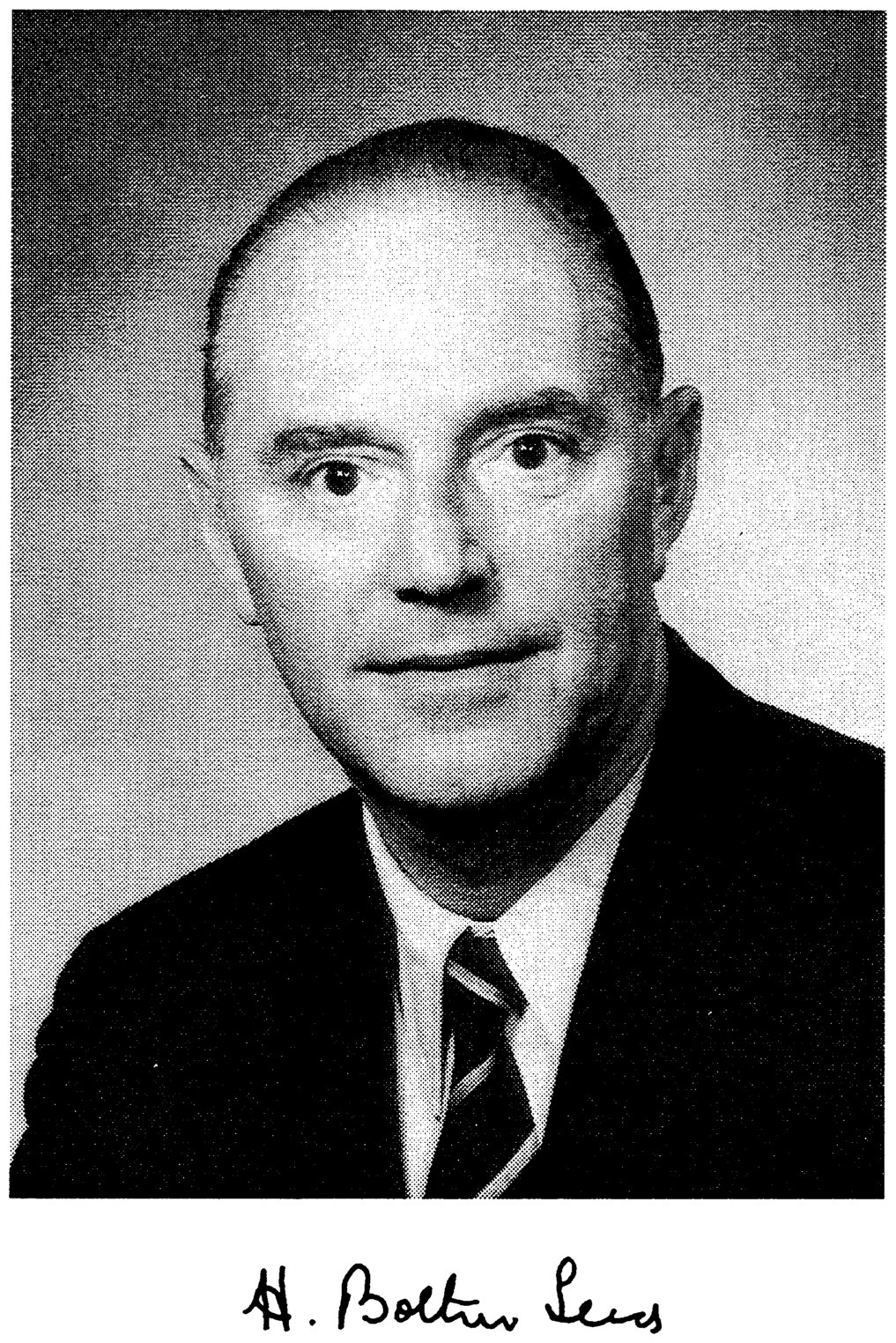 PROFESSOR HARRY BOLTON SEED was the father of the important new area of geotechnical earthquake engineering. Having established himself as one of the country's brightest and most productive young civil engineers by the time of the great Alaska earthquake in 1964, he immediately began research that led to an understanding of soil behavior and ground response during earthquakes that is the basis for present-day seismic design around the world. Concurrently he built the program in geotechnical engineering at the University of California, Berkeley, into one of the best in the world. He will be remembered as one of the foremost civil engineers of any generation, and the hundreds of students who learned from him during his forty years at Berkeley provide eloquent testimony to his superb teaching skills, brilliant mind, and compassion for all of those around him.

Harry Bolton Seed was born in Bolton, England, on August 19, 1922. The son of a cotton mill manager, he spent his childhood in the industrial center of Lancashire, where he attended Farnworth Grammar School. At Farnworth he excelled both at sports and academics, and thus were sown the seeds of what would become a most remarkable career.

Two influences from Farnworth were to change his life forever. The first of these was sport. As captain of the high school's soccer, cricket, and tennis teams, he developed a love for competition and tremendous physical stamina, both of which were to stand him in good stead throughout his subsequent collegiate and professional careers. Sport also presented him with his first serious dilemma with regard to career selection, as at the age of eighteen he was faced with the need to choose between a career as a professional soccer player or accepting England's highest scholarship award to attend the university of his choice. After making the difficult decision to accept the scholarship, he satisfied his desire for high-level soccer competition by captaining the University of London's soccer team, and in his senior year was selected as captain of the All-England team.

The second major influence on Harry's life at Farnworth was the school's headmaster, Mr. Wilson. In addition to being headmaster Wilson taught mathematics. Harry developed a lifelong love of mathematics in the Farnworth classroom. He also developed a heartfelt appreciation for the elegance of excellent instruction and would later credit Wilson with having instilled in him a desire to teach.

Harry Seed served as a lieutenant in the army during the Second World War and completed his undergraduate studies at the University of London, where he received a B.Sc. in civil engineering in 1944 and a Ph.D. in structural engineering in 1947. Following two years as assistant lecturer at Kings College, he came to the United States to study soil mechanics at Harvard University under the tutelage of Karl Terzaghi and Arthur Casagrande. He received his S.M. degree from Harvard in 1948 and spent the next year at Harvard as an instructor. This was followed by a year as a foundation engineer for Thomas Worcester, Inc., in Boston.

Professor Seed had an enormous impact on every area of research activity in which he worked. His early studies of the mechanics of pile foundations still form the basis of modern methods of pile-soil interaction analysis. His research on soil compaction and the influences of methods of compaction on soil structure and mechanical properties provides the foundation for current understanding. His contributions to analytical methods of pavement design were of the first rank.

In the 1960s he introduced the new field of geotechnical earthquake engineering, and he is recognized as the father of this important field. His pioneering studies included the development of methods for seismic site response analysis, for the analysis of soil-structure interaction, for seismicity evaluation, and for assessment and mitigation of liquefaction potential. The results of his research have led to a total revision of concepts and methods for earthquake resistant design of earth dams, nuclear power plants, coastal facilities, and building foundations, as well as revision of codes of practice, design procedures, and regulations. His meth-

ods and recommendations, founded on sound scientific principles, have been adopted throughout the world.

Through his research Professor Seed developed design methods that revolutionized many aspects of engineering practice and thinking. They have had enormous influence on the safety of critical structures such as major dams, nuclear power plants, and highrise buildings. His investigations of major disasters, such as the 1964 great Alaska earthquake, the 1971 San Fernando earthquake in California, the 1976 failure of the Teton dam, the 1979 slide at the port of Nice in France, and the 1985 Mexico City earthquake, have, with the aid of modern methods of analysis and experimental techniques, led to a basic understanding of their causes and to the measures that must be taken to prevent similar occurrences in the future.

In addition to his many research contributions, Professor Seed was also unusually active as an international consultant. He served as a consultant on projects all over the world, on behalf of both domestic and foreign government agencies and engineering firms, including virtually every major civil engineering organization in the United States. Of the hundreds of projects in which he participated, most were critical facilities, including more than 100 major dams, more than 20 nuclear power plants, and innumerable major buildings and transportation facilities. His selection by the government of Egypt, under Agency for International Development sponsorship, to make a seismic safety evaluation of the Aswan High Dam placed the safety of virtually millions of people in his hands. His work in all these areas will have an impact on the world for generations to come.

Harry Seed's work as an engineering educator, scholar, and servant of his profession was unsurpassed. He was the epitome of a model scholar devoted to the advancement of engineering science and practice. He gave large amounts

of time to public service activities. He was always brilliant as a public speaker and was recognized for years as the best lecturer and teacher in his department. He guided fifty Ph.D. degree candidates to the successful completion of their dissertation research, and they have gone on to distinguished careers of their own in the geotechnical engineering field. Many have elected to follow his example and pursue university careers. Harry took great pride in the success of his doctoral students and was tremendously pleased to see three of them inducted into the National Academy of Engineering.

His writings—nearly 300 papers and reports—are exceptionally lucid and insightful and provide eloquent testimony, as well as a lasting record of his work. These writings were intended to teach, and have had an unprecedented impact on the geotechnical profession. In keeping with his firm conviction that teaching, research, and professional practice ideally should complement each other, his writings were aimed at a very broad audience and led to numerous important advances at all levels of the profession. Harry loved every aspect of his work, and he was fully active, maintaining a full schedule of teaching, research, and professional activity until very shortly before his death in April 1989.

Professor Seed was the recipient of many awards and honors for his contributions. The American Society of Civil Engineers accorded him more awards than any other engineer in the history of the society. These include the Norman Medal twice, the James J. R. Croes Medal three times, the Thomas A. Middlebrooks Award four times, the Thomas Fitch Rowland Prize, the Wellington Prize, the Walter A. Huber Research Prize, and the Karl Terzaghi Award. For his excellence as an educator he received the Distinguished Teaching Award from the University of California and the

Vincent Bendix Research Award and the Lamme Award from the American Society for Engineering Education.

Other awards include election as Fellow of Kings College, London University; the T. K. Hsieh Award of the British Royal Society and Institution of Civil Engineers, Great Britain; the Distinguished Engineering Achievement Award of the Institute for the Advance of Engineering; and the first Kevin Nash Gold Medal of the International Society for Soil Mechanics and Foundation Engineering.

Harry Seed was elected to the National Academy of Engineering in 1970, to honorary membership in the American Society of Civil Engineers in 1985, to the National Academy of Sciences in 1986, and to honorary membership in the Earthquake Engineering Research Institute in 1988. In 1987 he was awarded the first honorary doctoral degree awarded by the Ecole Nationale des Ponts et Chaussees in Paris.

Harry Seed was the devoted husband of Muriel Johnson Seed and father of Raymond Bolton Seed and Jacqueline Carol Seed. It was a source of great pleasure that his son

chose to enter the field of geotechnical engineering and is now a member of the civil engineering faculty at Berkeley.

Harry Bolton Seed was truly a giant of his generation, and all of us are the richer for having had him among us. His life's work of teaching, research, and professional practice have had a profound influence on the field of geotechnical engineering. For those who knew him well, however, he will be most remembered as a generous and compassionate gentleman, with wit, incisive insights, and a wide-ranging interest in the world around him. No problem was too small to be analyzed and solved; every person was given his time and consideration. He was truly a teacher in the highest sense of the word, and he is sorely missed.

1979 Considerations in the earthquake-resistant design of earth and rockfill dams. 19th Rankine lecture of the British Geotechnical Society, Geotechnique 29(3):215-63.

Next: Kenneth Wartinbee Spence »
Biographical Memoirs: Volume 66 Get This Book
× 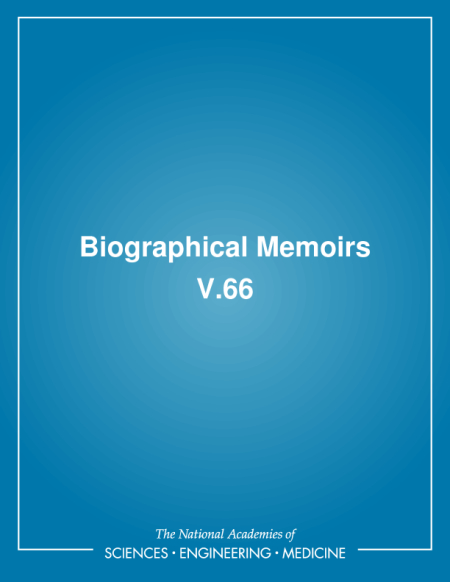 Biographic Memoirs: Volume 66 contains the biographies of deceased members of the National Academy of Sciences and bibliographies of their published works. Each biographical essay was written by a member of the Academy familiar with the professional career of the deceased. For historical and bibliographical purposes, these volumes are worth returning to time and again.