Get This Book
Visit NAP.edu/10766 to get more information about this book, to buy it in print, or to download it as a free PDF.
« Previous: A Site Visits
Page 268 Share Cite
Suggested Citation:"B Public Hearing." Institute of Medicine. 1996. Primary Care: America's Health in a New Era. Washington, DC: The National Academies Press. doi: 10.17226/5152.
×

COMMITTEE ON THE FUTURE OF PRIMARY CARE

American Academy of Allergy and Immunology

American Association of Colleges of Nursing

American Board of Family Practice

American Board of Internal Medicine

American Board of Pediatrics

American College of Allergy and Immunology

American College of Obstetricians and Gynecologists

Association of Professors of Medicine

Association of State and Territorial Directors of Nursing

Association of Teachers of Preventive Medicine

Council on Resident Education in Obstetrics and Gynecology

National Board of Medical Examiners

Society of Teachers of Family Medicine

World Organization for Care in the Home and Hospice

Next: C Workshops »
Primary Care: America's Health in a New Era Get This Book
× 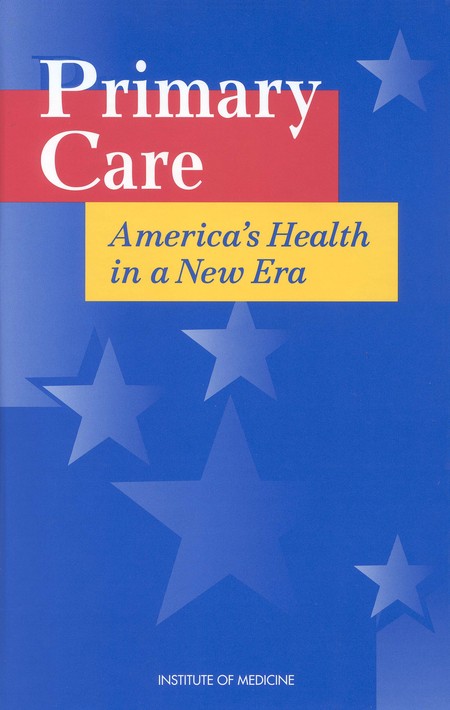 Ask for a definition of primary care, and you are likely to hear as many answers as there are health care professionals in your survey. Primary Care fills this gap with a detailed definition already adopted by professional organizations and praised at recent conferences. This volume makes recommendations for improving primary care, building its organization, financing, infrastructure, and knowledge base—as well as developing a way of thinking and acting for primary care clinicians. Are there enough primary care doctors? Are they merely gatekeepers? Is the traditional relationship between patient and doctor outmoded? The committee draws conclusions about these and other controversies in a comprehensive and up-to-date discussion that covers:

This volume discusses the needs of special populations, the role of the capitation method of payment, and more. Recommendations are offered for achieving a more multidisciplinary education for primary care clinicians. Research priorities are identified. Primary Care provides a forward-thinking view of primary care as it should be practiced in the new integrated health care delivery systems—important to health care clinicians and those who train and employ them, policymakers at all levels, health care managers, payers, and interested individuals.