The Human Exploration of Space (1997)

Visit NAP.edu/10766 to get more information about this book, to buy it in print, or to download it as a free PDF.
Page i Share Cite
Suggested Citation:"Front Matter." National Research Council. 1997. The Human Exploration of Space. Washington, DC: The National Academies Press. doi: 10.17226/6058.
×

Foreword During 1988, the National Research Council's Space Science Board reorga- nized itself to more effectively address NASA's advisory needs. The Board's scope was broadened: it was renamed the Space Studies Board and, among other new initiatives, the Committee on Human Exploration was created. The new committee was intended to focus on the scientific aspects of human exploration programs, rather than engineering issues. Early on, the committee recognized that an orderly review and clear statement of the role of science in human explo- ration should include, but distinguish between, science that must be conducted before human exploration beyond Earth's immediate environs could be practi- cally undertaken, and science that would be enabled or facilitated by human presence on other worlds. This approach led to two reports, Scientific Prerequi- sites for the Human Exploration of Space and Scientific Opportunities in the Human Exploration of Space, published in 1993 and 1994, respectively. While these studies were in progress, the value of a third study that would focus on issues of science management within a human exploration program was recog- nized; this third topic was taken up after the Opportunities report was completed, and was published this year as Science Management in the Human Exploration of Space. These three reports are collected and reprinted in this volume in their entirety as originally published. During the decade of existence of the Committee on Human Exploration, the prospects for human exploration have ebbed and flowed. On July 20, 1989, President George Bush announced that the United States should undertake "a sustained program of manned exploration of the solar system." Timed to com- memorate the 20th anniversary of the first human landing on the Moon, this announcement formalized a deep aspiration that has suffused space enthusiasts . . .

iv FOREWORD and professionals since the very beginning of the rocket era in this century and motivated the formation of the Board's Committee on Human Exploration and its studies. Cost estimates for interplanetary travel proved very discouraging, how- ever, and NASA's human flight capabilities were soon focused on the space station program. But the goal of flight beyond the Earth-Moon system has never entirely faded and has remained the subject of dreams and long-range studies at a low level. The present series of reports, eight years in the making from the initial formation of the committee, seems to have been paced exactly right: the subject of human exploration of Mars is coming increasingly to the fore. Significant progress has been made in many scientific areas during this period; for example, in 1996 the Board enlarged on a key topic in the committee's first report with a detailed survey of research required in the area of biological effects of radiation.] Also in 1996, possible evidence for ancient Mars life was found in an Antarctic meteorite. Technology, too, has advanced enormously. As this volume goes to press, the Mars Pathfinder's Sagan Station is operating on Mars, and its tiny Sojourner rover is conducting the first mobile field geology of another planet. Last fall, a historic partnership was formalized between NASA's human spaceflight, life science, and space science offices to collaborate in an integrated program of robotic, and ultimately human, exploration of Mars. At the same time, reinvention of NASA over the past five years has renewed commitment to developing and applying new technology and to lowering project costs. A sus- tained and systematic drive toward the needed science and technology may be bringing the grand challenge of human exploration of the solar system within reach. Claude R. Canizares Chair Space Studies Board Louis J. Lanzerotti Former Chair Space Studies Board 1Space Studies Board, National Research Council, Radiation Hazards to Crews of Interplanetary Missions: Biological Issues and Research Strategies, National Academy Press, Washington, D.C., 1996. 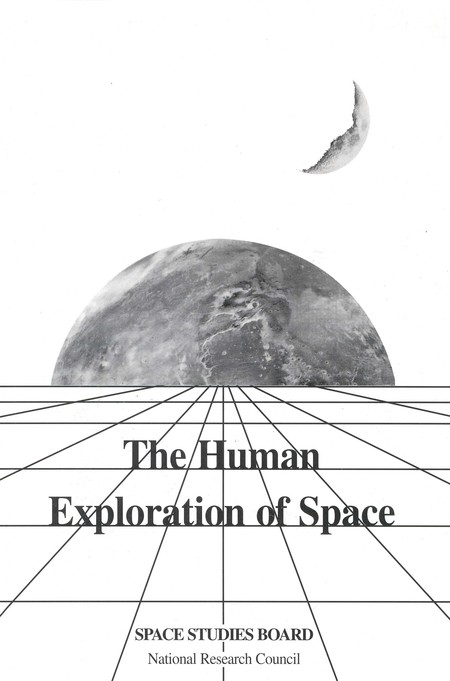