The Role of Technology in Environmentally Sustainable Development (1995)

Get This Book
Visit NAP.edu/10766 to get more information about this book, to buy it in print, or to download it as a free PDF.
Page i Share Cite
Suggested Citation:"Front Matter." National Research Council. 1995. The Role of Technology in Environmentally Sustainable Development. Washington, DC: The National Academies Press. doi: 10.17226/9236.
×

The Role of Technology in Environmentally Sustainable Development

A Declaration of the

Council of Academies of Engineering and Technological Sciences

The Council of Academies of Engineering and Technological Sciences (CAETS) was founded in 1978 and presently consists of 14 national academies. These academies represent the engineering and technological leadership in their respective countries.

The Council agreed to the enclosed declaration on the important role of technology in a sustainable future for humanity at its biennial Convocation in Kiruna, Sweden, in June 1995. The theme of the conference was “Creating Wealth in Harmony with the Environment—the Role of Engineers and their Academies”.

The Council recognizes that many factors impinge on efforts to achieve sustainability. These include continuing population growth; the desire for improved quality of life; the need to eliminate poverty; and the desire for the economic benefits of industrialization. The Council 's declaration focuses on the critical role of technology in assisting society to achieve environmentally sustainable economic growth.

One of the major aims of CAETS is to promote the application of scientific and engineering knowledge and the advancement of new technologies, including those for sustainable development. One purpose of this declaration is to communicate the importance of engineering and technology to national and international organizations, including governments. It is also intended to make them aware of the intellectual resources of the world's engineering community, as represented by CAETS and its members, resources that could be made available both to help solve

problems and to indicate the direction that should be taken to address society's needs.

The declaration is also intended to communicate to colleagues in science and engineering throughout the world our views on technology and sustainable development.

Approved by the Governing Board of CAETS in Kiruna, Sweden,

Council on Applications of the Academy of Sciences of France

Next: Contents »
The Role of Technology in Environmentally Sustainable Development Get This Book
× 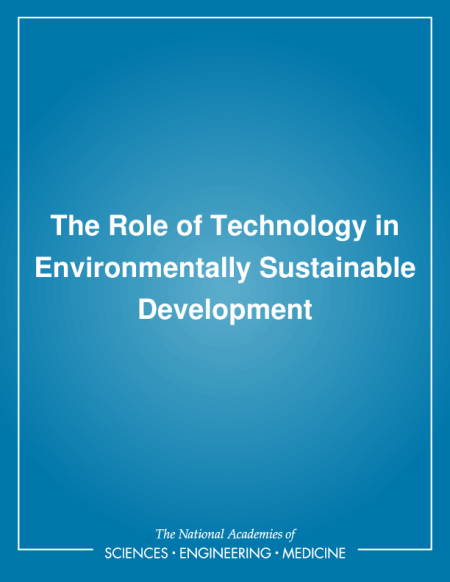